Paperback Writer: Land Has Lived It All 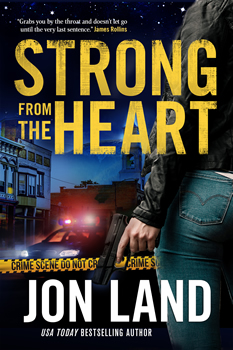 Jon Land is a paperback writer.

Most of his books today are released in hardback—an acknowledgement of his status and work ethic. But the spirit of the paperback writer lives on deep within his soul since he first published The Doomsday Spiral back in 1983 at the tender age of 26.

A conversation with Land—when you can get a word in edgewise—reveals a raconteur and publishing philosopher. He’s lived through and been in the thick of the publishing world for two generations—nearly four decades—and has watched closely as it evolved—and not always to his liking.

Where once his books flew off the shelves in airports, consolidation in the book distribution business has seen that all but disappear for him. So today, he makes no bones about writing and publishing four books a year to maintain his lifestyle—two in the Jessica Fletcher “Murder She Wrote” series, which he took over just three years ago, one nonfiction book and—we save the best for last—his Caitlin Strong thriller series. His 11th in the popular series, STRONG FROM THE HEART, is a romp through the opioid crisis, mixed with an underworld focus on mass murder. Just another day at the office, you might say, for Texas Ranger Caitlin Strong.

“I use the James Bond method…a lot more people are going to die,” Land says.

Actually, an entire Texas town disappears and Caitlin Strong is sent to find out why. Land mixes the history of Texas and Mexico into his novel recipe to give perspective to how we got here—not only the illegal drug wars, but the current opioid crisis. His knowledge of southern Texas in STRONG FROM THE HEART is so convincing you may have a difficult time believing Land is a born and bred Rhode Islander, where he still resides today.

Land started out as a journalist. His first article was for People magazine. “I fell in love with seeing my name in print,” he says. “My first article in People was completely rewritten by the editors. But I loved to write, loved to tell stories.”

He then started writing for The Saturday Evening Post—or at least tried to. He submitted a story that was too controversial for publication, but the editors liked it so much they urged him to freelance for them. They had an opening to write Hollywood profiles and he took it. He wrote one of the last interviews with Natalie Wood and Robert Wagner before she mysteriously drowned off the coast of Catalina Island on the California coast. Land also interviewed dancing legend Gene Kelly before finally settling down to writing novels. Remember, Land was given these big-name assignments when he was just out of college and barely old enough to legally drink in some states. 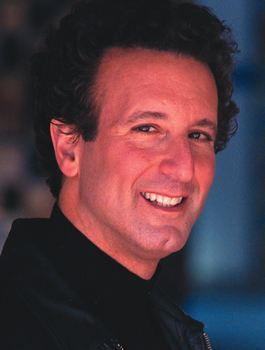 He is a graduate of Brown University in his hometown of Providence, where he originally was studying pre-law. Lucky for him his professors allowed him to write a novel as his senior thesis.

“I’d never taken a writing class,” he says. “If it wasn’t for Brown’s curriculum and the freedom to change horses in the middle of the stream, none of this would have happened.”

Today, that senior thesis is still in a drawer somewhere, but it didn’t slow him down from writing and soon, at an age when others were just dreaming of writing a book, Jon Land was a published author.

At his core, Land sees himself as a paperback author in the true sense of generations past. He credits the likes of Robert Ludlum, Stephen King, Clive Cussler, and David Morrell for inspiring him to write. But he admits, “I didn’t know I wanted to write thrillers at the time.”

“I’m a paperback writer. I’m an airport guy,” he says. “I want the person who picks up a Caitlin Strong novel to be like the person I was when I picked up a novel and never got up off the bed until it was done.”

STRONG FROM THE HEART might just do that for you. But Caitlin’s background might surprise you. Of course she’s a tough Texas Ranger. But in this novel, she’s struggling with an addiction to the prescription painkiller Vicodin. She’s been through a lot in the 11-book series and this is just one of many obstacles in her latest adventure.

“Caitlin Strong was born in a marketing meeting because it seemed like there was this whole genre where there were no female action heroes,” Land says. There, in New York’s famed Flatiron Building more than a decade ago, his publisher, Tom Doherty of Forge Books, a Macmillan Publishing Group imprint, was looking for new ideas and a new direction for Land’s fiction (he has more than 40 books under his belt). 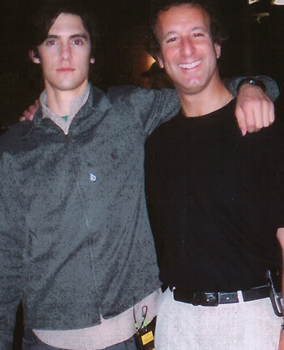 Land with This Is Us star Milo Ventimiglia, who starred in Land’s one and only movie, Dirty Deeds, shot in 2004.

Land’s personality is so gregarious that you might misread him. He’s actually modest about his work and his beginnings. His first 13 books were paperbacks before he finally broke out with a hardcover. He’s done the journeyman’s work to promote his work to bestsellerdom status in the world of thrillers.

“I don’t think I’m a pioneer or someone who defines the genre. I’ve imitated the people who have,” he says.

Caitlin Strong would beg to differ.

Early in his paperback writing career, his publisher sent him to meet book wholesalers and buyers, not go on bookstore tours to meet fans as other publishers routinely did.

“I was a great impulse buy. Not a destination buy,” he says. His books would be on display when you first walked into Waldenbooks or on the bestseller rack in a Hudson bookstore in airports around the nation. He rode that marketing machine to great success.

Land has reached USA Today bestseller status, but so far the New York Times list has eluded him. But he’s still sold an awful lot of books. And with the downward trend in mass-market paperback sales (a 30 percent drop from 2013 to 2018), he says, “It’s very difficult today for writers like me to keep an audience and younger writers to build one.”

Caitlin Strong has helped, along with his gig writing Jessica Fletcher novels. But what many don’t know about Land is he is also an accomplished nonfiction author. STRONG FROM THE HEART was born out of a nonfiction book he wrote. “I had all of this knowledge so it was easy to transfer it to a Caitlin Strong novel.”

And he is currently co-authoring a book on overcoming adversity, something writers know all too well. He has also interviewed 24 lung cancer survivors as part of his research for another nonfiction book—both a long reach from his Caitlin Strong series. 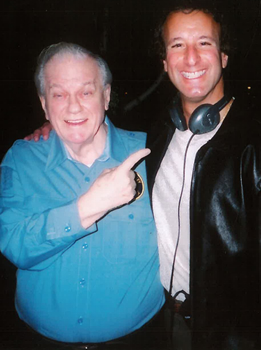 Land with screen legend Charles Durning on the set of Dirty Deeds.

His writing habits are as divergent as his writing interests. He researches and writes from 11 a.m. to 3 p.m. daily, then visits the gym (you only have to glimpse his biceps to realize he’s a weight lifter) and later watches evening cable news and yells at the screen nightly. Only after that, from about 8:30 to midnight (or later), does he sit before his computer and begin a second daily round of composing diabolical rhythms on his keyboard.

“The most I can write at one time is about two hours…By splitting it into two sessions,” he says, “I may not have liked what I did in the afternoon, but I can redeem myself that night.”

His philosophy? “The more fun you have writing a story, the more fun the reader will have…If you can’t put it down…that’s the definition of a thriller. It’s not so much the genre as it is the ability of the author to move you.”

And writing has certainly moved Jon Land, not only as the father of Caitlin Strong and as a nonfiction author, but on occasion, even as a screenwriter. He seems to somehow pack it all into his daily routine. It’s a business he’s learned from the ground up and one he knows better than most authors. After all, he philosophizes; writing is “the only profession that you don’t choose. It chooses you.”