The 2020 ITW Thriller Award Nominees Are… 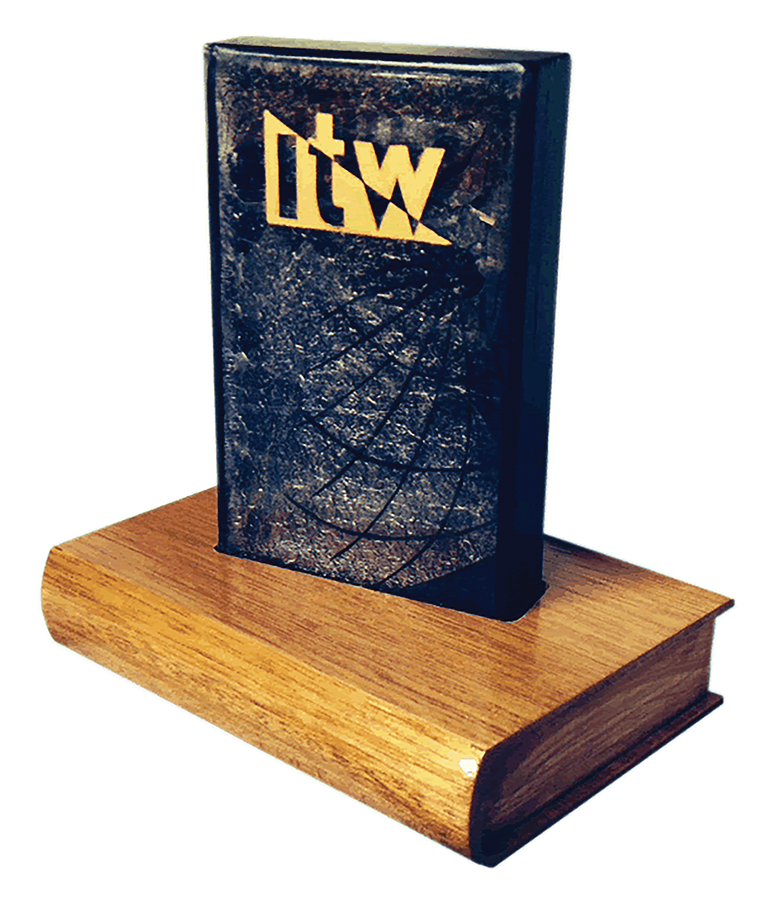 While circumstances have prevented us from gathering at New York’s Grand Hyatt to recognize this year’s ITW Thriller Award winners, the competition was no less fierce than usual. Our panels of judges reviewed hundreds of entries (sometimes in a single category) to find and honor the best the thriller genre had to offer in 2019. From the Big Five publishers to indie authors, from epic novels to bite-sized short stories, from adult fiction to novels for young readers, here are the finalists for this year’s Thriller Awards.

While only one author will take home the award (or rather, since it’s 2020, receive a nifty trophy in the mail) in each category, ITW salutes all of the following writers for their outstanding contributions to the genre we love. Your TBR pile can thank us later. 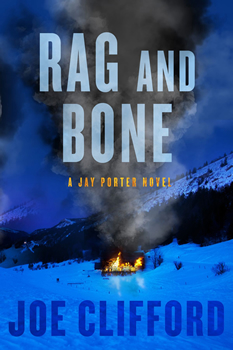 David Baldacci—One Good Deed (Grand Central Publishing). To date, Baldacci’s impressive publishing career has produced more than 40 novels for adults—all of which have been national or international bestsellers—and seven novels for young readers. Baldacci also devotes considerable time and resources to a number of philanthropic endeavors, including his family’s Wish You Well literacy advocacy organization and Feeding Body & Mind, a partnership with Feeding America. One Good Deed is Baldacci’s 41st novel for adults and the first in the Archer series.

Joe Clifford—Rag and Bone (Oceanview Publishing). After spending nearly a decade as a homeless heroin addict, Clifford pulled off a stunning turnaround: he earned an MFA from Florida International University in 2008, published an acclaimed autobiographical novel (Junkie Love) in 2010, and has since authored the bestselling Jay Porter thriller series, edited a pair of music-inspired crime anthologies, and become a sought-after writing instructor and speaker on the literary conference circuit. Rag and Bone is Book 5 in the Jay Porter series.

Rachel Howzell Hall—They All Fall Down (Forge Books). Since her debut novel, A Quiet Storm, hit shelves in 2002, Hall’s work has appeared on countless Best Of lists and earned rave reviews from Publishers Weekly, O Magazine, Library Journal, the LA Times, and more. Hall is the author of the acclaimed Lou Norton series, which includes 2014’s Land of Shadows and 2017’s City of Saviors. They All Fall Down is Hall’s twisty, thoroughly modern tribute to Agatha Christie’s classic And Then There Were None.

Adrian McKinty—The Chain (Mulholland Books). McKinty has been a critical favorite since his debut novel, Dead I Well May Be, was published in 2003, but mainstream success eluded him—in fact, he decided to quit writing altogether in 2017 (the same year his Sean Duffy novel Rain Dogs won Anthony, Barry, and Edgar awards). What happened next is the stuff of publishing legend: Don Winslow connected McKinty with Winslow’s agent, who convinced McKinty to give writing one more try. The result was The Chain, which landed McKinty a six-figure publishing deal, a seven-figure film option by Paramount—and a Best Hardcover nomination in the ITW Thriller Awards.

Denise Mina—Conviction (Mulholland Books). Mina’s 1998 debut, Garnethill, won the CWA’s John Creasey Dagger for Best First Crime Novel. Since then Mina has completed the Garnethill trilogy and authored the Paddy Meehan novels, the Alex Morrow series, several comics and graphic novels for DC’s Vertigo imprint, stage plays, audio dramas, and a number of standalones, including 2017’s spectacular The Long Drop (also a Thriller Award nominee in this category). Besides its nomination for Best Hardcover, Conviction is a Reese Witherspoon book club pick and a New York Times Best Crime Novel of the Year. 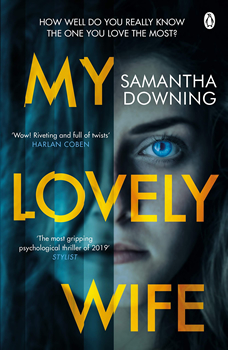 Samantha Downing—My Lovely Wife (Berkley). Downing is proof that persistence and dedication to craft pay off: My Lovely Wife is her 12th novel, but the first that she felt confident enough to submit. Besides a Best First Novel nomination, Downing’s debut was an instant international bestseller, an Edgar nominee, and an Amazon Best Book of the Month, and film rights have been acquired by Amazon Studios and Nicole Kidman’s Blossom Films.

Angie Kim—Miracle Creek (Farrar, Straus and Giroux). Kim’s Edgar-winning novel was named a Best Book of the Year by the Washington Post, Library Journal, and Kirkus, and landed her on Variety’s list of “10 Storytellers to Watch.” It’s an auspicious debut for the Seoul native and Harvard Law School grad, whose nonfiction writings have appeared in the New York Times, Vogue, and The Southern Review.

John McMahon—The Good Detective (G. P. Putnam’s Son). McMahon’s novel—the first in a series featuring Georgia police detective P. T. Marsh—was included on the New York Times Book Review’s list of Best Crime Novels of the Year. While The Good Detective is his first novel, McMahon is no stranger to high-profile awards; in his work as an ad agency creative director, he won a Gold Clio for his work on a Fiat campaign.

Alex Michaelides—The Silent Patient (Celadon Books). Cyprus-born screenwriter Michaelides thought his editor was joking when he told him his debut novel had entered the New York Times bestseller list at number one. Acquired by Celadon just 12 hours after submission, the novel has since been optioned for the screen by Annapurna Pictures and Brad Pitt’s Plan B.

Lauren Wilkinson—American Spy (Random House). Wilkinson’s spectacular debut was nominated for an Anthony, an Edgar, and an NAACP Image Award in addition to being included on President Barack Obama’s 2019 Recommended Reading List. A former Center for Fiction Emerging Writer Fellow, Wilkinson has written for New York magazine and the New York Times; she currently works as a television writer in Los Angeles. 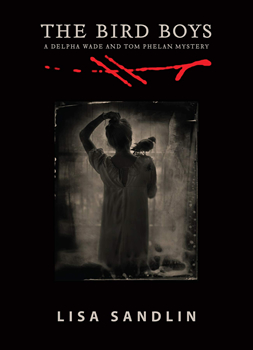 Max Allan Collins—Girl Most Likely (Thomas & Mercer). Eighteen-time Shamus Award nominee Collins is perhaps best known for his graphic novels, including the New York Times bestseller Road to Perdition. Girl Most Likely is Book 1 in the Krista and Keith Larson series about a father-daughter detective team.

Alison Gaylin—Never Look Back (William Morrow Paperbacks). A former tabloid writer, Gaylin was nominated for an Edgar Award for her debut, 2005’s Hide Your Eyes. She has gone on to write 10 more novels, including the Edgar-winning If I Die Tonight and the Shamus Award-winning, USA Today bestselling Brenna Spector series. Her 11th offering, Never Look Back, earned a starred review from Kirkus.

Alastair Luft—Jihadi Bride (Black Rose Writing). Luft, a 20-year veteran of the Canadian military, earned a 2019 Pencraft Award for his second thriller, about a man who fights to save his daughter from being radicalized by Syria’s Islamic Caliphate. Also a noted public speaker, Luft has delivered talks at Calgary’s Signal vs. Noise and the inaugural TEDx Don Mills event.

Dervla McTiernan—The Scholar (Penguin Books). An Ireland-to-Australia transplant, McTiernan is a former lawyer who found the confidence to finish her first novel when she was shortlisted in the Sisters in Crime Scarlet Stiletto writing competition. Besides its Thriller Award nomination, The Scholar was also shortlisted for an Australian Industry Book Award. McTiernan’s debut novel, The Ruins, has been optioned for TV by Hopscotch Features.

Lisa Sandlin—The Bird Boys (Cinco Puntos Press). Sandlin’s work has earned her a Pushcart Prize and an NEA fellowship, among a long list of other honors. The Bird Boys is a follow-up to 2015’s The Do-Right, which was honored with a Shamus Award and a Hammett Prize. Besides Edgar and Shamus nominations, The Bird Boys was included on the New York Times Book Review’s list of Best Crime Novels of the Year. 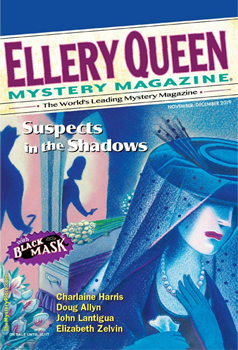 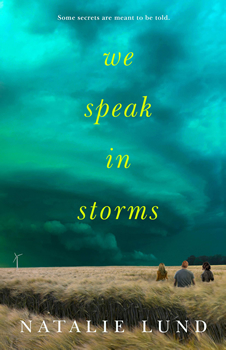 Jen Conley—Seven Ways to Get Rid of Harry (Down & Out Books). Conley’s short stories have appeared in ThugLit, Beat to a Pulp, Trouble in the Heartland: Crime Fiction Inspired by the Songs of Bruce Springsteen, and numerous other outlets. Her short story collection, Cannibals: Stories from the Edge of the Pine Barrens, was an Anthony Award finalist. Conley is an active member of the crime writing community; besides her work with the Noir at the Bar reading series, she’s an editor for the flash-fiction site Shotgun Honey.

Randy Ribay—Patron Saints of Nothing (Kokila/Penguin Young Readers). Ribay’s YA powerhouse has been named a finalist for the National Book Award, the LA Times Book Prize, the Edgar Award for YA, and the CILIP Carnegie Medal. Born in the Philippines and raised in the Midwest, Ribay (pronounced REE-bye) currently teaches high school in the San Francisco Bay Area.

Tom Ryan—Keep This to Yourself (Albert Whitman & Company). Canadian author Ryan was a 2017 Lambda Literary Fellow in Young Adult Fiction, and three of his YA novels were named to the ALA Rainbow List. Keep This to Yourself has so far earned a starred review from Kirkus and the 2020 Arthur Ellis Award for Best YA Crime Book. His next teen thriller, I Hope You’re Listening, is slated for release in October. 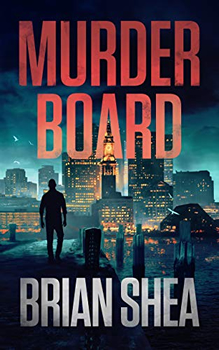 Brian Shea—Murder Board (Severn River Publishing). A Navy veteran and former detective, Shea is the author of the Nick Lawrence series and the Boston Crime Thriller series, which kicked off in 2019 with the Best E-Book Original Novel nominee Murder Board.

LynDee Walker—Leave No Stone (Severn River Publishing). A former journalist whose work has appeared in newspapers and magazines across the US, Walker’s debut thriller, Front Page Fatality, won an Agatha Award for Best First Novel. Leave No Stone is the second installment in Walker’s Faith McClellan mystery series.

Kerry Wilkinson—Close to You (Bookouture). Wilkinson is the bestselling author of the Jessica Daniel and Andrew Hunter crime novels, the Silver Blackthorn series, and a number of standalones. Though he mainly publishes in the thriller genre, he won the Romantic Novelists’ Association award for Young Adult Novel of the Year in 2018 for his YA romance Ten Birthdays.