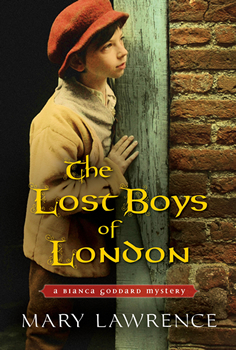 Set in the final years of King Henry VIII’s reign, an alchemist’s daughter uses her skills to aid the living and help seek justice for the dead…

While her husband fights the Scots on behalf of King Henry VIII, Bianca Goddard earns her coin by concocting medicines that offer relief to London’s sick. Some unfortunates, however, are beyond any remedies she can provide–like the young boy discovered hanging from a church dripstone. Examining the body, Bianca finds a rosary twined around the child’s neck. A week later, another boy is found dead at a different church. When Bianca’s impish acquaintance, Fisk, goes missing, she fears he may become the third victim…

There are many villains who would prey on wayward, penniless boys. But Bianca suspects the killings are not brutal acts of impulse, but something far more calculated. In her room of Medicinals and Physickes, she examines the sole piece of evidence: a sweet-smelling stained cloth. If Bianca can unravel its secret, reputations and lives will be saved. The expected hour of the next murder is approaching, and a single misstep may mean another boy is lost forever…

With the release of Book Five in the Bianca Goddard Mysteries series, author Mary Lawrence chatted with The Big Thrill about THE LOST BOYS OF LONDON:

It interested me to learn that Henry VIII closely followed Lutheranism when he reformed the church, but later denounced many of their basic tenets.

I’m hoping the book will appeal to those historical mystery fans who enjoy a lively, yet cerebral reading experience. Even those who would not normally pick up a story set in Tudor England can enjoy this one. 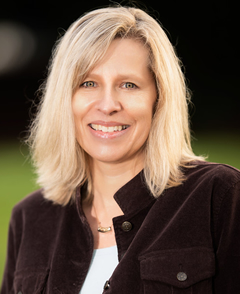 I love researching Tudor England, its politics, morals, and language. I never fail to find some tidbit of information that might enrich the way I depict the era.

There are several battle scenes in this book. Usually mystery series don’t include such historical accounts. Why did you include them?

In the previous book, Bianca’s husband is conscripted into Henry’s army to fight either in France or Scotland. I felt like it was important to the series to paint the political backdrop of life for a typical commoner during Henry’s final years. I did a great deal of research about Henry’s attempt to subjugate Scotland and break the auld alliance between Scotland and France. I think it gives a more realistic feel to the story as a whole.

The story arc resolves John and Bianca’s journey together. This is the last book in the series.

I admire Hillary Mantel’s Bring Up the Bodies and Wolf Hall for her astute angle and interesting storytelling for this time. No one else has interpreted Thomas Cromwell as a thoughtful political player. History has painted him as a brutal, manipulative man, but Mantel has given him a nuanced personality, which I find more interesting.
I also love Jeanette Winterson’s writing for her unique and audacious style.

Mary Lawrence is author of the Bianca Goddard Mysteries set in the final years of King Henry VIII’s England. The series has been commended for its realistic portrayal of commoners and careful research. She lives in Maine and runs a berry farm with her husband. Other books in the series include The Alchemist’s Daughter, Death of an Alchemist, Death at St. Vedast, and The Alchemist of Lost Souls.