Harlan Coben on His Netflix Adaptations 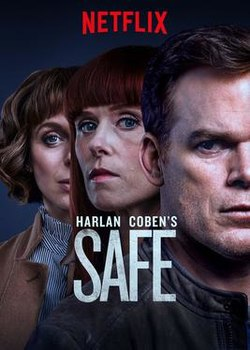 [Note: The following feature is based on two interviews: one conducted in February prior to the release of Coben’s latest novel, The Boy from the Woods, and a follow-up interview conducted after the onset of the COVID-19 crisis.]

It could be many months before the publishing industry can fully gauge the fallout of the COVID-19 pandemic, but at least one thing is immediately apparent: with a third of the world’s population on lockdown, there’s never been a higher demand for streaming literary adaptations.

Few writers are better positioned than Harlan Coben to appreciate the impact of what might be the largest captive audience in history. In August 2018, news broke that Coben, author of bestselling thrillers such as Tell No One, Run Away, and this year’s The Boy from the Woods, had entered into an expansive deal with Netflix to adapt 14 of his novels for English-speaking and foreign-language markets around the world. Coben’s relationship with the streaming giant has already produced the hit series Safe, The Five, and The Stranger, with development or production underway on numerous other titles.

Now that the pandemic has placed an asterisk on “production underway,” the Coben adaptations are a perfect microcosm of the broader Netflix slate: social distancing measures have shut down all of the platform’s productions, even as viewership has skyrocketed to an all-time high. As of April 21, the service had added nearly 16 million new subscribers in the last three months—more than twice the number expected for the period—bringing the total number of subscribers to almost 183 million worldwide.

While Netflix is notoriously tight-lipped about ratings, the company’s first-quarter earnings release indicates that a large percentage of those customers have an appetite for true crime and thrillers. Some 64 million subscribers started watching the aptly subtitled docuseries Tiger King: Murder, Mayhem and Madness, while Spenser Confidential, a (very) loose adaptation of Ace Atkins’s 2013 Spenser installment Wonderland, pulled in a stunning 85 million viewers. 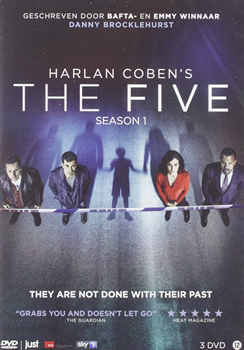 Those numbers bode well for Coben, who has proved to be one of the platform’s most reliable purveyors of binge-worthy suspense. Even with the pandemic shuttering production for now, his fans will soon have new material in their viewing queue. One upcoming Coben series—The Woods, a Polish-language six-parter—is already completed and will soon be making its way to living rooms around the world. The eight-part Spanish adaptation of his 2005 novel The Innocent wasn’t so fortunately timed; it was filming when the pandemic struck, and production has halted. Coben, meanwhile, is currently writing the next show on the roster, working with the UK team that made The Stranger and Safe.

“I am, technically speaking, the boss of the showrunner,” says Coben, who will serve as executive producer for all 14 projects, on his role with the English-language adaptations. “I am the co-boss with a woman named Nicola Shindler, who is my producing partner in England. Nicola’s made a lot of wonderful TV shows. Besides the three that we’ve made together—Safe, The Five, and The Stranger—she’s made Happy Valley, Last Tango in Halifax, Queer as Folk, Years and Years, Scott & Bailey, Paranoid—she’s ridiculously talented. She and I are equal partners. We decide everything together.”

Coben and Shindler, along with head writer Danny Brocklehurst and head story producer Richard Fee, make up what Coben calls “the Core Four.” They work together closely from Day One, deciding what fundamental changes will best serve the story’s transition from page to screen. For instance, The Stranger saw its multi-state setting condensed to one town and moved from the US to the UK, while its titular character underwent a gender switch. Coben’s arrangement with Netflix is markedly different than what most novelists can expect from the adaptation process; he’s intimately involved in every aspect of production, from writing to casting to editing.

“I watch every audition tape, I approve the director, every morning I watch the rushes of what they’ve done the day before, I talk to all the actors and cast and crew as often as I can,” Coben says.

In fact, Coben himself was responsible for The Stranger’s biggest casting coup. When the production team was searching for an actress to play Heidi, a bakery owner whose life is pitched into turmoil when the title character reveals a shocking secret about her daughter, Coben was given a list of actresses in the appropriate age range. He immediately homed in on British comedy legend Jennifer Saunders (Absolutely Fabulous; French and Saunders), only to be told that Saunders was unattainable.

Unsatisfied with that answer, Coben took matters into his own hands and wrote to Saunders, attaching the script and explaining why he thought she’d be perfect for the role. “And she wrote back saying, ‘I’d love to!’ Just like that. So I put on all kinds of hats as producer—I get the rough cuts, the edits, all of that.”

Coben is less involved with the foreign-language adaptations, but the process is still hands-on for him. “I go over the scripts, I go over the editing, I talk to the directors and the executive producers a lot,” he explains. “I don’t talk as much to the actors, but I meet them. It also depends on the situation. Poland, I’m a little more involved in. In Spain, we have such great people working on The Innocent—I was over there, I talked to them all. I’m less involved, but again, every day I get the rushes, and if I see something that I’m uncomfortable with or that I don’t love, I let them know, and I read all the scripts, and I do give them notes that they listen to, which is nice.” 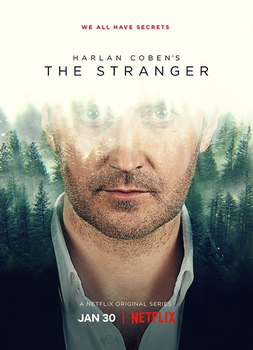 Even before the pandemic threatened to upend publishing and production models, there was considerable uncertainty about how adaptation deals like Coben’s might affect the book industry. On one hand, content-hungry producers are turning to bestseller lists and deal announcements alike for material, with film and TV rights often selling long before a book hits shelves. On the other, publishers and authors are competing with an ever-growing lineup of streaming platforms for readers’ precious spare time.

“To be honest with you, I don’t really think about it,” says Coben when asked how the proliferation of platforms like Netflix might affect the publishing industry. “I’m sure they do [have an impact]. When DVDs first came out, they affected the business. When TV first came out, it affected the business. I think the computer and smartphone probably has a bigger effect on publishing than streaming services. It’s just the reality we have to deal with. A hundred and fifty years ago we were the only game in town, but each time we have new things that are distracting people from reading, so I take that as a challenge that we have to up our game.”

Considering the active role Coben takes in the adaptation process even as he maintains a book-a-year writing schedule, that answer demands another question: How does he keep from getting distracted?

“Oh, I do,” Coben admits. “I just beat myself up and force myself to get back to it. It’s very, very hard. For example, I don’t read reviews online. The Stranger came out last week. I don’t know how many people are watching it, but it’s blowing up all over Twitter. It’s hard not to want to read about it. Or you’re at a cocktail party and someone’s talking behind your back, and you can hear them. I just have to kind of fight myself to not [pay attention].” 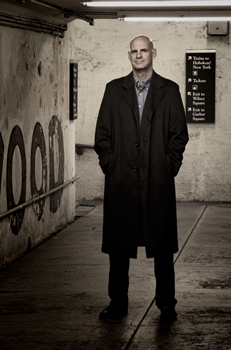 It could be a while before Coben has to worry about what he overhears at cocktail parties. He’s currently riding out lockdown in his New Jersey home—although, like many creatives, Coben points out that quarantine looks remarkably similar to his normal, everyday life.

“While it is awful and I worry about everyone on so many levels, social isolating is not as difficult for me as it is for most,” Coben says. “Social isolation is a lot like being a writer. The transition for we who write is, I think, less drastic.”