When a Gulfstream jet goes down in the Bahamas carrying a fortune in cash and ill-gotten diamonds, expat diving instructor Michael Gannon is the only person on the scene. Assuming himself the beneficiary of a drug deal gone bad, Gannon thinks he’s home free with the sudden windfall until he realizes he forgot to ask one simple question.

Who were the six dead men on the plane?

Gannon soon learns the answer to that fateful question as he is thrust into an increasingly complex and deadly game of cat and mouse with a group of the world’s most powerful and dangerous men, who will stop at nothing to catch him.

But as the walls close in, Gannon reveals a few secrets of his own. Before he retired to the islands, Gannon had another life, one with a lethal set of skills that he must now call back to the surface if he wants to make it out alive.

New York Times bestselling author Michael Ledwidge spent a few minutes chatting with The Big Thrill about his latest thriller, STOP AT NOTHING. Here’s what he had to say:

It surprised me that certain members of our federal government fly around like billionaires on 25 million dollar G550 luxury Gulfstream jets.

STOP AT NOTHING actually does have a fun jaw drop revelatory moment that will upend some thriller genre expectations.

I didn’t come through the James Patterson Master Academy of Twists and Turns without picking up a trick or two or three.

I’ll just leave it there.

Why are heroic action thrillers in addition to being so much fun also so important? 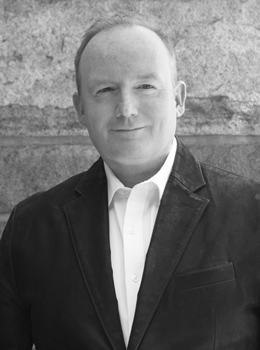 I think heroic action thrillers are important because I believe they actually help to create heroes in real life. Navy SEAL sniper Brandon Webb for example became a commando after he read the famous 1990s Navy SEAL novel Red Cell. If we want to continue to keep our country free and just, we need heroes willing to selflessly face down danger and criminality. In many cases, these incredible heroes that we depend on are first inspired by excellent and exciting heroic thriller stories.

I want to deliver to readers an up-to-the-moment, ripped-from-the-headlines, gripping rollercoaster ride of a story that is as thrilling as it is scarily plausible. Having written over a dozen bestsellers with the thriller master James Patterson himself, I am all about creating stories that are sharp, fun, exciting, and fast.

The biggest challenge this book presented occurred in getting myself re-acquainted with the publishing industry as a solo author again.

I first started my writing career in the late ’90s when I was 26 with my critically acclaimed crime novel, The Narrowback. Two more crime thrillers followed, including 2001’s Bad Connection, which was optioned for a film by George Clooney’s production company. My last solo effort, the crime thriller Before the Devil Knows You’re Dead, came out in 2003, which was the same year I began a writing partnership with James Patterson that would span over a decade. In 2003 when Facebook and Twitter weren’t even companies, getting covered by Marilyn Stasio in her NY Times Book Review crime column was the crime writer’s holy grail. Now in the much expanded publishing industry of self-published authors and bloggers and influencers, things are quite different. So it’s been quite an eye-opener.

The biggest opportunity with this book has been using my twenty years of thriller writing experience. Like in every craft, the more experience you have, the better you get at avoiding the hiccups and pitfalls you made when you were younger. The more time you put in, the more evident it is what works and what doesn’t in a book. With experience, you end up making fewer mistakes and when you do make them, you tend to be able to correct them more quickly and easily.

JRR Tolkien’s The Hobbit changed my life. Reading it was a true epiphany that a story could take hold of you like a magic spell, only real.

Though I don’t write in the fantasy genre, Tolkien’s subtle yet immensely life-affirming storytelling power remains a constant joy and inspiration.

Michael Ledwidge is the author of seventeen novels, the last dozen being New York Times bestsellers co-written with James Patterson. With twenty million copies in print, their Michael Bennett series is the highest selling New York City detective series of all time. One of their novels, Zoo, became a three-season CBS television series. He lives in Connecticut.