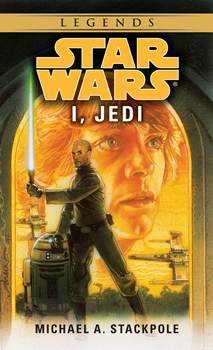 Michael A. Stackpole is the multiple New York Times bestselling author of more than 40 fantasy and science fiction novels, his best known books written in the Star Wars® universe, including I, Jedi and Rogue Squadron, as well as the X-Wing graphic novel series. He has also written in the Conan, Pathfinder, BattleTech, and World of Warcraft universes, among others.

Currently the Virginia G. Piper Center for Creative Writing at Arizona State University Distinguished Writer-in-Residence, Stackpole’s other honors include induction into the Academy of Adventure Gaming Arts and Design Hall of Fame, a Parsec Award for “Best Podcast Short Story,” and a Topps’s selection as Best Star Wars® Comic Book Writer. Stackpole is the first author to sell work in Apple’s App Store, and he’s been an advocate for authors taking advantage of the digital revolutions.

How did you begin your writing career?

My career started in the gaming industry writing projects connected with role-playing games, as well as articles for magazines in the same industry.

Are you with the same agent you started out with?

No. My agent was great for a beginning and even midlist writer, but not for a top tier writer in the field.

I had a conversation with a guy on a plane. (We were both in first class, so of course I assumed he knew his stuff.) He asked if I was my agent’s top client. At the time I was. And he said I needed to move on. “Everything your agent is learning is being paid for on your dime. You need to be with an agent who has clients who are where you want to be, because that agent already knows all the things your current agent is just learning.” I really couldn’t escape the wisdom of that analysis, so looked for and found a new agent who met my needs perfectly.

Other than your agent, have you put together an outside team (marketing, social media, PR, etc.)? Do you recommend it?

I haven’t put together a formal team, but I do have a close group of friends who are very generous sharing information and helping out with projects. The simple matter is that I don’t make enough to be able to afford to have employees. Also, and this is purely personal, I’m a control freak. I like learning how to do new things, so I’m more content diving in than I am just leaving it up to someone else. This may not be the best use of my time, however.

What amount of time per week do you spend on social media?

Five to ten hours a week. After I’ve written and when my brain can’t handle things more complicated than liking and retweeting.

Have you written multiple series/genres? Has it been successful? Tell us anything you found beneficial in renewing your audience/reaching a new one.

I’ve written in multiple series and genres, with fair success. Basic marketing theory dictates that advertising (or projects) should a) bring in new customers, b) service the customers you already have, and c) bring back customers who have fallen away. That’s how I evaluate projects, with two huge caveats: 1) Do I like the property/genre, and 2) Is the money worth it? The last two criteria are critical, but if I don’t like the property or genre, I likely won’t do a good job no matter how much they’re paying me.

Have you ever explored self-publishing?

Yes. I think it’s a great idea, and I think every writer should be publishing some of their own work, even if it is only in digital form. 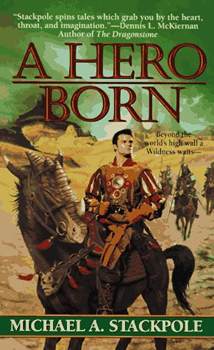 What’s the one decision or change you’ve made that’s been most pivotal to your current career?

Recognizing that the industry is continuing to change, but the pace of change is accelerating. The key to remaining in the game is to find all the ways to make money off what we do, and then put together a larger package than just writing on a per-word basis.

What’s the one thing you wish you had known starting out that you know now?

To invest more in Amazon. No matter how much authors make, publishers and retailers make more. Investing in Amazon intelligently could produce more money than a good career in writing. Look at all the angles and profit from them.

What’s the one biggest fallacy about being a writer/the publishing industry you wish would go away?

That publishing has got its act together enough to actually function as a legit business. Five percent of books make 100 percent of the profit in a company’s list, year over year. That means 95 percent lose money. Learning to provide more product that profits, and invest in writers who write that kind of work, would be a benefit to everyone.

My next book will most likely be Red Pearls, a pirate adventure set in the world of my Crown Colonies fantasy series.

On the Cover: Dale Brown