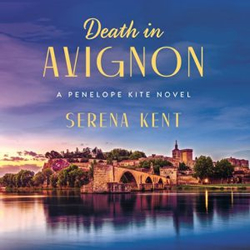 Living in New York City in the pandemic’s epicenter, under a stay-at-home mandate, one often thinks about what you miss the most. More often than not, thoughts go to traveling. Getting on an airplane was a regular part of many people’s lives pre-Covid.

Unlike many folks who find travel a nuisance, I have always loved the entire experience, from the flight itself to being in a place with new sights, sounds, foods, and people. Now, like everyone else, my wings have been clipped, and I am relying on audiobooks to transport me to new places.

Below is a selection of audiobooks that take us to intriguing locations around the world. These listens engage us in mysterious doings and reveal the real people and customs that are less visible to tourists. And one of the keys to doing so is the power of the narrator to perform different accents, making the experience feel more genuine.

In DEATH IN AVIGNON by Serena Kent, narrator Antonia Beamish masterfully performs the British and French accents that invite the listener to follow amateur sleuth Penelope Kite on her adventures through Provence. Who wouldn’t want to take a flight of fancy to Southern France and munch on croissants while solving a murder? 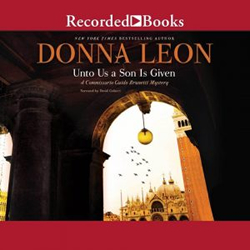 For those who want to continue exploring in Europe, let’s go to Italy, which has so suffered over the last months. Listeners can truly enjoy a walk through the maze of streets and over the bridges of Venice with Donna Leon’s Commissario Guido Brunetti. Book 28 in the series, UNTO US A SON IS GIVEN, is narrated by David Colacci, whose Italian accent for the philosophical Brunetti seems right in step with this series, which projects such an appreciation for all things Venetian.

More adventurous listeners might enjoy a trip to Africa, with Kwei Quartey’s THE MISSING AMERICAN, read by Golden Voice Robin Miles. The audiobook takes the listener into the underworld of Accra, the capital of Ghana, a location that most listeners would likely not have the opportunity to visit in person. And if you enjoy the audiobook, you can binge on several others written by Quartey. 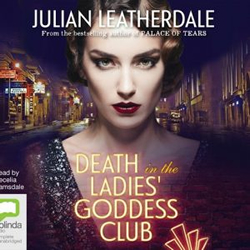 And let’s adventure even farther, all the way to Sydney, Australia, with Julian Leatherdale’s DEATH IN THE LADIES’ GODDESS CLUB, narrated by Cecilia Ramsdale. In this case we’re not only taking a trip around the world, we’re also going back in time to the early 1930s. The listener’s immersion into the world of the lead characters Joan Linderman and her friend Bernice Becker is greatly aided by Ramsdale’s narration. She successfully differentiates the many characters with varying accents from different classes and backgrounds. A really engaging getaway—something we can all use.

So please take off and go far away in your imagination while you continue to stay safe and stay home.

Murder and Mayhem for May from AudioFile Magazine

Here are AudioFile’s picks for five new not-to-be-missed mystery and thriller titles that will keep you safely inside and glued to your earbuds.  Happy Listening! 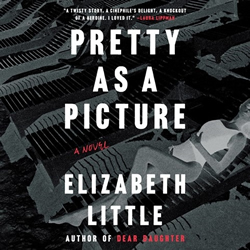 PRETTY AS A PICTURE 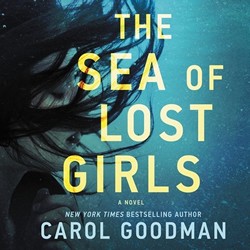 THE SEA OF LOST GIRLS

Set in coastal Maine at an elite boarding school, this novel weaves setting, history, and a mythical connection to unsolved disappearances into a compelling audiobook. Narrator Natalie Naudus is perfectly suited to voice Tess Henshaw, who has rewritten her past and now teaches at the school where she was once a student. Her cadence, pacing, and passion keep listeners engaged as the story twists and turns its way to uncovering the truth. 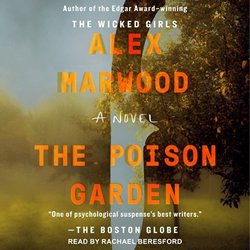 Narrator Rachael Beresford adopts a series of British accents as she narrates this story about a group that has survived an apocalypse. One of the few survivors is 21-year old Romy, who was raised in a cult called The Ark and is portrayed as a mixture of naïve young woman and deadly agent hiding her mission to assassinate the survivors who remain. Slowly and patiently, Beresford delivers this toxic tale of death and fear of the future, through fluid, emotive reading. 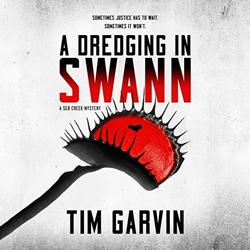 Bronson Pinchot narrates this intriguing glimpse of life in rural North Carolina, where events involve a Venus fly trap, poaching, two crashed helicopters containing three Stinger missiles, and an almost 50-year-old murder. Sheriff Seb Creek tries to understand why anyone would murder a man who has just been released from prison after 48 years for a murder he did not commit—and that’s before the helicopters crash in the swamp. Pinchot expertly maintains the suspense as the knotted mystery unfolds. 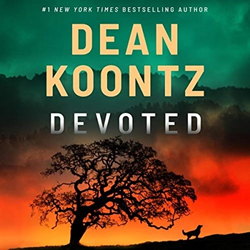 A telepathic dog and a silent autistic boy with a genius IQ are at the heart of this audiobook, which is enhanced greatly by Edoardo Ballerini’s performance. Kipp, the dog, understands that he needs to find Woody Bookman, an 11-year-old genius. Woody, who suspects that his father’s death was not an accident, believes that he and his widowed mother are in danger from a very bad, very dangerous man. Some of this story requires suspension of disbelief, and Ballerini’s narration makes that easier. The worst villain (there are several) sounds appropriately evil; other characters—even the silent ones—have their own distinct voices.