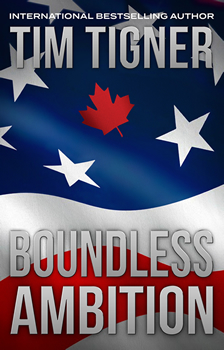 Sometimes the bad guys play out of bounds.

Our world is plagued by the devious schemes of disguised cheaters and thieves. The worst of these frauds are perpetrated by prominent figures—powerful people with sincere smiles, boundless ambitions, and flexible souls. They play on hope, fear, and pride while stealing billions right before our eyes.

This is the story of one such group. Although thoroughly unpredictable, it’s inspired by true events.

BOUNDLESS AMBITION author, Tim Tigner, took some time to chat with The Big Thrill about his latest espionage thriller, book five in the Kyle Achilles series:

BOUNDLESS AMBITION is a far-reaching, cutting edge novel, so I learned a lot. Here are three factoids that jump to mind. Russia and India have a joint venture to develop groundbreaking missiles. Mexican drug cartels have been growing cannabis in US national parks for decades—undetected. Northern Canada has hundreds of small airports because many towns are inaccessible by road. 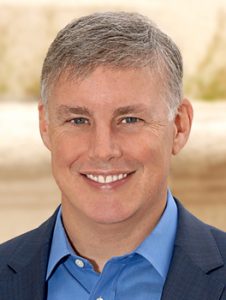 I hope readers close the cover on BOUNDLESS AMBITION with a better understanding of the extreme corruption and shameless manipulation that are shaping our world today.

BOUNDLESS AMBITION provides a thrilling, fictionalized look behind the curtains of power. Corporate power and political power. It’s a breathtaking tale that borders on being hard to believe, even though it’s an artistic parallel to modern machinations, namely the Iraq War and another I can’t mention without spoilers.

I write complex, fast-paced conspiracy thrillers because they are what I love to read. Also because devising those plots allows me to exercise the same caliber of complex creativity that’s employed by genuine globe-shaping heroes and villains.

What do you feel sets your books apart from others in the genre?

I draw on a rich professional background, and then do a ton of research and brainstorming to come up with plots that are unlike any others. At the center of every book is a scheme or device (or two) that’s never been used before. I know this because they’re my invention. This tactic maximizes both suspense and unpredictability while keeping the plots fresh.

I can virtually guarantee that readers of BOUNDLESS AMBITION won’t guess the big reveal—but will agree that they could have.

BOUNDLESS AMBITION is the fifth book in the Kyle Achilles series and the longest. Dozens of beta readers enjoyed it so much that they read it twice, providing feedback both times. Many of them consider it my best book.

Tim began his career in Soviet counterintelligence with the US Army Special Forces, the Green Berets. With the fall of the Berlin Wall, Tim switched from espionage to arbitrage and moved to Moscow in the midst of Perestroika. In Russia, he led prominent multinational medical companies, worked with cosmonauts on the MIR Space Station (from Earth, alas), and chaired the Association of International Pharmaceutical Manufacturers.

Moving to Brussels during the formation of the EU, Tim ran Europe, Middle East, and Africa for a Johnson & Johnson company and traveled like a character in a Robert Ludlum novel. He eventually landed in Silicon Valley, where he launched new medical technologies as a startup CEO.

Tim began writing thrillers in 1996 from an apartment overlooking Moscow’s Gorky Park. Twenty years later, he’s still writing. His home office now overlooks a vineyard in Northern California, where he lives with his wife Elena and their two daughters.
Tim grew up in the Midwest. He earned a BA in philosophy and mathematics from Hanover College, and then an MBA in finance and a MA in international studies from the University of Pennsylvania’s Wharton School and Lauder Institute.