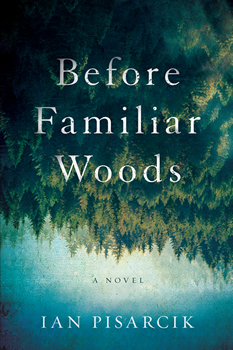 On the outskirts of a town too tired for its own happenings, the boys were found dead inside a tent.

Three years later, their fathers have disappeared, too.

Ruth Fenn’s son was the boy they blamed. For three years, Ruth has accepted her lot as pariah, focusing on her ailing mother and the children left in her care by the struggling single parents of North Falls, Vermont. But now the additional loss of her husband is too much to bear, and she has no choice but to overcome the darkness or be consumed by it. But as she edges closer to the truth, she begins to uncover some secrets that are better left buried.

That’s when she meets Milk Raymond, a war vet who comes home to find his nine-year-old son abandoned by his mother. Unable to find work, with no idea how to be a father, Milk turns to Ruth for help. But as the mystery of Ruth’s missing husband deepens, the fragile stability Milk has created for Daniel is shattered by the ill-fated return of Daniel’s mother, who will stop at nothing to get her boy back.

As these unsettled and interconnected lives hurtle toward a devastating conclusion, both Ruth and Milk are about to learn that their dying Vermont town has more secrets than they ever thought possible–and there are those who will do anything to protect them.

Author Ian Pisarcik took some time out to speak with The Big Thrill about his debut novel, the mystery BEFORE FAMILIAR WOODS:

I’ve always admired writers who are able to blend traditional literary characteristics (strong characters and strong setting, for example) with the suspense more often associated with genre novels. Writers like Michael Farris Smith and Benjamin Percy are the reason I write what I do.

One of the main characters, Ruth Fenn, is a potter. To better write her character, I spent several months learning how to throw on a pottery wheel.

There are so many authors who have influenced my career as a writer. At the top of the list are: Larry Brown, Michael Farris Smith, Daniel Woodrell, Annie Proulx, Kent Haruf, Kim Michele Richardson, and Ron Rash. The common thread among these authors is that their books have a strong sense of place.

What books have you enjoyed recently that you would recommend to our readers?

I’ve discovered a lot of great books from other authors’ interviews so it’s nice to return the favor. Here are some books I’ve devoured lately:

Ian Pisarcik was born and raised in rural New England. His stories and poems have appeared in the Roanoke Review, Lullwater Review, Maine Review, and the Flyway Journal of Writing and Environment. He currently lives in Washington State with his wife, newborn daughter, and Labrador retriever. BEFORE FAMILIAR WOODS is his first novel.