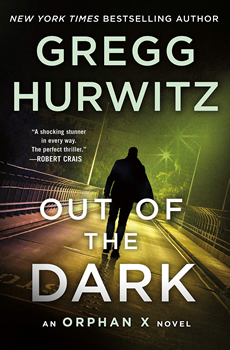 Gregg Hurwitz understands the mechanics of writing a good thriller. But in a genre that’s all about high-stakes action, it can sometimes be tough to make readers believe the protagonist is in serious danger—especially when he’s slated to appear in several more books.

To combat that potential authenticity snag, Hurwitz taps deep into his character’s psyche to ramp up the emotional and psychological stakes, allowing the reader to connect with the protagonist and fear for his life even while knowing on some level, he probably won’t die.

And that’s good news for fans of Hurwitz’s Orphan X series, not to mention a boon for the author who says despite having numerous creative outlets, creating Evan Smoak—aka: The Nowhere Man—has allowed for some of his best work.

“Books represent such an intimate collaboration between the author and the reader,” he says. “They give people the opportunity to interpret the story. If I sell a million copies, that’s a million different movies playing in readers’ heads—it’s not the same for everyone.”

Unlike in the film and TV worlds, where Hurwitz’s screenwriting skills have landed him major gigs with some of the industry’s top studios, not to mention the chance to repurpose his Orphan X series for the small screen where views will all see the same thing.

But writing for both the proposed television show, as well as continuing the novel series—the latest book being OUT OF THE DARK—allows Hurwitz to fully immerse himself into the world and characters he created, flexing his full creativity in a way not possible when the IP belongs to someone else, such as his work on the Batman comics. 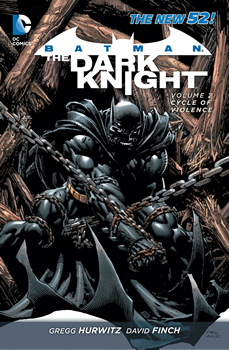 “There are parameters of the character that I need to take into consideration,” he says. “Everyone knows Batman. So there’s some additional pressure there.”

Still, Hurwitz knows not to take this seemingly unlimited creative freedom of writing his own characters lightly—whether it’s the Orphan X series, his award-winning young adult books, or any of the standalone thrillers he wrote before creating The Nowhere Man, Hurwitz abides by some self-imposed rules.

One of those is to keep the action tight and the violence believable—without the gruesome play by play. It’s the old adage of “show don’t tell” and it’s a skill Hurwitz demonstrates well by giving readers just enough information to make inferences about what has happened…and still be surprised by a plot twist or a well-played character insight.

“When I think of my favorite moments with books, it all comes down to character,” he says, noting that this is one of the reasons he has spent so much time developing Evan Smoak. “I could spend every waking moment with him because there are so many nuances to his character. So many directions I can take him.”

In OUT OF THE DARK, Hurwitz takes The Nowhere Man on a quest to kill the current President of the United States, a corrupt politician who also happens to have started the Orphan Program—and now wants all traces of it erased. It’s the mission Evan has been training for for the past four books, a mission that should be impossible.

To climb that plausibility mountain, Hurwitz dug into heavy research that included everything from reading books and talking to Secret Service agents about the White House’s security protocols, including the detailed specifications of the President’s limousine. 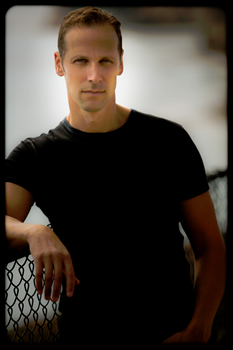 “It was like building the wall from the Game of Thrones,” he says. “I had created this mountain of anxiety and I had to figure out how to write myself out of the corner.”

In essence, he had to figure out how to kill the President.

A tall order, for sure, but certainly not the only plot point in the book, and it wouldn’t quite be an Orphan X novel without a sub-story introducing a side character that also needs Evan Smoak’s help. Enter Trevor Gaines, a character guaranteed to steal your heart, but also solidify that Hurwitz has a firm command on all aspects of craft.

It should come as no surprise then that along with telling a really great story—several, when you take into account the subplots and Evan’s personal day-to-day ups and downs—there are subtle nods to some of the many issues facing the country today and a low-grade “ripped from the headlines” feel that is expertly woven in.

And somehow when you turn the final page, Hurwitz makes you question—even though logically you know it’s not the end—whether OUT OF THE DARK is Ethan Smoak’s final story.