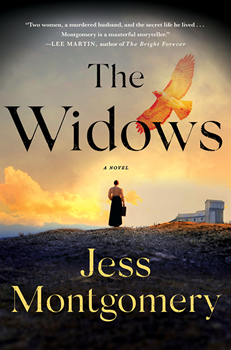 THE WIDOWS is a gripping historical mystery about two women whose lives collide when the man they both love is murdered.

When Lily Ross learns that her husband, Daniel Ross, the town’s widely respected sheriff, is killed while transporting a prisoner, she is devastated and vows to avenge his death.

But just hours after Daniel’s funeral, a stranger appears at Lily’s door: Marvena Whitcomb, a coal miner’s widow, who is unaware that Daniel has been killed and begs to speak with him about her missing daughter.

Soon Lily and Marvena realize that Daniel was not the man that either of them believed him to be—and that his murder is far more complex than either of them could have imagined.

Set in 1920s’ Ohio against the backdrop of coal mining, prohibition and women’s rights, THE WIDOWS is inspired by the true stories of two women: Maude Collins, the first female sheriff in the state of Ohio, whose husband died in the line of duty in 1925, and Mary Harris “Mother” Jones, the prominent labor and community organizer.

Award-winning author Jess Montgomery spent some time with The Big Thrill sharing some insight into her latest work of historical fiction, THE WIDOWS:

Of course, I hope they will enjoy an edge-of-the-seat, page-turning experience driven by compelling characters facing tough dilemmas. But I also hope that as they’re transported back to the rural 1920s setting, they’ll also be struck by how many of the issues of that time and place reflect the issues we’re facing now, and as a result, they will see these issues in a new way. I also, of course, hope they’ll love the characters as much as I do!

Though there are many terrific novels set in the 1920s, and many in rural areas (I love what I call ‘rural noir’!), this novel is set in the Appalachian foothills of Ohio in 1925. I think that’s a fairly unique setting combination of time and place.

Part of the plot involves coal miners struggling for the right to unionize in order to have safer work conditions and fairer wages. Of course, I knew that this had been a part of the history of the U.S., as well as of other countries, but I didn’t realize the extensiveness and violence of the history. In particular, I was struck by the history books I read about the Battle for Blair Mountain, a true event in 1921 West Virginia in which union coal miners desperate for fair wages clashed with coal company supporters in a civil uprising so large that it is surpassed only by the Civil War. Support for the coal companies went all the way up to the president’s administration, and army weaponry was even used against the strikers. And yet this is a part of our history that is not commonly taught. For my characters in 1925, and living near the border to West Virginia, this is a very recent and real event, and one of the challenges my protagonist faces is that she must choose between personal vengeance and preventing a similar war in her own county.

The role of relationships and community is so essential to both the development of the characters, the decisions they make throughout the novel, and the resolution of the mystery.

For mysteries, I particularly love William Kent Krueger’s Ordinary Grace. The story and the writing are breathtakingly beautiful, and the suspense is taut and palpable. For historical fiction, I love anything by Ann Weisgarber. (Her newest, coming out in February, is The Glovemaker.) She brings to life strong female characters from unusual and sometimes overlooked parts of history, and weaves compelling tales. 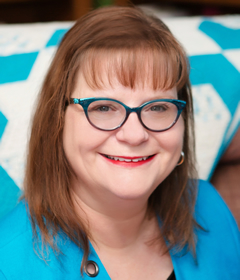 Jess Montgomery is the author of the Sheriff Lily Ross Historical Mystery series, focusing on a 1920s female sheriff in Appalachia. Under Jess’s given name, she is a newspaper columnist, focusing on the literary life, authors and events of her native Dayton, Ohio for the Dayton Daily News. Her first novel in the Sheriff Lily Ross Historical Mystery series, THE WIDOWS, garnered awards even before publication: Montgomery County (Ohio) Arts & Cultural District (MCAD) Artist Opportunity Grant (2018); Individual Excellence Award (2016) in Literary Arts from Ohio Arts Council; John E. Nance Writer in Residence at Thurber House (Columbus, Ohio) in 2014.