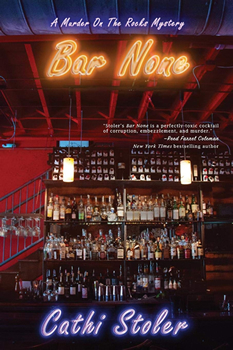 Set in New York City, the story features Jude Dillane, owner of The Corner Lounge on 10th St. and Avenue B. When Jude finds her friend and landlord, Thomas ‘Sully’ Sullivan’s work pal, Ed Molina, dead in a pool of blood in Sully’s apartment, she’s sure it’s not suicide as the police suspect.

Going undercover at the Big City Food Coop, Jude discovers a case of major fraud. As she works through the lists of suspects, she finds herself in the killer’s sights and knows her murder might be on the menu, as well.

That even if you’ve had hardships and adversity in your life, you can overcome it if you really want to.

As an urban thriller, it features a very strong female protagonist, Jude Dillane, who not only owns a bar and restaurant, but has the ability to solve a murder and uncover a major fraud. The kind of character we could use more of.

I discovered a new appreciation for the lower east side of Manhattan. Once a neighborhood to avoid, it’s become a sought-after community, that’s home to a diverse range of people, businesses and activities. I loved going there and checking out all that the LES has to offer.

Most of Jude’s backstory informs the way she behaves now. She’s overcome personal tragedy, but while investigating the murder has to relive it. It’s a testament to her loyalty to the friend she’s helping, and her determination to see things through.

I loved to read the spymasters when I was younger, le Carre, MacInnis, Ludlum, Fleming.Their stories and their writing was action-packed and thrill-filled. I’ve also read most of the Agatha Christie novels, whose plots were always unique and inventive. Of the more contemporary writers, I’d say Sue Grafton and her Kinsey Milhone have kept me hooked through twenty-five books. The plots subtly leads you where Ms. Grafton wants you to go until Kinsey prevails, as I hope Jude will. 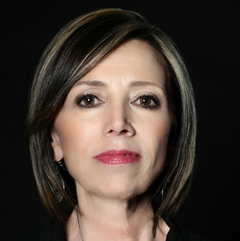 Cathi Stoler is an award-winning author. Her new Urban Thriller, BAR NONE, A Murder on the Rocks Mystery, featuring The Corner Lounge bar owner, Jude Dillane, will be published this October by Clay Stafford Books. A new series, with Blackjack player Nick Donahue, it includes the novel Out of Time and the novella Nick of Time. Both will be published next year by Black Opal Books. She is also the author of the three volume Laurel & Helen New York Mystery series, which includes Telling Lies, Keeping Secrets and The Hard Way, and a three-time finalist and winner of the 2015 Derringer for Best Short Story, “The Kaluki Kings of Queens”. Very involved in the crime writing world, Cathi serves as Co-Vice President of Sisters in Crime New York/Tri-State, and is a member of Mystery Writers of America and International Thriller Writers.

To learn more about Cathi, please visit her website.