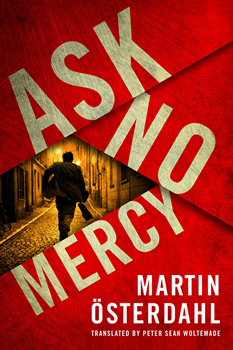 Max Anger is a man on the edge. A former fighter in an elite band of special-ops soldiers in Sweden, Anger is haunted by battle scars, a childhood spent in the Stockholm archipelago, and his own mysterious family past. Now behind a desk at Vektor, a think tank conducting research on Russia, he’s met his match—and fallen in love—with fierce fellow operative Pashie Kovalenko. Like all of Vektor, she’s set her sights on the tenuous future of her country.

When Pashie goes missing in Saint Petersburg, Anger rushes headlong into a volatile Russia, where a new president is about to be elected in the midst of a technological revolution. At the movement’s heart is a start-up Pashie had been investigating, one surrounded by rumors of organized crime and corruption. But the truth is more shocking than Anger could have ever expected.

Now time is running out for Pashie. Racing through a storm of violence and deception, Anger gets ever closer to a sensational secret—and to the Russian madman with dreams of restoring one of the cruelest regimes in the history of the world.

The Big Thrill caught up with Max Anger creator, Martin Österdahl, to discuss his latest thriller, ASK NO MERCY:

An exciting and entertaining reading experience that also gives the reader new knowledge about Russia, its past as well as present, and its relationship to neighboring Scandinavia and the rest of the world.

ASK NO MERCY delivers a fast-paced kidnap drama in Saint Petersburg, Russia, headed by a protagonist with a very mysterious family background. It also gives a rare insight into Russia at the time of the (overlooked) watershed elections of ’96 when Western forces and oligarchs joined forces to secure Yeltsin’s win, and by doing so unknowingly paved the way for Putin. The book’s antagonist is a general whose goal is to reinstate one of the world’s most feared totalitarian regimes. His evil madness and global reach is terrifying and in light of today’s developments, very ominous indeed.

Yes, I realized how passionate I was about history and how important I believe knowledge of the past is to understand what’s going on now and what might lie ahead.

That warfare and Russia’s strategy to apply pressure and have influence by other means, has been going on for a while now. That the post-Soviet chaos and despair caused many Russians to long for the good old days of Stalin, something unfathomable for us in the West. Or as Max Anger himself puts it in the closing lines of chapter 8: “Freedom had no value when they lived like slaves.”

Robert Harris is a huge influence. I came into reading his books through Archangel, a book set in Moscow, also a mystery in the long shadows cast by Stalin, and have read every book of his since. Also, I was inspired by Ira Levin’s The Boys From Brazil, which has a brilliant and mad idea at the center of the plot. Frederick Forsyth’s The Odessa File has also influenced ASK NO MERCY, as the Ivanovich conspiracy featured in the book is a Russian equivalent of Odessa, the post WWII Nazi organization. 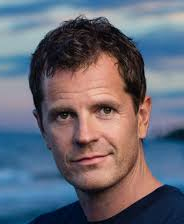 Martin Österdahl has studied Russian, East European studies, and economics. He worked with TV productions for twenty years and was simultaneously the program director at Swedish Television. His interest in Russia and its culture arose in the early 1980s. After studying Russian at university and having had the opportunity to go behind the Iron Curtain more than once, he decided to relocate and finish his master’s thesis there.

The 1990s were a very exciting time in Russia, and 1996, with its presidential election, was a particularly crucial year. Seeing history in the making inspired Österdahl to write the first novel in the Max Anger series, ASK NO MERCY. The series has been sold to more than ten territories and is soon to be a major TV series.

Peter Sean Woltemade is an American-born literary translator who has been based in Copenhagen since 2004 and has lived in Germany and Sweden for several years, respectively. His work has appeared in Border Crossing, Columbia, Exchanges, K1N, Pusteblume, Storm Cellar, the Brooklyn Rail, the Cossack Review, the Literary Review, the Missing Slate, and Wilderness House Literary Review. He is the translator of more than a dozen published books, including Kurt Jacobsen’s Haldor Topsøe (Historika/Gads Forlag, 2015); Stefanie Ross’s Nemesis (AmazonCrossing, 2016); and Kurt Jacobsen and Anders Ravn Sørensen’s CBS (Historika/Gads Forlag, 2017). He has worked with translators Shaun Whiteside, Maureen Freely, Sasha Dugdale, Katy Derbyshire, Karen Emmerich, and B. J. Epstein; and with authors Julia Butschkow, Kristof Magnusson, and Kristina Sandberg.