Shining Light on a Hard-Boiled Hero 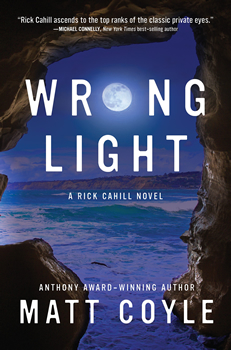 Cahill is a troubled ex-cop, wrongfully booted from the force for being a suspect in his wife’s murder years earlier, who lives his life now by the moral credo taught to him by his dead father: “Sometimes you have to do what’s right even when the law says it’s wrong.”

“Rick is flawed, but at his core he is a good person,” Coyle says. “The truth is what matters to him most. Sometimes to find the truth he has to break the law and manipulate people. I think that to be able to live with himself he had to adopt that code from his father. With that as his foundation, which he truly believes, he can do the things necessary when dealing with a corrupt system to find the truth.”

If it sounds like Cahill bears a resemblance to some other legendary Southern California PIs like Raymond Chandler’s Philip Marlowe and Ross Macdonald’s Lew Archer, that might be because Coyle read them both in high school and college, and says they certainly influenced him as a writer.

“I think they both, Chandler in particular, created the blueprint for the modern knight to go into battle against powerful, corrupt forces. I certainly pay homage to that rich tradition, but don’t consciously try to emulate anyone. I think that, after so many years toiling in obscurity and dealing with rejection, I developed my own voice. Of course, it is made richer by all the great influences I’ve absorbed throughout my life.” 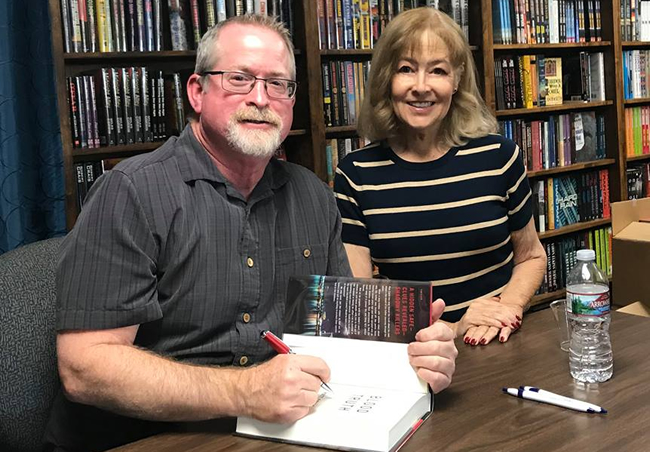 In WRONG LIGHT, Cahill is hired by a San Diego radio station to track down the stalker of talk show radio host Naomi Hendrix. But he soon finds out that Naomi has many dark secrets in her past which may have caught up with her. Meanwhile, Cahill has a lot of baggage in his background too, which forces him into a second investigation—a missing persons case—that puts his own life in jeopardy.

Coyle says he’s not sure exactly how he first got the inspiration for the Rick Cahill character. 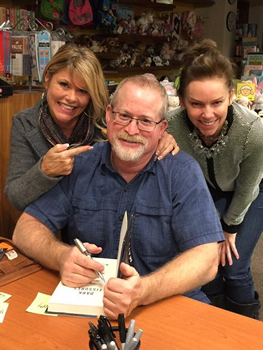 “When I began to write him 15 years ago, I didn’t have a great handle on him. I knew he was an ex-cop and had a dark past. It wasn’t until a line popped in my head that would become the first sentence of the book Yesterday’s Echo that I got a grasp of who Rick Cahill was and the life he had to lead. The sentence was: ‘The first time I saw her, she made me remember and she made me forget.’ I knew then that this guy had once had joy in his life but that it had been buried by a lot of grief.”

And that debut book by Coyle, Yesterday’s Echo, went on to win an Anthony Award in 2014 for Best First Novel.

“That is still the highlight of my writing career four years later,” he says. “Not only winning, but to be able to share it with people who all had had a part in making me a published author. A woman from my writers’ group who had helped me along the way and friends who’d seen me struggle. A great night.”

Throughout his writing career, Coyle has also worked at full-time jobs during the day.

“I always knew I wanted to be a writer, even as a kid. It just took me 30 years to finally start doing it. When the fourth golf company I’d worked for in 10 years went out of business, I gave myself an ultimatum: write a book or stop talking about it forever. I had the first of many drafts of what would become Yesterday’s Echo done in six months. 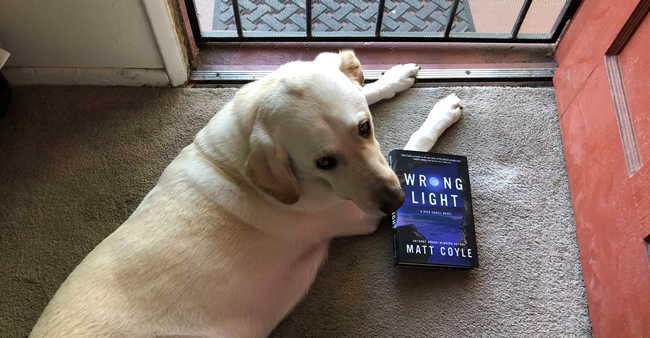 “I write after work, beginning around 5:30-6 p.m. and go to around 8:30 or 9 p.m. on weeknights. I write almost all day Saturday, if my writers group isn’t in session, and about three hours on Sunday. I work in sales now for the sports licensing division of Rawlings Sporting Goods. That is, until the end of this year, when I’ll begin writing full time.”

“The podcast started as an accident,” he says. “Pam Stack, the Mistress of Mystery Radio, interviewed me a few times on her show, Authors on the Air, and I got into the habit of calling in when friends were on. She eventually asked me if I wanted to do a show, probably to keep me from calling in, and I said yes. 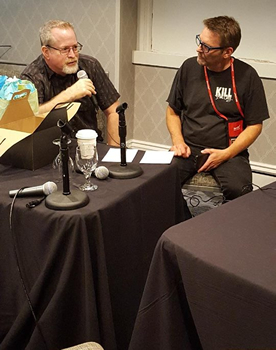 So are there any characteristics of Rick Cahill that are similar to those of Matt Coyle?

“Hm, we’re both of Irish descent and stubborn,” Coyle says. “Rick is more courageous than I’ll ever be and a bit more dense. The more I write him, the further he moves away from me and the more I like him. That’s a bit Rick right there.”

Next up is the sixth Rick Cahill thriller, titled Lost Tomorrows, which is scheduled to be published in December of 2019. And Coyle says he’ll be taking Cahill places where the character has never gone before.

“Every bad decision Rick makes leads to repercussions, not only outwardly, but inwardly, as well. He is always forced to deal with their aftermath. I will only say that the internal damage all those repercussions have caused really test his decision-making in the next book.”

Would Coyle ever write a stand-alone thriller with a different protagonist than Rick Cahill? “Yes, there are plans sometime in the near future to write something different and, hopefully, then return to Rick. But I haven’t roughed those plans out just yet.” 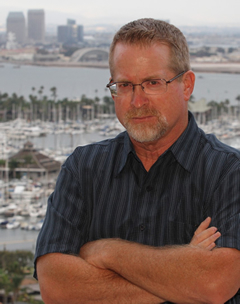 Matt Coyle knew he wanted to be a crime writer when he was fourteen and his father gave him The Simple Art of Murder by Raymond Chandler. His debut novel, Yesterday’s Echo, won the Anthony Award for Best First Novel, the San Diego Book Award for Best Mystery, the Ben Franklin Award for Best New Voice in Fiction. Night Tremors was a Bookreporter.com Reviewers’ Favorite Book of 2015 and was an Anthony, Shamus, and Lefty Award finalist. Dark Fissures, the third book in the Rick Cahill crime series, was a finalist for the Macavity and Lefty awards and was a 2016 Top Pick for Bookreporter.com. Blood Truth has been nominated for the Shamus Award, was a Lefty Award finalist, a Foreword Reviews Book of the Year Silver Award winner for Thriller/Suspense, and a top pick by Bookreporter.com for Best Mysteries of 2017. WRONG LIGHT, Matt’s fifth Rick Cahill novel, comes out in December. Matt is a graduate of UC Santa Barbara and lives in San Diego with his yellow Lab, Angus, where he is writing the next Rick Cahill crime novel.

To learn more about Matt and his work, please visit his website.