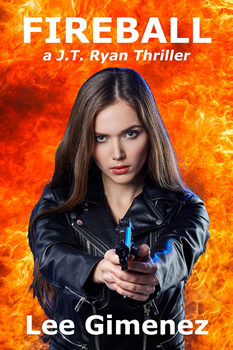 The murder of three prominent leaders—a Supreme Court justice, a senator, and a cardinal—blasts Lee Gimenez’s FIREBALL off to a searing start, and the danger grows more intense as the pages fly by.

The U.S. President—teetering on the brink of impeachment—asks former Special Forces soldier and Medal of Honor recipient J. T. Ryan, now a private investigator working with the FBI, to join a small cadre of trusted aides to track down the killers. He suspects rogues within the National Security Agency. The murders pile up as J. T., his boss, FBI Assistant Director Erin Welch, and CIA Agent Rachel West uncover an international conspiracy that pushes the United States and Russia to the brink of nuclear war.

Gimenez is the author of 14 novels, including six science fiction and eight mystery/thriller. He was nominated for the Georgia Author of the Year Award and was a finalist in the Terry Kay Prize for Fiction.

I caught up with him for The Big Thrill to talk about FIREBALL, the latest in his J. T. Ryan series.

How did you become a novelist?

I wrote short stories in high school, but afterward, through college, as an officer in the U.S. Army, and during my business management career, I didn’t have time to write fiction. Ten years ago, when I had more free time, I started writing fiction again. After the success of my first and second novels, I began writing full time. Six years ago, I started the Ryan series.

What led you to embrace the thriller genre?

I made the change from sci-fi to thrillers because I find writing about real (or close to real) events and locations enjoyable and intriguing. My plot lines revolve around ripped-from-the-headlines topics, like murder, blackmail, theft, and corruption on an international scale. Since you’ve read FIREBALL, you may have noticed that some of the chapters take place in Denmark, Norway, and Iceland, where I’ve traveled. Part of FBI Code Red takes place in China, another country I’ve visited. Although I do extensive research, I find that travel is one of the best ways to get a feel for the place. I also take hundreds of photos.

When you begin a new story, what comes first:  characters, plot, or some other story element?

Plot, always. Then I develop my protagonists and antagonists. Developing the evil-doers is very entertaining for me. I also incorporate a love element as a subplot.

I develop my two-sentence logline, a one-paragraph summary, and a two-page summary that hits all the high points (backstory, arc, climax, etc.). At that point, I begin writing. I usually write every morning for four hours. The balance of my time is spent on research or book business. I have a home office, but I also enjoy writing in my back yard, at libraries, and in coffee shops.

Tell us about J. T. Ryan. What makes him tick, and what holds him back?

Not only does J. T. solve crimes, he’s dedicated to his profession. He’s also a wiseacre, making jokes when a more serious approach is called for. Humor gets him in trouble, but it’s great for dialogue and cuts the tension. Ryan is an impulsive, take-charge guy who’s successful in solving the case, but he puts his life in jeopardy when a more deliberate approach would be better. He follows an internal code of ethics to kill only when he has to, and then only criminals. Another rule is never to mistreat women (even if they’re evil characters).

How do you get feedback on your stories?

I belong to several critique groups, and during the editing phase, I send my novels to several authors for input. My talented wife gives me feedback, too. I also incorporate feedback from readers in my future novels.

I had to do extensive research on the NSA, the largest and most-secretive intelligence agency in the world. Although the plot is fictional, many facts about the NSA are real.

One of the most interesting things about FIREBALL is that you don’t learn the real goal of the criminals until the end. I also enjoyed giving Rachel West, a CIA operative, a bigger role in this novel. Rachel has her own standalone novel (Killing West), and she’s so popular, she’s in several of my Ryan novels (FBI Code Red, The Media Murders, and Skyflash).

What motivated you to go the self-publishing route? How does this publishing path work for you?

I’ve worked with large publishers such as Simon & Schuster, and smaller publishers like Salvo Press and Double Dragon Press. Self-publishing gives me more control over timing, the cover design, and my royalties. It takes more work to self-publish, but is also more rewarding.

Several of your books feature covers with a young woman holding a gun. What’s the inspiration for this pattern?

My first publisher, Double Dragon Press, created a cover with a woman holding a gun. It was so effective that it’s become a sort of trademark. Each cover represents a different character. In Skyflash, the young woman on the cover looks like FBI agent Erin Welch. In Killing West, the woman pictured is CIA agent Rachel West. In The Washington Ultimatum, the woman featured on the cover is Angel Stone, the terrorist mastermind in that book. J. T. Ryan is featured on the cover of The Media Murders. In FIREBALL, the mystery woman on the cover can be one of two characters. Clues in the story indicate who it is.

My next novel also will star J. T. Ryan in partnership with Erin Welch and Rachel West. I’ve developed the main plot line and will start writing soon. I expect this novel will be published sometime in 2019. I also want to write another standalone Rachel West thriller for publication in 2020. 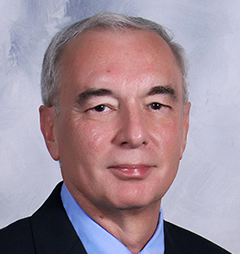 Lee Gimenez is the award-winning author of 14 novels, including his highly-acclaimed J. T. Ryan Thriller series. His latest novel is FIREBALL, a J. T. Ryan Thriller, which was published in 2018. Several of his books were bestsellers, among them FBI Code Red, The Media Murders, Skyflash, Killing West, and The Washington Ultimatum. Lee is a multi-year nominee for the Georgia Author of the Year Award and is a Finalist in the prestigious Terry Kay Prize for Fiction.

His books are available at Amazon, Barnes & Noble, and many other retailers in the U.S. and Internationally. Lee is a member of the International Thriller Writers Association (ITW), the Science Fiction Writers of America (SFWA), the Georgia Writers Association, the Southeastern Writers Association, and the Atlanta Writers organization. He earned a Bachelor of Science degree from Georgia Tech University and a Masters degree from Fairleigh Dickinson University. After college, he served as an officer in the U.S. Army. During his business management career, he worked for three Fortune 500 companies: Verizon, Tech Data, and M&M Mars.

For more information about him, please visit his website. You can also join him on Twitter (where he has over 70,000 followers), and on Facebook, Google Plus, LinkedIn, and Goodreads. Lee lives with his wife in the Atlanta, Georgia area.