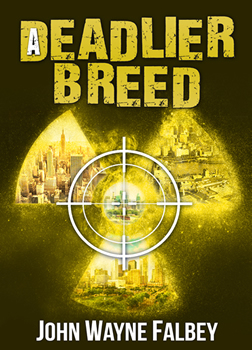 As the story unfolds, Islamic terrorists have moved five nuclear weapons to a point just over the border in Mexico with a plan to detonate them in major American cities within days.

To avoid the widespread panic that public knowledge of the situation would cause, the newly-elected president of the United Sates turns to a secretive, dysfunctional paramilitary group known as Sleeping Dogs.

Their leader, Brendan Whelan, has a marital crisis on his hands, and a traitor within the administration is leaking vital security information. Compounding the threat, a group of unique killers has been recruited for the purpose of eliminating the Dogs. Time is critical and Whelan and the Sleeping Dogs face their most dangerous challenge yet.

The Big Thrill reached out to Falbey to learn more about this exciting new thriller.

The shrinking of the globe by developments in technology and mass communications has made each of us aware of all its ills. Each new day assails us with more discomforting, even frightening, news. Readers, like everyone else, need both a temporary form of escapism and a basis for feeling that there is hope. The television series 24 become the number one show because viewers needed to believe it was possible for a Jack Bauer to exist. Likewise, the most popular movies today feature comic book super heroes because filmgoers want to see evil being vanquished. It’s my hope that my protagonists can bring that same level of comfort to my readers.

The subgenres of thrillers in this book are espionage and international/geopolitical. These were once prime categories of lengthy bestsellers, but not so much today. I don’t believe it’s due to lack of interest on the part of readers. In fact, given the state of world affairs, there probably is a vast amount of latent interest in it. I suspect publishers haven’t figured this out yet, and agents don’t want to damage their credibility with, and access to, their publisher contacts by bringing them materials they’re not specifically seeking.

Yes, based on my research in developing the plot, it’s disturbing how simple it would be for terrorists to smuggle nuclear devices into the U.S. The massive loss of life would be tragic enough, but the destruction of our communications systems and power grids, social fabric, self-confidence, and trust in the ability of the government to keep us safe would be even worse.

The amount of research involved. I spent four hours in research for every hour of writing. The locations, weaponry, technology, and events in the book are authentic. I want readers who have been to a particular locale mentioned in the book to say, “That’s it. That’s exactly the way I remember it.” Those who are familiar with firearms and combat situations should feel right at home. And, hopefully, readers will gain a better understanding of international intrigue and current geopolitics. 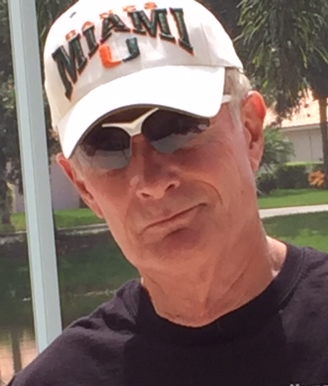 John Wayne Falbey writes international espionage thrillers and action/adventure novels. His debut novel, Sleeping Dogs: The Awakening, has become an international best-seller. He followed it with Endangered Species, Year of the Dog, Dogs of War and now A Deadlier Breed. All are thrillers in the Sleeping Dogs series. He’s also the author of The Quixotics, a Vietnam-era tale of gunrunning, guerrilla warfare, and suspense in the Caribbean. He is a native Floridian, transactional attorney, real estate investor and developer, and reformed academic. His wife likes to say, “Wayne has more degrees than a thermometer (four),” including a law degree and a doctorate in business. In addition to practicing law and developing real estate, he spent five years in academia, creating and chairing a Master of Science program in real estate development at a graduate school of business in Florida. But writing was always his first love.