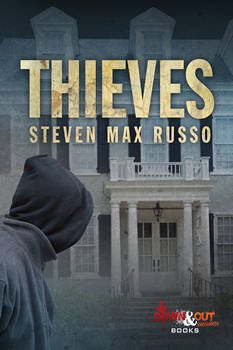 Esmeralda works for a housecleaning service during the day and as a restaurant hostess at night. Just out of high school, she is the sole support for her mother and two young siblings.

She has drive and ambition. What she doesn’t have is money.

She knows of a home in the upscale town of Mendham, NJ, that will be empty for more than a month. The rich people who live there go away the same time every year to spend time at their vacation home. Having cleaned the house, she also knows it contains a fair amount of cash and valuables.

Sitting with Ray, one of her co-workers one night, she casually mentions a “what if” scenario; Ray tells Skooley, a white trash drifter who recently moved to New Jersey from south Florida, and a plan is hatched.

It isn’t long before Esmeralda finds herself trapped by both circumstance and greed, forced to try and defend herself against one of her partners in crime, who she quickly discovers is far more dangerous than she ever thought possible.

I guess like most authors, I want readers to blame me for keeping them up too late at night when they should have been asleep hours ago.

I want them to think, “Maybe just one more chapter and then I’ll turn off the light.”

It was difficult, fun, exhausting and rewarding to write this book. It was my first attempt and I am proud of it.

I hope the people who take a chance on reading it, reading someone they’ve never read before, will be happy that they did.

Maybe they’ll be inclined to take a chance on the next one too.

I think that crime thriller fans, at least fans of the type of writing in THIEVES, are a unique audience. I’ve had many industry people read the manuscript and the biggest knock against the story and the writing was the violence. People have told me that my writing was too graphic, too disturbing, that truly good writing should leave more to the reader’s imagination. I was never sure how to respond to that. This is a crime novel. It involves some gruesome violence that is central to the story. I felt when writing this that I was simply relating, or reporting, exactly what happened, as if I was standing right there next to the characters.

Violence to the degree that takes place in THIEVES is not pretty. It’s gritty. And you know what? I think that should be disturbing. Maybe one day I’ll become a better writer and leave more to the reader’s imagination. But probably not.

Yes. I was surprised at how involved I became with the characters as I was writing. I found that I could understand and empathize with each of them. Even with the main antagonist of the story, Skooley, a loathsome, murderous psychopath. It was sometimes scary how easily his dialogue and his behavioral rationalizations came to me. I’d get in his head (or he in mine) and write with a secret smile, and then read what I wrote and think, man, what a sick bastard. 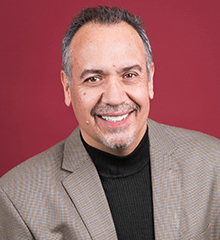 Steven Max Russo has spent most of his professional career as an advertising copywriter and agency owner. He got interested in writing fiction after one of his short stories was accepted by an online literary journal in 2013. After that, he caught the bug and began writing seriously. His first novel, THIEVES, has garnered praise from renowned crime and thriller authors from around the globe. Steve is proud to call New Jersey his home.