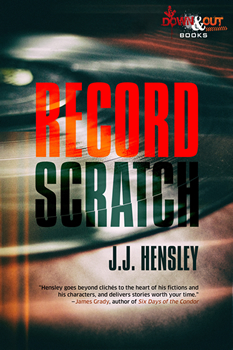 It’s a case Trevor Galloway doesn’t want. It’s certainly a case he doesn’t need. The client—the sister of a murdered musician—seems a bit off. She expects Galloway to not only solve her brother’s homicide, but recover a vinyl record she believes could ruin his reputation. Galloway knows he should walk away. He should simply reach over the desk, give back the envelope of cash that he admittedly needs, and walk away. However, when the client closes the meeting by putting a gun under her chin and pulling the trigger, his sense of obligation drags him down a path he may not be ready to travel.

As Galloway pieces together the final days of rock and roll legend Jimmy Spartan, he struggles to sort through his own issues, to include having the occasional hallucination. He’s not certain how bad his condition has deteriorated, but when Galloway is attacked in broad daylight by men he assumed were figments of his imagination, he realizes the threat is real and his condition is putting him and anyone nearby at risk. The stoic demeanor that earned Galloway the nickname The Tin Man is tested as he reunites with an old flame, becomes entangled in a Secret Service investigation, and does battle with old enemies.

A story is divided into twelve songs from Jimmy Spartan’s final album.

As with any of my novels, it’s my hope the reader will turn the last page, put the book down, and think about it for days. I think RECORD SCRATCH is one of those books and the ending is anything but expected.

While entertaining, RECORD SCRATCH also exposes the reader to a world few experience. I was extremely fortunate to have gained a great deal of experience as a police officer and a Secret Service agent, and I really incorporated a lot of that knowledge into this book.

This is the second Trevor Galloway book, but I don’t think I really came to bond with him until I got into this story. Now we’re buddies and I kind of feel guilty for putting him into so many terrible situations.

The book is divided into twelve chapters that are all song titles. Each chapter is a track on a vinyl record that is the focal point of the book and each song title hints at what is going to happen next in that chapter.

I’m a huge fan of James Grady, Gwen Florio, Lee Child, Raymond Chandler, and John Verdon. Each has influenced me in different ways. Grady and Child in the economy with words, Chandler with his hard boiled wit. Verdon with his incredibly creative plots. And Florio with the way she approaches the business. 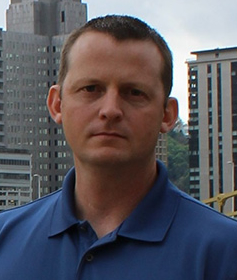 J. J. Hensley is a former police officer and former Special Agent with the U.S. Secret Service. He is the author of the novels Resolve, Measure Twice, Chalk’s Outline, and Bolt Action Remedy. He is also one of the contributors to the critically-acclaimed novel in stories, The Night of the Flood.

J.J.’s first novel Resolve was named one of the Best Books of 2013 by Suspense Magazine and was named a Thriller Award finalist for Best First Novel.

To learn more about J. J., please visit his website.