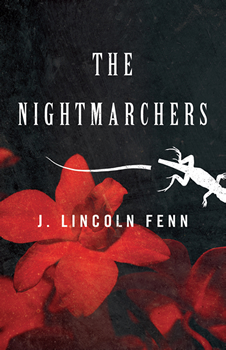 In 1939, on a remote Pacific island, botanical researcher Irene Greer plunges off a waterfall to her death, convinced the spirits of her dead husband and daughter had joined the nightmarchers–ghosts of ancient warriors that rise from their burial sites on moonless nights. But was it suicide, or did a strange young missionary girl play a role in her deteriorating state of mind? It all seems like ancient family history to Julia Greer, who has enough problems of her own. A struggling journalist, she’s recovering from a divorce and is barely able to make rent, let alone appeal the court’s decision to give sole custody of their daughter to her ex-husband. When her elderly great-aunt offers her an outrageously large sum to travel to this remote island and collect samples of a very special flower, as well as find out what really happened to her sister Irene all those years ago, Julia thinks her life might finally be on an upward swing. But she finds the island isn’t so quick to give up its secrets, and the longer she stays, the more the thin line begins to blur between truth and lies, reality and the fantastical…until she finds herself face to face with the real reason why the island is taboo….

I hope THE NIGHTMARCHERS creeps into the minds of readers and lingers long after they read the final page. I want them to be scared out of their minds, but also wonder where we’re headed with genetic engineering, what the dark possibilities might be, and how the implications might never be fully understood.

I don’t want to say THE NIGHTMARCHERS is ‘chick-lit’ horror, but it definitely focuses more on the life experiences of women than many books in the genre. It also incorporates a broad range of strong female characters, some you love, some you hate.

There are some truly fantastical dream-like passages where the imagery surprised me – I might have been channeling Guillermo del Toro. And then the twisty ways things tied together at the end.

One of the inspirations for the novel came as I was driving in Maui, listening to the radio. They were talking about how in Hawaiian, the word for ‘bury’ was the same as the word for ‘plant.’ And it got me thinking about how different that is in Western culture – like you can ‘bury the truth.’ For us, ‘bury’ is final, done. But we’re finding that things we thought were buried still have repercussions. I think there will be more of that in the future.