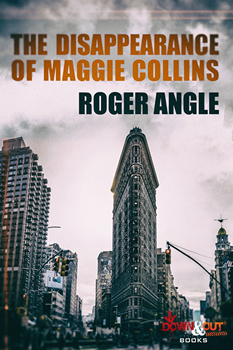 Maggie Collins, a newly minted NYPD detective, is lovely enough to be a model but wants to make a career chasing bad guys. She volunteers to go undercover to catch a serial killer.

“Don’t get in the car,” her lieutenant says. But, of course, she gets into the car.

The killer thinks he is in love, but his idea of love is a little strange.

The Big Thrill caught up with Pulitzer Prize nominee Roger Angle to discuss his debut novel, THE DISAPPEARANCE OF MAGGIE COLLINS:

I hope readers will gain some insight into the violent world of NY cops, especially back in the ‘80s, before the city was cleaned up. I also hope they enjoy the excitement, the sense of mission, and the writing.

I haven’t seen other cop stories that focus on the emotional life of a serial killer who is also a cop and who is seeking what he thinks is true love.

When I first wrote in the POV of the killer, that scared me more than I had ever been scared in real life.

A certain darkness resides deeply in all of us, and I tried to get at some of that. This is the advantage of fiction. You can put it into your characters.

Cormac McCarthy, for writing style. Herman Melville, for a sweeping story. Count Leo Tolstoy, for depth of character. Albert Camus, for the way character determines fate. (I am not in their league, BTW.) 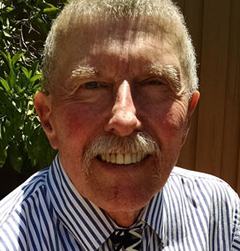 Roger Angle writes novels and short fiction but started out life as a poet. He has published more than 20 poems and short prose pieces in literary journals, in addition to thousands of newspaper stories and dozens of magazine articles. He was nominated for a Pulitzer Prize as a reporter in 1967 and won the Random House short fiction contest in 1999 with “Casualty of War” about a narcissist in a relationship. Recent publications include a comic thriller “The Hit-Man” in Murder at the Beach, published by Down & Out Books in 2014. THE DISAPPEARANCE OF MAGGIE COLLINS is his first published novel. Angle lives in Southern California.

To learn more about Roger, please visit his website.