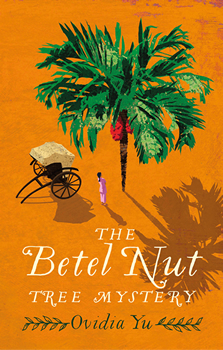 What we came to think of as the betel nut affair began in the middle of a tropical thunderstorm in December 1937 . . .

Singapore is agog with the news of King Edward VIII’s abdication to marry American heiress Wallis Simpson. Chen Su Lin, now Chief Inspector Le Froy’s secretarial assistant in Singapore’s newly formed detective unit, still dreams of becoming a journalist and hopes to cover the story when the Hon Victor Glossop announces he is marrying an American widow of his own, Mrs. Nicole Covington, in the Colony. But things go horribly wrong when Victor Glossop is found dead, his body covered in bizarre symbols and soaked in betel nut juice.

The beautiful, highly-strung Nicole claims it’s her fault he’s dead . . . just like the others. And when investigations into her past reveal a dead lover, as well as a husband, the case against her appears to be stacking up. Begrudgingly on Le Froy’s part, Su Lin agrees to chaperone Nicole at the Farquhar Hotel, intending to get the truth out of her somehow. But as she uncovers secrets and further deaths occur, Su Lin realises she may not be able to save Nicole’s life – or even her own.

The minutiae of daily life in 1930s Singapore–and how the ‘simple’ times we look back on with nostalgia were actually full of the schemes, stresses and hopes we humans occupy ourselves with.

It’s also about living in the bliss of ignorance, in a time when people believed that after the Depression and the Great War, the worst was over.

In fact, the shadow of WWII and the Japanese Occupation was already looming. I feel we are living under a similar shadow today.

It features a Straits-born girl as the amateur sleuth, with all the practical adaptability people needed to survive. And I hope the differences in setting and circumstances will underscore the spirit and ingenuity found in all who make the decision to survive and thrive.

I was surprised by how many people have stories they were willing to share about the between-the-war years. I had thought my parents and grandparents were the only ones with stories.

I originally meant to write a book about tree spirits–there’s a superstition that trees can harbour traumatic ‘memories.’ For example, if a battle has taken place nearby, those trees may carry the trauma and exact revenge–hence the offerings people put out in makeshift shrines. But I watched Downton Abbey and got side tracked…

Agatha Christie and Nancy Mitford most of all. I fell in love with reading and then writing through their books. And I still return to them as comfort reading. What I love most about their writing is, even when I know all the outcomes, I return to visit the characters as old friends who remind me of who I am–or rather, who I once wanted to be.

I would love to create characters like they could one day. Not necessarily the sleuths and villains but Christie’s Henrietta Savernake and Lucy Aylesbarrow and Mitford’s patient, perspicacious Fanny. 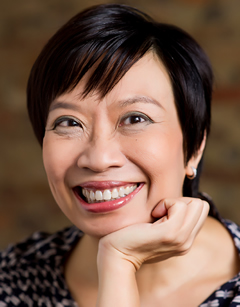 Ovidia Yu is one of Singapore’s best-known and most acclaimed writers. She has had over thirty plays produced and is the author of the Aunty Lee mysteries as well as The Frangipani Tree Mystery, the first book in the Crown Colony Crime trilogy.

To learn more about Ovidia and her work, please visit her website.