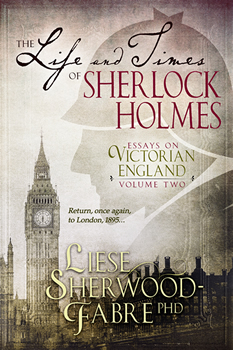 “I don’t remember a time when I didn’t know about Sherlock Holmes,” says Liese Sherwood-Fabre, author of THE LIFE AND TIMES OF SHERLOCK HOLMES: ESSAYS ON VICTORIAN ENGLAND, a fascinating companion guide for anyone who can’t get enough of the legendary English detective, or that seemingly endless list of writers who insist upon resurrecting Holmes or some facsimile of him in their work.

“We were latchkey kids,” Sherwood-Fabre says, talking about her years growing up in Dallas, Texas. “And if we weren’t helping my father out in his micro-film business, we were home watching old black and white films on a local TV show called Dialing for Dollars. They never did call us, darn, but I remember watching those Basil Rathbone movies and that’s how I first got to know Sherlock Holmes.”

There are plenty of folks who have paid and continue to pay homage to Arthur Conan Doyle’s master detective, but that’s not really what Sherwood-Fabre is all about. Instead, she’s fascinated by how the Victorian Age influenced Holmes and made him who he was. To that end, she’s produced an incredibly well-researched, easy to read, helpful book of short, illustrated essays.

At first, your reaction might be, Who cares? I mean, haven’t we had enough Sherlock Holmes? Obviously not. And with good reason.

She aims to remedy that by putting her academic background—a PhD from Indiana University—to work by researching the Victorian Age. Sherwood-Fabre took what she learned and began writing short essays that give modern readers greater insight and a deeper understanding of the references to the period that appear in the original Sherlock Holmes stories.

“His cases take on richer meaning when the reader grasps the subtleties of details such as the blue ribbon mentioned in The Adventure of the Cardboard Box, the doss houses Shinwell Johnson knew about, or how one contracted brain fever. These insights provide 21st century readers with context that has been lost over time.”

Once you get your hands on her e-book, a compilation of essays she’s published over the years in the Sherlockian E Times newsletter as well as other periodicals that offer all-things Holmes, you’ll get to know Holmes better than you ever thought possible by understanding the world in which he and Dr. Watson lived.

So, who is this woman who’s turned herself into an expert on Victorian England?

Liese (pronounced Lisa) Sherwood-Fabre was raised in Dallas, Texas. Her father ran a microfilm business and her mother, as well as she and her brothers and sisters, worked with him. “It was before computers and scanners and it was manual labor. There was a small camera and you had to run papers through by hand and photograph them.”

She now works for the federal government in health and human services, overseeing a grant program.

Sherwood-Fabre also writes fiction. Her novel, Saving Hope, is a thriller that takes place in Russia, where she worked for several years in the mid-1990s, a time when the Russian economy was not in very good shape. The novel centers on Iranians recruiting Russian scientists to work on their bio-weapons program. “I asked myself, what would cause a Russian scientist to go to work in Iran?”

That curiosity has served her well.

It was Sherwood-Fabre’s fascination with Sherlock Holmes that led her to want to learn more about him.

“One day, I started wondering what was it that made Sherlock Holmes Sherlock Holmes? If you look into what Doyle wrote, he provides very little information about Holmes growing up. Essentially we know four things: his ancestors were country squires; he had a brother named Mycroft; his grandmother was the sister of a French portraitist; and he attended college for two years.”

Sherwood-Fabre realized Holmes did not spring full-grown from a vacuum.

“The most obvious answer is that Holmes learned most of what he knew from his family, and that he was probably trained by his father. But then I started to think—what if it wasn’t his father but rather his mother who really was the biggest influence on him? After all, Victorian women were expected to be in charge of the children’s education. What if she was this totally brilliant woman but she wasn’t allowed to do a lot of stuff, so she threw herself into her children’s education, and as a result her sons grew up to be these two brilliant young men?”

This led Sherwood-Fabre to an idea for a novel featuring a 13-year old Sherlock Holmes, who takes on the case of his own mother who is accused of murdering the village midwife. But before she began to write, she had some legwork to do.

“To be able to write a historical, you have to do research into the area. The first thing I looked at was the country squire. As I got into researching Holmes and Victorian England, I realized other people might be interested in this as well. I wasn’t involved in the Sherlockian world, but I knew there were newsletters and that they were probably looking for content. I asked myself, what if I write them and see if they’d like one essay a month, the first one being on country squires? They loved the idea. I wrote two years’ worth, and then realized that there were people who weren’t reading newsletters who might be interested in this material. So I published the first 24 essays in Volume 1, and now there’s a Volume 2.”

When asked for some of the more interesting facts she’s uncovered, she says, “Doyle writes about people who had brain fever. I wasn’t quite sure what they meant by that, so I started researching it and found that their concept of fever was different from ours. To us it means elevated body temperature, but for them, fever was a broader term for illness. I also found how the bicycle had a very large impact on women because it gave them mobility and freedom of movement they’d never had before. And the invention of the typewriter created an entire profession for women. Sherlock Holmes anticipated the use of analysis of the unique aspects of typewriter keys in one of his mysteries, prior to it ever being used in an actual legal case.”

She was also surprised to find that there was a shortage of men in the Victorian era, “partly due to war but also due to men going to seek their fortunes in other countries, like India.”

Sherwood-Fabre’s next project is contributing to an anthology of essays on the female characters in the canon. “It examines the concept of agency—independence and self-determination—and its impact in determining the character’s role in the story as villain, victim, or violet, a character who achieves some agency and maintains essential ‘goodness.’”

And yes, there will be a Volume 3 on the Life and Times of Sherlock Holmes in the Victorian Age. 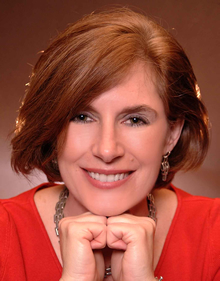 Liese Sherwood-Fabre obtained her PhD from Indiana University and worked for the federal government, both domestically and internationally, for more than thirty years. Her essays on Victorian England appear in Sherlockian newsletters in five different countries and have been published in book form as The Life and Times of Sherlock Holmes. As the recipient of several writing awards, including a nomination for the Pushcart Prize, New York Times bestselling author Steve Berry has described her writing as “gimmick-free, old-fashioned storytelling.” She is active in her local Sherlockian society, The Crew of the Barque Lone Star, as well as a member of the Studious Scarlets Society.

To learn more about Liese, please visit her website.