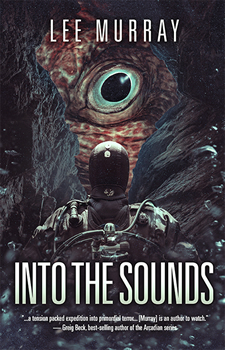 On leave, and out of his head with boredom, NZDF Sergeant Taine McKenna joins biologist Jules Asher on a Conservation Department deer culling expedition to New Zealand’s southernmost national park, where soaring peaks give way to valleys gouged from clay and rock, and icy rivers bleed into watery canyons too deep to fathom. Despite covering an area the size of the Serengeti, only eighteen people live in the isolated region, so it’s a surprise when the hunters stumble on the nation’s Tūrehu tribe, becoming some of only a handful to ever encounter the elusive ghost people. But a band of mercenaries saw them first, and, hell-bent on exploiting the tribe’s survivors, they’re prepared to kill anyone who gets in their way. A soldier, McKenna is duty-bound to protect all New Zealanders, but after centuries of persecution, will the Tūrehu allow him to help them? Besides, there is something else lurking in the sounds, and it has its own agenda. When the waters clear, will anyone be allowed to leave?

Award-winning author Lee Murray met up with The Big Thrill to discuss her latest thriller, INTO THE SOUNDS:

INTO THE SOUNDS and its predecessor Into the Mist are stories derived from, and embedded in, the landscape of New Zealand. A deep connection to our landscape and our geography is true for many New Zealanders, not just writers. It is our ‘turangawaewae’ – which translates as ‘the place where we stand’. Setting INTO THE SOUNDS in isolated Fiordland, where grey-green mountains soar above inlets gouged from rock and stone, I hoped to conjure some of the richness of its character to reveal some of its mysteriousness and its beauty.

While The Ngaio Marsh Awards have showcased a multitude of New Zealand crime thrillers in recent years – Paul Cleave, Paddy Richardson, and Vanda Symon for example – science fiction military thrillers are few. However, the success of Into the Mist, which gained a Sir Julius Vogel Award for Science Fiction and Fantasy 2017, suggests there is high demand for thriller works set in a rugged New Zealand landscape and introducing Kiwi characters.

I discovered that our humble flax (harakeke) can be stronger than steel, a fact that allowed for a vital twist in the story: depending on the isolation techniques used, the tensile strength of flax fibres has been found to range between 1500 MPa and 1800 MPa (megaPascals), with a compressive strength of around 1200 MPa. By comparison, the tensile strength of A36 standard structural steel is 400-550MPa.

INTO THE SOUNDS is the second Taine McKenna adventure, the stand-alone sequel to my Sir Julius Vogel Award winning title Into the Mist (which was also a finalist in the Australian Shadows Award and long-listed for the Bram Stoker Award).

So many. I’ve been especially lucky to have been mentored by iconic New Zealand writer Graeme Lay early in my career. More recently, I’ve attended workshops run by some writing heroes: thriller writers Tim Waggoner and Jonathan Maberry, who have armed me with some additional skills. Writers I admire and whose work I devour the minute it hits the shelves include Australians Kaaron Warren and Greig Beck, and Kiwi writer Paul Mannering. 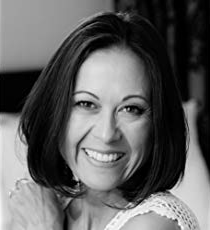 Lee Murray is a multi award-winning writer and editor of fantasy, science fiction, and horror (Australian Shadows, Sir Julius Vogel). Her titles for adults include the acclaimed Taine McKenna series of military thrillers (Severed Press) and supernatural crime-noir series The Path of Ra co-authored with Dan Rabarts (Raw Dog Screaming Press). She lives with her family in New Zealand, where she conjures up stories for readers of all ages from her office overlooking a cow paddock.

To learn more about Lee and her work, please visit her website.