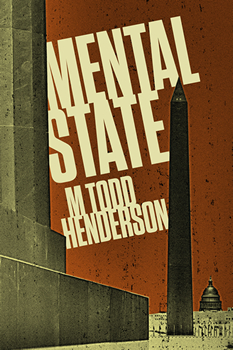 When conservative law professor Alex Johnson is found dead from an apparent self-inflicted gunshot wound at his house in Chicago, everyone thinks it is suicide. Everyone except his brother, Royce, an FBI agent.

Without jurisdiction or leads, Agent Johnson leaves his cases and family to find out who killed his brother. There are many suspects: the ex-wife, an ambitious doctor with expensive tastes and reasons to hate her ex; academic rivals on a faculty divided along political lines; an African-American student who failed the professor’s course.

As Agent Johnson peels back layers of mystery in his rogue investigation, the brother he never really knew emerges. Clues lead from the ivy-covered elite university and the halls of power in Washington to the gritty streets of Chicago and Lahore, Pakistan. Ultimately, Agent Johnson must face the question of how far he is willing to go to catch his brother’s killer.

MENTAL STATE is about two brothers learning about each other in death, and about the things people will do when convinced they are in the right.

The Big Thrill caught up to M. Todd Henderson to discuss his legal thriller, MENTAL STATE:

My ambition is that the story provides a few hours of entertainment, but along the way offers some ideas to chew on. Although murdering another human is something we are taught is categorically wrong, there are many killings that are occasionally justified: self-defense, capital punishment, and war are just a few examples. These are all cases in which the taking of a human life is thought to serve the common good. But if killing one person to serve the interests of society is acceptable, this opens the door to excusing all sorts of killing in pursuit of political ends. In an era of increasingly confrontational politics, MENTAL STATE explores the lengths we will go to remake society in ways we are confident are right. I hope the story makes readers examine their own views about justice in new ways.

This murder mystery is set in and around a law school, a world typically ignored by the genre. I used my experience as a legal academic, a lawyer in Washington, D.C., and the brother of an FBI agent to give the story real-life perspectives. Some of the themes of the book—pedophilia, infertility, and racial politics—are also uncommon in mysteries and thrillers.

It was shocking how easy it was in my own mind to step into the shoes of the bad guys in the book. The arguments they make for murder were surprisingly easy for me to understand and to accept. Although we would likely all blanch at the idea of killing, when the hypothetical cases are set out in cost-benefit terms, it is pretty easy to talk oneself into it.

MENTAL STATE was inspired by the murder of a friend who taught law at Florida State. Trying to come to grips with his murder, I imagined why someone would kill a law professor. To do this, I made the victim myself, and sent my brother, at the time a straight-laced FBI agent, on the hunt for the killer. Drawing on my real-life experiences in academia, in Washington power plays, and from my own complex family, the story is autobiographical fiction. The things that happen to Alex (the murdered law professor in the book) more or less happened to me.

I love to read everything, so I do not consider myself a connoisseur of the thriller or mystery genre. I read anything recommended by people whose opinions I trust, which means biographies, science fiction, law, current events, psychology, economics, politics, travel books, the classics, and so on. I loved Isaac Asimov as a kid, and he created a love of sci-fi that burns to this day. Wallace Stegner is also a favorite, especially Crossing to Safety. My all-time favorite book is The Brothers Karamazov, although Moby Dick is a close second. 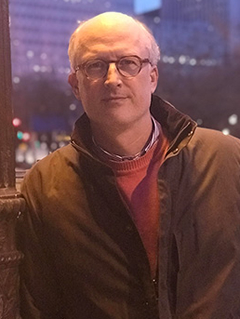 M. Todd Henderson was the biggest baby born in Tennessee in 1970. A professor at the University of Chicago, he is renowned as being the tallest law professor on Earth. Prior to becoming an academic, he worked as a designer of dams, a judicial clerk, a Supreme Court lawyer, and a management consultant. He lives in the Hyde Park neighborhood of Chicago with his wife and three children.