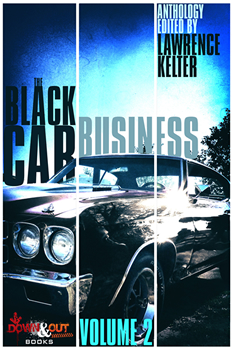 The “black car” has appeared both conspicuously and inconspicuously throughout the annals of fiction—its presence both mysterious and menacing, its appearance enough to pause your heart.

It’s the sedan just within sight that seems to be mimicking your speed and movements as you walk down the dark deserted street late at night. As the hairs rise on the back of your neck you wonder, Who is behind the wheel and what is the driver’s intent? It’s The Black Car Business and its presence means your life is about to abruptly change. You try to assure yourself there’s nothing wrong, but your pace quickens nonetheless, and soon you’re running, desperate for that narrow sliver between two buildings to slip through, the one too narrow for the black car to pass through.

It’s that car parked just down the block that sends chills down your spine and keeps you awake throughout the night.

It’s the sanctuary you race toward when you’re being chased, only to explode when you turn the key.

It’s the one that skids off the icy mountain overpass and plunges into the cavernous grotto.

It’s where Clemenza garrotes Carlo just as he’s about to be driven to the airport.

If The Black Car Business Volume 1 made you nervous, VOLUME 2 will have you climbing the walls. Here are eleven fresh takes on that ominous black whip coming out of nowhere to stun and lay waste to your psyche. You may lose a few nights’ sleep but we promise it will be worth it.

The Big Thrill caught up to Lawrence Kelter to gain some insight into the creation of the second volume of THE BLACK CAR BUSINESS anthology:

I hope this anthology sends a warning and makes the readers more aware of the world as events unfold around them, and that it keeps them from one day becoming a victim. I like to think that this book will change the way you look at that inconspicuous car that’s just a bit too conspicuous, the one that’s parked where it shouldn’t be or is following behind you as you wind through the inner city. All is not as it seems to be. Keep an eye peeled and stay safe.

It’s a black car and its presence means your life is about to change. You try to assure yourself there’s nothing wrong, but your heartbeat accelerates nonetheless. Soon you’re running, desperate for that narrow sliver between two buildings to escape through, the one that’s just a few inches too narrow for the black car. This book pays homage to all the great books and films in which a mysterious car has taken on a larger-than-life role. Whether it’s Stephen King’s Christine, or Sonny Corleone’s black sedan being pummeled with machine gun bullets in The Godfather, the “Black Car” adds an intense layer of intrigue to many great reads.

I was amazed at how diverse a range of stories I received from the contributing authors. The stories ranged in period from present day to the 1920s. The black cars came in all shapes and sizes and its presence in the individual stories meant many different things. It also became clear that each writer’s voice was lucid and incredibly distinctive from the others.

The idea for this book first came to me while I was prisoner in a black town car while a nor’easter raged just outside. Well, not a prisoner to the driver but prisoner to the storm. A veteran limo driver picked me up at the airport. It took us several hours longer to complete the ride than it should have. All the while this “wheelman” regaled me with stories that chronicled his unique experiences in the “black car.” I immediately thought of writing a novel around a character like him, but later decided it would be more interesting to come at the driver’s perspective from multiple angles. Hence the anthology seemed like the perfect medium for the project.

I like to say that specific authors do not influence me but more the books they’ve written. However, in the case of these two anthologies I continually felt my mind drifting back to Thomas Harris and The Silence of the Lambs. He created such exquisite tension in that novel that I’ve often found myself trying to recreate a similar level of suspense in my own writing. They say that imitation is the most sincere form of flattery and they ain’t kidding. 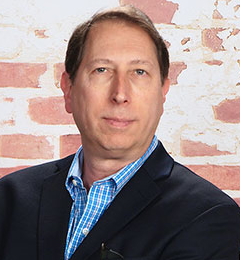 Lawrence Kelter never expected to be a writer. Well, times change. He has now authored several novels including the internationally bestselling Stephanie Chalice Mystery series. Nelson DeMille said, “Lawrence Kelter is an exciting new novelist, who reminds me of an early Robert Ludlum.” With the 2017 publication of Back To Brooklyn, Kelter launched a new studio-authorized series based on the iconic comedy classic My Cousin Vinny. A New York area resident, he relies primarily on locales in Manhattan and Long Island for his stories’ settings.

To learn more about Lawrence Kelter, please visit his website.