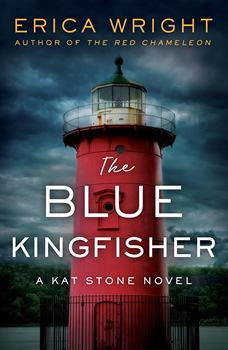 What happens when a master of disguise tries to be herself for once? If you’re private investigator Kat Stone, trouble seems to find you with or without your favorite wig.

Kat knows she’s living on borrowed time, waiting for her violent past to catch up with her. Still, she doesn’t expect men to start falling from the sky. On a desolate morning in Fort Washington Park, Kat discovers the body of her building’s French expat maintenance man atop the Jeffrey’s Hook Lighthouse. The NYPD is quick to dismiss his death as suicide, another lost soul leaping from the bridge overhead. Kat is less than convinced, especially when she learns about his dangerous side hustle, finding jobs for immigrant members of their community.

Her investigation turns up unexpected connections to Manhattan’s tony art world, not to mention a host of dark superstitions. When she goes undercover with a deep-sea fishing company, she gets a little too cozy with a colorful cast of characters and a couple of jellyfish. Will she find his killer before her past drags her under? From one of the most acclaimed new mystery writers working today comes a riveting novel of suspense that will have you guessing until the last page is turned.

Erica Wright, author of THE BLUE KINGFISHER, took some time to discuss her latest book with The Big Thrill:

My protagonist prefers pretending to be other people than herself, but in THE BLUE KINGFISHER she’s learning to be more comfortable in her own skin. I hope that readers will consider the benefits and risks of letting down our guard, letting people see us for who we are. This relates to a persistent theme in my work: the haves versus the have-nots. Where are the spaces the two meet, and what are the consequences?

Kat’s investigation leads her into a world of off-the-book jobs for immigrant members of her community. In my research, I learned a lot about the precarious nature of these positions. On a lighter note, I also discovered that there are no jellyfish that cause hallucinations off the North American coast…but I still included one.

So many, but I’ll mention Sara Gran for how she adheres to the conventions of mysteries while creating books that are wholly original and surprising. I’ve been co-writing a novella with Alex Segura, and I’ve learned so much about pacing in the process. He’s reinventing noir for our times. Sue Grafton is the first mystery writer I remember knowing from books my mom bought. It’s amazing how modern they seem, even the early letters. I discovered Radha Vatsal about a year ago, and I love her work. She weaves in historical details seamlessly. 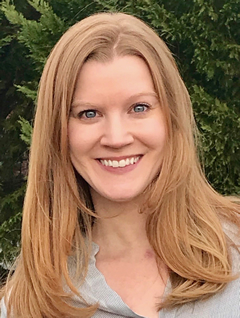 Erica Wright’s crime novel The Granite Moth was called “brisk, dark, slinky” by USA Today. Her debut The Red Chameleon was one of O: The Oprah Magazine’s Best Books of Summer 2014. She is also the author of the poetry collections Instructions for Killing the Jackal and All the Bayou Stories End with Drowned. She is the poetry editor at Guernica Magazine as well as a former editorial board member for Alice James Books. Her new novel THE BLUE KINGFISHER launches this fall.