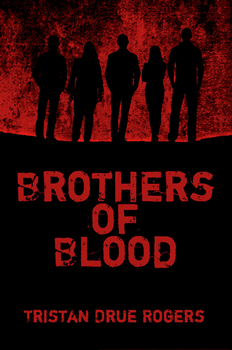 Belle Whynecrow and her oldest brother, Beau, attend their father’s funeral, inciting a bloodlust in Beau that trickles down onto his impressionable little sister. Eventually, Beau’s antics lead him to prison, causing their mother to flee the state with Belle, so that they may lead a simple life. All for naught, Belle obsesses over the teachings of her oldest brother, awaiting his arrival, as she creates her own brotherhood, leading each additional brother to victory over a string of terrible crimes.

When Beau finally shows up at her doorstep, he does so as a devout man of God, looking to prove to his family that his time in prison changed him for the better. This doesn’t bode well with Belle, who begins crafting a plan that could lead Beau headfirst into or against the brotherhood that his sister built specifically for him to thrive in.

Tristan Drue Rogers took time out of his busy schedule to discuss his thriller, BROTHERS OF BLOOD:

I hope they will learn that family is the most important thing that we have in this world, blood or not. Also, perhaps, just maybe, the cute girl in high school is plotting to kill you. And she can do it.

There is a deep underlying manifestation of fear that as a young boy, I had believed the world to be and this book represents that. The genre has to push itself to move forward and I think that by showing a character be truly evil at a young age and then being sent to prison to come out years later a changed man is something that can resonate and be built upon in the future. As well as just because we’ve served time doesn’t mean we can truly escape the world we left behind.

Each of these writers and many more showed me how to write a damn good story. That’s a big enough influence to me to keep going, so that maybe I can be better than them. Of course, I do see that as a losing battle, but I’m game to try! 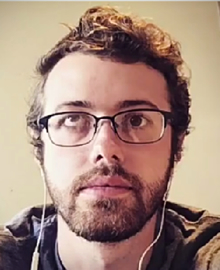 Tristan Drue Rogers continues to misspell his middle name in spite of it appearing that way on his birth certificate. He is a husband and an author. A self-described “ever-student,” Tristan prefers to learn as opposed to master, disbelieving in absolutes. His stories, especially his characters, represent this ideology well; with a keen commentary on the lives of people today, he attempts to bridge the old with the new, the fantasy with reality, the anxiety with heroism, and the horror with beauty. Deepening wounds and reevaluating their power is the name of the game. His recently released novel Brothers of Blood is available anywhere books are sold.

To learn more about Tristan, please visit his website.