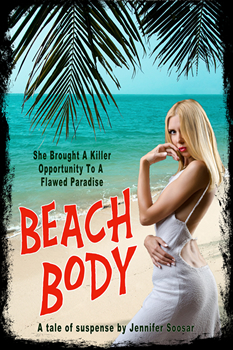 She Brought A Killer Opportunity To A Flawed Paradise…

Set at a Cuban resort, a mysterious blonde manipulates a restless dancer to perform her dirty deeds in exchange for freedom.

By day, Homero manages the towel hut at a beach resort on Cayo Guillermo. By night, he entertains in the theatrical show. But exposure to wealthy foreigners has come at a price. Homero now lusts for a life of fame and fortune beyond the ocean’s horizon line.
When a mysterious guest—known as the ‘White Lady’ due to her odd, bleached appearance—offers to whisk Homero out of Cuba, he jumps at the opportunity. But there are deadly strings attached to her proposal. As Homero performs the most dangerous dance of his life, he grapples with the unforeseen consequences of his most tragic decision.

The Big Thrill caught up with author Jennifer Soosar to discuss her latest novella, BEACH BODY:

I hope readers are entertained by the plot and, if they have never travelled to Cuba before, get a small sense of what it’s like there. My main character is a Cuban resort worker and, through him, I tried to imagine the experience of growing up in Cuba, and contrast that with what he is exposed to at the resort.

I like the noir and pulp “paperback originals” from the 1940s and 50s and had those books in mind as I wrote this. I wanted this to be a little different from the domestic-type suspense that is very popular now. Both the setting and the characters are unusual.

This book is set on the tiny Cuban island of Cayo Guillermo. During my own visit to this island, I discovered that Ernest Hemingway had spent time there and had mentioned it in his novel, Islands in the Stream. Inspired by that, I wanted to continue the literary tradition and created this story to pay homage. 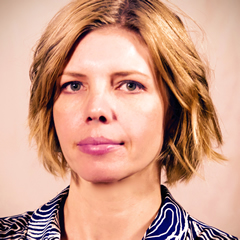 Jennifer Soosar watched too much ‘America’s Most Wanted’ growing up and has been writing about shady characters ever since. She was an ITW Debut Author in 2016-17 with her psychological suspense novel, Parent Teacher Association. Her short stories have appeared in EQMM, Flash Bang Mysteries, and Spinetingler Magazine. She is a member of the Crime Writers of Canada, the International Thriller Writers and Sisters in Crime – Toronto.