Dick Thornby is not Hollywood’s idea of a spy.

He’s not a supercool guy in a tuxedo or a crazed loner who does nothing but kill and drive fast. He’s just a regular guy with some skills for a job that needs doing. He also has a wife, a teenaged kid, a mortgage, and all the mundane problems associated with life.

In his latest mission, Dick is teamed with Acacia (“Ace”) Zyreb, a young female agent from the East European office of the Subsidiary, to deal with the mystery behind coordinated hacking of the braking systems of several car models.

Doing his best to maintain his vows to his wife, Dick struggles to deal with the inexperience and provocative attitude of Ace on her first non-European mission. Their somewhat combative investigation takes a left turn by uncovering a much more sinister threat to the world and to Dick’s family. He’s willing to risk his job, his partner, and his life to eliminate the threat, but the clock is ticking.

Foremost, I want the reader to be entertained by being drawn into the mystery and action of the plot. I also want the reader to learn cool and interesting things, whether little known details about a location, a piece of science, a gadget, or a bit of history. But I also want the reader to see a protagonist who tries to balance his job and his life, who agonizes over tough decisions, and who has a personal code of honor. Sure, Dick Thornby does what has to be done, but that doesn’t mean he always does what he’s told. And it doesn’t mean he doesn’t pay a cost that only he can bear.

While most people would make bad spies, most spies are regular people working hard at a tough, thankless job while still trying to live a normal life.

The internet isn’t just a trove of information, it is an entire world (or set of worlds) full of conspiracy theories, simulations, videos, virtual worlds, maps, images, statistics, and crazy things that most people never delve into.

Well, you’ll certainly learn some colorful phrases in Czech, since Dick’s new partner uses her native tongue for most of her expletives.

Robert J. Sawyer, Michael Crichton, Dan Brown, Larry Niven, Jerry Pournelle, and Stephen Barnes. These are all writers who seize upon an interesting fact, scientific development, or academic theory and extrapolate from it to create amazing fiction by developing intrigue around it or spinning it off into an entirely new world. 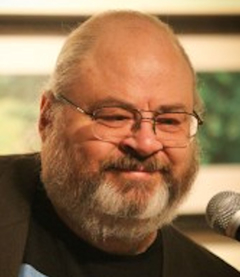