That’s the best word to capture the emotion of each of the authors whose books were nominated for the 2018 International Thriller Writers Best Paperback Original award—and for some of these authors who’ve been around the block a few times, “surprise” is often tough to achieve.

At least off the page.

But one thing’s for certain, the characters in these books—diverse, authentic, and well crafted —are in for quite a few. For fans of these writers, that shouldn’t come as…you guessed it…any surprise.

The nominees took some time out to answer a few questions for The Big Thrill. 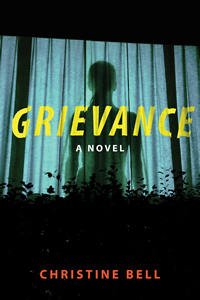 Christine Bell had been circling a parking lot in search of a stall for twenty minutes when her phone alerted her to a text. As a car slid out of its space, she slid in, parked, read the message that her book GRIEVANCE had been nominated for an International Thriller Writers Best Paperback award, and thought, “Life is so often better than expected.”

The nomination is an important milestone for GRIEVANCE—the story of a young woman who is stalked by a shadow of her dead husband’s past. For Bell, it’s a symbol that her work is being acknowledged outside the space it occupies in her brain.

“Writers write in small rooms, in libraries, at red lights, on the bus—we write in our heads,” she says. “The ITW encompasses such a diverse group of writers. Thank you for hearing the voice of my story.”

If possible, Bell would have loved for the late author Samuel Beckett to hear her work too—likely over a pizza from Johnny’s Apizza because “the crust is charred with a light dust of flour,” she says. “We would talk Proust and baseball and bicycles.” 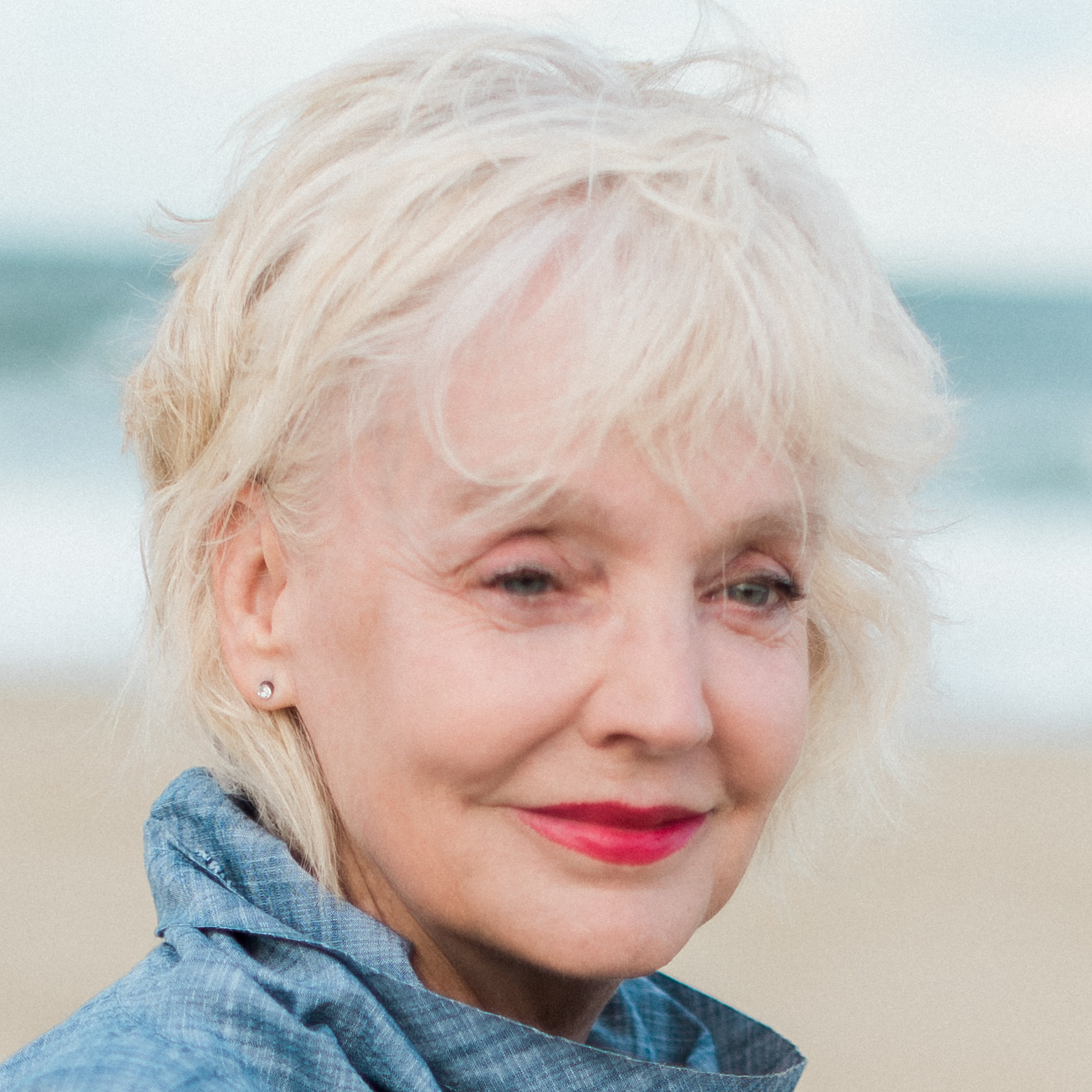 And about that time when Bell watched the poet Marianne Moore throw out the first pitch of the ’68 Yankee season.

“She threw a strike,” Bell says. “I thought, well if I don’t make the cut to play first base for the Yankees, I’ll have to become a writer. But really, that’s just common sense and not surprising.”

If you haven’t read GRIEVANCE, you can add it to your To Be Read pile here. 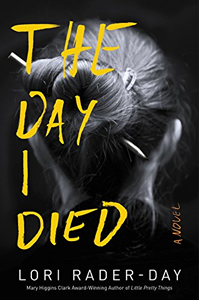 LORI RADER-DAY – THE DAY I DIED

It takes a lot to surprise Lori Rader-Day these days, but when she learned that THE DAY I DIED had been nominated for an International Thriller Writers Best Paperback Original award, her first reaction was…well, surprise.

“People have a hard time categorizing my books, so I’m pleased that THE DAY I DIED has been given the official thriller stamp of approval,” she says. “I feel as though I’ve been invited to a really cool party. Maybe a party I’m not cool enough to attend, actually, but I’ll be there.”

Rader-Day is perhaps being somewhat humble—three of her books, including THE DAY I DIED, have been nominated for the prestigious Mary Higgins Clark Award. It was also an Indie Next Pick and a Barry Award nominee—a considerable amount of buzz for the story of Anna Winger, a handwriting analyst at war with her teenage son. Their lives start to unravel when Anna helps out with a ransom note left behind at the scene of a murder and kidnapping. 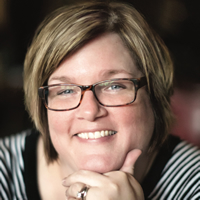 Get the full scoop on Rader-Day and her books by visiting her website.

Nope, that’s not the beginning of a joke, but rather, the thrilling premise of Layton Green’s RESURRECTOR, an action-packed story that this year was nominated for the International Thriller Writer’s Best Paperback Original award. Green is both humbled and elated.

“The amount of talent out there can be debilitating,” he says. “I am extremely grateful to whatever alchemy of circumstance led to this book being noticed. To a writer—or at least this writer—every sale, positive review, and nomination adds a little to the validation-meter that keeps me believing enough in my work to keep writing.”

Confidence is an important factor, yes, but so too is the power of influence, and Green says he owes a number of authors a debt of gratitude for their inspiration. It would be hard to select one…but if pressed to choose someone to share a meal with, Green would give his love of food a nod and run with a culinary angle.

“If Umberto Exo were still alive, being Italian, he’d be in the running. Instead, I’ll swerve over to Japan,” he says. “Two of my favorite Japanese authors are Haruki Murakami and Fuminori Nakamura. I have already had dinner with Fuminori, when I interviewed him for my International Thrills column. Fuminori was very gracious and interesting, but I’m thinking Haruki would up the Michelin-star ante, so I’m going to go with him. Though along those lines, I should probably just choose Anthony Bourdain. Whoever contacts me first gets the nod.” 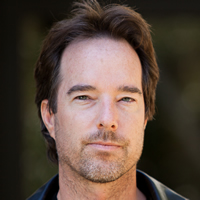 And maybe—with just the right amount of Saki—the winning dinner companion could dig into Green’s secrets. Most fans know that Layton Green is a pseudonym, but few are aware that it’s not his first.

“The other one does not involve being an author,” he says. “And I’ll just have to leave it at that.” Hmmm. So many possibilities…

For non-personal information about Green (hey, he’s shy!) and his books, head over to his website.

Rachel Caine was certain there’d been a mistake. That was the only logical explanation for the email in her inbox. No way her book STILLHOUSE LAKE had been nominated for an International Thriller Writers Best Paperback Original award. Right?

“STILLHOUSE LAKE is my first thriller and once I realized that it was a real thing, that I was nominated, I went and looked at the full list of nominees,” she says. “I was so honored and humbled to be on that page (and still am).”

It’s the kind of validation Caine never expected—especially on her first thriller, the chilling story of a single mother who thinks she’s found safety from her serial killer ex—until a body turns up to implicate her in new killings.

“I’’ve been a fan of thrillers and thriller authors for so long, and being welcomed into the field seems like a real dream come true,” she says. “I can’t wait to keep going.”

Cain has already proven that she has what it takes. Though STILLHOUSE LAKE is her first thriller, it’s her 51st novel. Her previous works have touched on almost every genre—from horror, romantic suspense, sci-fi and urban fantasy, to young adult and all points inbetween.

But it’s clear “scary” holds a special place in her heart.

“I’d love to have dinner with Stephen King someday,” she says. “His books truly opened my mind to amazing possibilities and lit a desire to tell my own stories. A campfire cookout would be the perfect setting for some truly chilling discussions.”

To find out more about Caine’s impressive body of work, head over to her website. 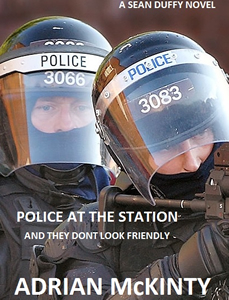 Characters are often crafted from piecesof people the author knows—a personality quirk, a fascinating job, a physical trait—but rarely does an author actually put himself in the book.

But Adrian McKinty did just that— gave himself a cameo role in one of the novels that make up his popular Sean Duffy series. Circumstance just called for it.

“Duffy runs over and drags behind his police car a kid who was walking on the road at night,” he says. “That actually happened to me in real life in 1984. I was run over by a police Land Rover and was pretty seriously injured as you can imagine. Anyway, years later I thought it might be fun to have the hero of my book run the actual me over in the fictional universe.”

That happens in Book #3 (McKinty thinks) but it’s actually Book #6 in the series—POLICE AT THE STATION AND THEY DON’T LOOK FRIENDLY—that was nominated for a 2018 International Thriller Writers Best Paperback Original award. To say he’s chuffed would be an understatement. 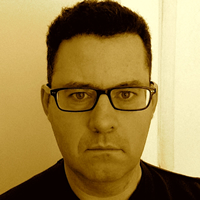 “This plucky little series of books has flown under the radar for years, and to be noticed like this is amazing,” McKinty says. “And to be with such wonderful authors that I admire greatly made this even more of an honor.”

By the looks of it, the series has plenty of staying power left—another three books are planned, and in addition to the ITW nomination, it’s had a few nods in its direction.

To find out more about the series, check out McKinty’s website.