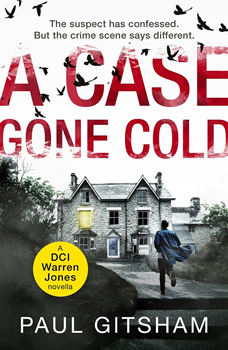 When an open-and-shut burglary case lands on DCI Warren Jones’ desk, he suspects it’s come to the wrong detective – until he learns a tantalizing detail. Despite the suspect having admitted to the crime after being found with the stolen goods, DNA found at the scene does not match the man currently on bail – but is a match to an unsolved violent rape case dating back to 1992.

With their man in custody refusing to talk, Warren must embark on a manhunt for the mystery accomplice. And so begins a game of cat and mouse that will test Warren’s rawest instincts and resolve – and throw up a shocking twist.

The Big Thrill caught up with author Paul Gitsham to get some insight into his latest thriller, A CASE GONE COLD:

I would hope that readers feel a sense of satisfaction that justice has finally been done.

I learnt about the crafty way that potential housebreakers ensure that you are away on holiday, rather than simply out.

The central premise of the story (and the twist) was inspired by my own parents’ unfortunate experience of burglary a couple of years ago.

Something I’ve always liked about the Golden Age of crime (Agatha Christie, for example) is the way that short stories in particular often save the final reveal for the very last paragraph. When I write short stories (rather than my full length novels), I like to emulate this style. I don’t gather everyone in the drawing room, Poirot style, but I do like to keep a number of viable suspects in the running right up to the very end. 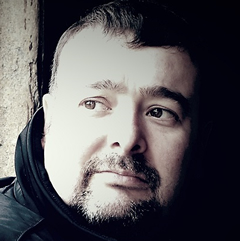 Paul Gitsham started his career as a biologist before retraining as a secondary school science teacher, in order to pass on his sloppy lab skills to a new generation. Along the way, he spent stints as a hugely over-qualified receptionist in a sports centre and working for a major UK bank ensuring international terrorists and other shady characters didn’t own an illegal bank account. Paul lives with his girlfriend in the East of England, in a house with more books than shelf space.