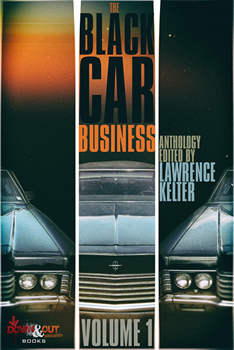 THE BLACK CAR BUSINESS is an anthology of short stories written by some of the thriller genre’s hottest writers, each crafting a heart-pounding take that propels you from story to story.

Editor Lawrence Kelter took some time out of his schedule to chat with The Big Thrill about what inspired the theme for this anthology and how each tale fits within the book.

What can you tell the readers about THE BLACK CAR BUSINESS?

That ominous sedan is always there—lurking—just out of sight. It’s parked down the street or it’s following you several car-lengths back as you leave the parkway to make your way through the inner city. One fleeting glance of the darkened figure within the shadowy cabin is enough to push you over the edge. After all, we’ve all got something we’re hiding—and maybe, just maybe, it’s payback time. As the hairs rise on the back of your neck you wonder, Who is behind the wheel and what is the driver’s intent? It’s THE BLACK CAR BUSINESS and its presence means your life is about to abruptly change. You try to assure yourself there’s nothing wrong, but your heartbeat quickens nonetheless, and soon you’re running, desperate for that narrow sliver between two buildings to slip through, the one too narrow for the black car to pass through. Will you make it in time? How was the book conceived at the beginning? What sparked the idea of writing the anthology?

Like a dark storm, this one’s been brewing for a long time. The notion first came to me in the backseat of a town car on a ride home from the airport, just as a brutal nor’easter descended on the east coast. Behind the wheel was the quintessential limo driver, a chap who’d been at the wheel most of his life—driver’s cap, stout, and jovial, with a brogue thick enough to ice skate across. As wind howled and roads flooded, a forty-five minute trip grew into three hours. All the while my loose-lipped friend regaled me with his tales of adventure, of the myriad passengers he’d transported in the back of his limo—stories only he could tell. The image of Clemenza garroting Carlo Rizzi in the front seat of a sedan blossomed in my mind and I immediately thought of all the dark and menacing directions in which the black car might take me. I thought about many ways to translate my idea into a finished work. Ultimately I decided on a multi-directional approach with ten dark and diabolical authors contributing their own unique point of view.

The authors each took the same basic character—a black car—but told very different tales. How were each of the authors chosen?

The black car contributors were selected from a group of writers whose work I’ve read and greatly respect. They’re all masters of the noir realm who jumped at the chance to take the black car for a spin around the block. It’s really remarkable how different each perspective is. Although I hoped for very a diverse assortment of stories, I didn’t micromanage the creative process and was delighted by the breath and creativity of the submissions.

Can you give a one sentence—ten words or less—description of each of the short stories?

“The Road Out of Town” by Eric Beetner
A teenager steals an abandoned car and gets more than just a joyride.

“The Doctor Is In” by J. Carson Black
In 2018, the Kennedy death car idles outside Jessica Stark’s house.

“The Brothers” by Diane Capri
Something is rattling around in the trunk.

“Kyla’s Condition” by Jeffery Hess
Not everyone gets picked up from prison in a limo.

“Jayden Dahl, Mobster Moll” by Lawrence Kelter
Speakeasies, mobsters, and dolls from an era gone by.

“The Black Run” by Simon Wood
A clean license is all that’s needed for a black run.

Have any of you ever encountered a black car in real life that spun into your stories?

Vincent Zandri did. Growing up, his dad drove a big black Lincoln Continental. That same car has made it into both his Jack “Keeper” Marconi P.I. and Dick Moonlight P.I. series.

The ten of you step out of the ThrillerFest conference to head to your favorite bar for fun and drinks. Suddenly you realize there is no cab that can carry all ten of you at once. As you ponder how to break up the group a long black limousine pulls to the curb. A very short, very stocky man with a thick red beard jumps out of the front seat, another comes out the backdoor sporting a black beard. They look like something between hobbits and leprechauns.

“It looks like you folks need a ride,” Red beard speaks in a thick Irish accent.

Black Beard is also Irish. “Have we got a deal for you!”

“Even that limo doesn’t have room for us all,” one of you replies.

To wit Red Beard reaches in and pushes a button, causing the top of the limo to fold out into a second story. “Convertible,” he says.

“Can’t say till you get in,” Red Beard says.

Are you willing to get into the car?

Hell yes, let’s take that bad boy for a spin. I can’t imagine a better jumping off point for ten mystery writers than a wild ride in the Shenaniganmobile. Speaking for all the writers, we’d definitely throw caution to the wind to see what Red Beard and Black Beard have in store for us. Something diabolical, I hope, something full of twists, turns, oohs and ahs. Hopefully we’ll live long enough to write about it. 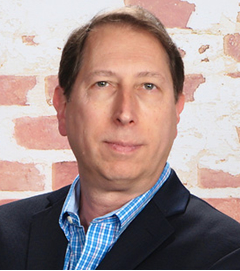 Lawrence Kelter never expected to be a writer. In fact, he was voted the student least likely to step foot in a library. Well, times change, and he has now authored several novels including the internationally bestselling Stephanie Chalic and Chloe Mather Thriller Series. Early in his writing career, he received support from literary icon Nelson DeMille, who was gracious enough to put pencil to paper to assist in the editing of the first book, and felt strongly enough about the finished product to say, “Lawrence Kelter is an exciting new novelist, who reminds me of an early Robert Ludlum.”

To keep up with Lawrence Kelter, please visit his website.