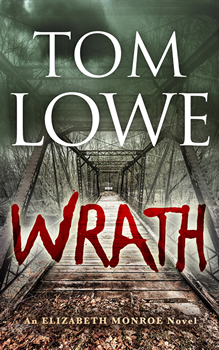 I had just finished WRATH by Thomas Lowe, checked out his website, and did some research. We’d decided via email when a good time to talk would be, and I call him at the mutually agreed-upon time.

“Hey, Tim,” Lowe says as he picks up the phone. “Let me just move from the den to my office so we can talk.”

He pauses for a beat, then says—and I can almost hear the shrug—“I live in Northern Michigan.”

Nice, I think. I live in Manhattan and the closest I’ve got to a den and an office is when I move my laptop from my wife’s desk in our bedroom to our couch in our bedroom. Anyway…

I remember from his website that Lowe says he enjoys the “loneliness” of the writing process. Now that I know he has a den and an office, I ask him to elaborate.

“It’s not the loneliness I really like,” he explains. “It’s just that I have to go to my office, close the door, and shut myself off from the distractions of home. I need to be able to read my stuff out loud and hear the dialogue, hear the rhythm of the sentences. Once I get started, the writing takes over. I usually produce about ten pages a day. I don’t stop writing. I fly through, get about ten pages done a day, and figure I can put the band-aids on later.”

Ten pages a day? Nice day at the office. Now I wonder why the creator of the Sean O’Brien series and the Paul Marcus trilogy has decided to start a new thriller series with a female protagonist, Elizabeth Monroe.

“When Sean takes on a case,” Lowe says, “he works it with a combination of brain and brawn. He’s a big guy and can handle himself. I was curious how a five-foot two-inch female college professor would—for lack of a better term—fight evil. (There seems to be an epidemic of evil in this country. Where does a Charles Manson come from?) As a forensic psychologist, Elizabeth is so much about the why something happened. She needs to know what the perpetrator wants by committing these gruesome murders. She’s the mother of a murder victim, so when one of her students is killed she can’t help but get out from behind the desk—she’s got some skin in the game now—and she makes a promise to the parents of the victim to do what she can to bring the killer to justice using her forensic psychology skills. And she’s not afraid of crossing the line. So much of what motivates Elizabeth is the unsolved killing of Molly, her daughter. She questions herself: Maybe this is the same killer? Maybe by solving the case in WRATH she can solve Molly’s murder.”

“You also give her a pretty good male cop as a partner,” I point out. “Tell me about Detective Mike Bradford.”

“Mike is immediately taken by Elizabeth’s intuitive abilities, her intelligence, her willingness to put herself in harm’s way. And he’s more than a little aware of how physically attractive she is. I had to be very mindful of the gender balance here,” Lowe says. “Mike walks a delicate tightrope of wanting to, on some level, protect Elizabeth, but also respect the fact that she’s more than equipped to handle herself.” Lowe pauses here for a few beats and adds, “She’s not only smart, she’s pretty good with a gun.”

He continues. “I like the way they play off each other. Elizabeth does most of the research and Mike does what I’d call the ‘cop stuff.’ They’re also obviously attracted to each other, but I purposely chose to not have them engage in any sexual activity. At least not yet.”

Speaking of research, it’s clear Lowe did a lot for this book. WRATH opens with a brutal reminder of Mississippi’s racist history: the lynching of four black teenagers from the famous “Hanging Bridge,” the Shubuta Bridge, near Hattiesburg.

“The bridge was notorious from 1918 to 1942,” Lowe says. “And it’s in Elizabeth’s hometown. I started this novel well aware of the current state of race relations in America. I mean, Mississippi still has five active hate groups. My intention was not to malign the South, but there’s a definite connection between what’s happening now racially and what has happened in the past. … Current events were heavy on my mind as I wrote WRATH. The research I did segued nicely into the story and gives it a stronger sense of credibility.”

Lowe has lived all over the United States, including the South. He spent years taking on freelance writing gigs for magazines and newspapers before becoming a fulltime journalist, eventually going on to write and produce documentaries for PBS. He says his journalism background came in handy when writing WRATH.

“I have an overactive curiosity,” he tells me. “It’s in my genes, my DNA. I probably do more research than I need to, but once I get all those dominoes lined up, I make them fall, and when the last one goes down, there’s my story.”

So, what’s next for Tom Lowe?

“The next Sean O’Brien book, The Dragonfly, comes out this summer. This is my ninth in that series. And I’ve got The Jefferson Prophecy—the second in my Paul Marcus series. And I’m working on the next Elizabeth Monroe book.”

Three series, I think to myself. Good thing Lowe has a den and an office.

Before I let him go, I ask Lowe one last question: “If you had the opportunity to put together your dream panel—living or dead—for ThrillerFest, who would be on it?”

With no hesitation, he starts with “John D. MacDonald. He was so gifted in so many genres. Stephen King called MacDonald’s The End of the Night one of the greatest books of the twentieth century. He was right. I’d also like to have Ross Thomas on the panel. He was able to combine espionage, crime, and politics brilliantly. And his dialogue was wonderful. Tess Gerritsen does a really great job with her books, so I’d include her. And James Lee Burke and Greg Iles—they both describe the South wonderfully and when I’m reading Iles, I can actually see the bluffs he’s writing about.”

The topic of his dream panel?

“I’d just like to talk with them about how to write an entertaining crime novel,” Lowe says. “What we as writers have to do to get the reader to walk away from reading the book and say, ‘That was worth it. The money and time, it was all worth it’. These writers pour their souls into their books. I’d like to talk about how to do that. Short of Hemingway’s ‘There’s nothing to writing. All you do is sit down at a typewriter and open a vein.’ How do you get that onto the written page? This is a conversation worth having.” 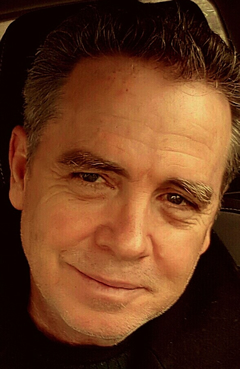 Tom Lowe’s latest mystery/thriller novel is WRATH. It is the first novel in a new series featuring forensic psychologist Elizabeth Monroe. Tom writes two additional series. There are nine novels in the Sean O’Brien series. The first was A False Dawn. It was followed by The 24th Letter, The Butterfly Forest, The Black Bullet, Blood of Cain, Black River, Cemetery Road, and A Murder of Crows. The Dragonfly is coming next. Tom’s first novel in the Paul Marcus series is Destiny. It begins with the discovery of Sir Isaac Newton’s lost notes and how a Pandora’s Box opens when a former CIA code-breaker puts the dangerous puzzle pieces together. The next book to be published featuring Paul Marcus is The Jefferson Prophecy. Tom is an award-winning screenwriter and filmmaker. As he writes his books, Tom draws from his travels around the world and his background as a print and broadcast journalist. Tom is a sailor and SCUBA diver.