Transporting Readers to Another World 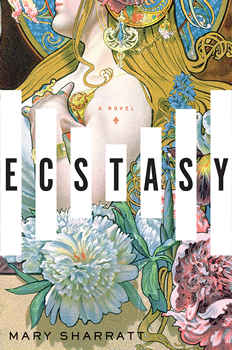 Mary Sharratt swears she isn’t hiding a time travel machine in her backyard—but if you’ve read her books, you might be hard pressed to believe her. The ability to transport readers to another world is not only paramount to the genre in which she writes, it’s the reason she authors historical novels in the first place.

“It’s an escape for me as much as it hopefully is for the reader,” she says. “I want that experience of immersion in a completely different universe. As the saying goes, the past is another country.”

In her latest release—ECSTASY—the reader is taken back to turn-of-the-century Vienna to follow the story of Alma Schindler, a beautiful young woman who yearns to make her mark as a composer in a time when women had yet the resources or support to chase their true ambitions.

But of course, as the story in real life goes, Schindler lost her heart to the great composer Gustav Mahler, and when he demands that she give up music in exchange for his hand in marriage, Schindler’s dream is threatened—creating an emotional roller coaster that is handled with expert care in Sharratt’s capable hands.

In order to fully explore Schindler’s character, Sharratt relied primarily on two historic resources—Alma Schindler’s diaries (her published diaries end shortly before her marriage to Gustav Mahler) and Mahler’s letters to Alma during their life together.

“Taken together and supplemented with their music, these primary sources form a narrative,” Sharratt says. “Interestingly, Alma later destroyed most of her letters to Gustav, so we only get his side of their voluminous correspondence. Her self-imposed silence in this historical record forms its own narrative, as well.”

The other main stream of Sharratt’s research is place—the ability to literally inhabit the same landscape as the characters in her books. For ECSTACY, Sharratt went on three separate research trips to Vienna, immersing herself in the art and music of the era in which the book is set.

It’s a stunning backdrop, brought to life with the detail of someone that could have lived next door to Schindler. But even more impressive than the setting is Sharratt’s characterization. While ECSTACY may seem a bit of a departure from her previous novels, the book fits with her self-proclaimed mission to write about overlooked women of history.

Her novel Daughters of the Witching Hill (2010) concerned a 17th century herbal healer and accused witch. Illuminations (2012) told the story of Hildegard of Bingen, the great 12th century abbess, polymath, and powerfrau. The Dark Lady’s Mask (2016) revealed Aemilia Bassano Lanier, the Renaissance poet who may have been the “Dark Lady” of Shakespeare’s sonnets. Yet none were as radical a leap—or as different—as Schindler.

“The truth is that I, like Klimt and Mahler, fell in love with her. Not on account of her beauty or sensual allure, though,” Sharratt says. “I fell in love with her diaries that I read compulsively, from cover to cover. Her journals haunted my dreams, for they revealed her secret self that made my heart leap in recognition. This Alma was so unlike the clichéd femme fatale of Tom Lehrer’s famous ‘Alma Song.’ This Alma became my soulmate—a thing that on the surface seemed impossible.”

As Sharratt describes, the diaries revealed a cerebral and paradoxically lonely young woman—and it is certainly that Schindler that emerges on the page. The historic facts of her character are deftly woven into the narrative that nearly pulses with a heartbeat, and brings to light some of the more intimate details of Schindler’s life.

It was a daunting undertaking.

“Few twentieth-century women have been surrounded with such an aura of scandal and notoriety,” Sharratt says. “Alma was married to, or had affairs with, some of the greatest creative geniuses of her time, including Gustav Klimt and Oskar Kokoschka, and yet she was stubbornly her own woman whom no man could ever possess. Over 50 years after her death, Alma still elicits very strong reactions.”

In ECSTASY, Sharratt sets out to challenge some of the more negative perceptions and portray her as a nuanced human being and composer—a position that may net some backlash among readers. For that, Sharratt is prepared.

“In my humble opinion, novelists have a much more difficult vocation than biographers,” she says. “As a novelist, I can’t just expose Alma’s flaws, foibles, and dirty laundry. I must make her compelling and sympathetic to the reader and offer insight as to why Alma made the choices she did.”

Some of that insight will come from reading the book itself. Sharratt quickly establishes a sympathetic character whose life is fraught with challenge—but one who rose above and, for better or worse, is revered for her beauty and fierce resolve.

“Strong women have always existed, but too often their stories are written out of history,” Sharratt says. “It’s important that women today realize how quickly our lives and accomplishments can be forgotten and buried. Or heaped with misinterpretations and condemnations if we push too hard against the traditional feminine life script. We must do everything in our power to keep alive the memory of accomplished women and hope that future generations of women will remember what we have accomplished.

“That’s why I’m on a mission to write women back into history.”

Mary Sharratt, the author of six previous critically acclaimed novels, is on a mission to write strong women back into history. Her lifelong love of classical music and her explorations into the lives of female composers inspired her to write ECSTASY. She lives in Lancashire, England.