Mining the Secrets of History 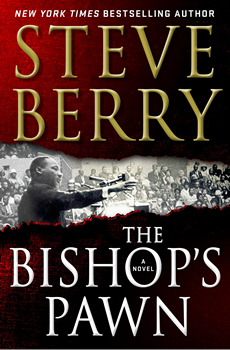 Over the span of his bestselling 12-book series revolving around Cotton Malone, a former Justice Department operative, author Steve Berry has fielded these questions from readers: “How did Cotton get started?” and “What happened at the beginning?”

In THE BISHOP’S PAWN, Berry answers that question. His 13th thriller takes readers on the very first off-the-books mission for a young naval lawyer, one that leads him to the real story behind one of the most devastating crimes of the 20th century: the assassination of Dr. Martin Luther King, Jr.

In THE BISHOP’S PAWN, Berry also changes his own rules by writing the book in the first person perspective. For the first time, readers are inside Cotton Malone’s head and no one else’s.

As with any origins story, the reader has to realize Malone will come out of the high-stakes investigation in one piece. As the Washington Post review puts it: “So Berry has to create a compelling historical mystery with a terrific payoff to compensate—and he nails it. Narrowing it to just Malone’s perspective makes the story tighter while providing a more insightful look into Berry’s hero. It also makes it Berry’s most personal novel to date.”

Berry reveals the reasons for his creative choices to The Big Thrill:

This book is so exciting to read, not only for its suspenseful story but because it’s such a different way to see Cotton Malone, through his own point of view. What made you change your approach in this book?

I always knew at some point I was going to try a first person novel. I’ve been wanting to do it for many years. For me it’s the most difficult perspective to write in, because it taxes your ability to plot. You have to get everything out through one point of view. It’s a challenge, it’s very difficult from the way I write—I write in multiple points of view. I knew the time would come, and this was the book.

What brought that about—what about the story called for a young Cotton Malone, telling us what happens in the first person?

This story came into my head about 10 years ago and I held it until this year. I realized when I was plotting the story that I could get Cotton into every scene and I could actually make it work and I could do this through a first person novel. So it all just sort of fell into place. I think it turned out pretty good. I’m really pleased with it.

I’m in awe of the fact that you could execute as many twists as you did while staying in first person point of view.

I used a little trick here. Cotton is not only the participant narrator but he’s also the observer narrator, telling a story that’s already happened. That’s why I wrote that prologue, so he could interject himself into the narrative at points and it allowed me a way to create more tension and suspense with him actually coming into the narrative. He’s not violating author intrusion, he’s not violating point of view, because he’s telling a story somewhat. And it allowed me to keep the pacing going. That’s what I wanted to guard against. A lot of first-person novels just become A to B to C to D. There’s not much else going on, and there’s a lot of dialogue in first person novels. And I tried to avoid both of those pitfalls.

I enjoyed being inside his mind as he makes decisions.

He’s young and inexperienced and he’s not done this before, and he begins to realize he has a talent for it. He likes the action, and he’s pretty good about it. This is a flashback story to the beginning so the reader can see how Cotton began.

I can’t say that any decision he makes in the moment seems wrong, yet he makes mistakes, which produces some interesting reading.

Cotton is never reckless, and he’s not dumb, but at times he can be a tad overzealous. But he learns from his mistakes, and I wanted to show that he’s beginning to formulate how it is to be in this world and transitioning from being a lawyer to being an intelligence agent. He doesn’t realize he’s doing that, but that’s exactly what he is doing. 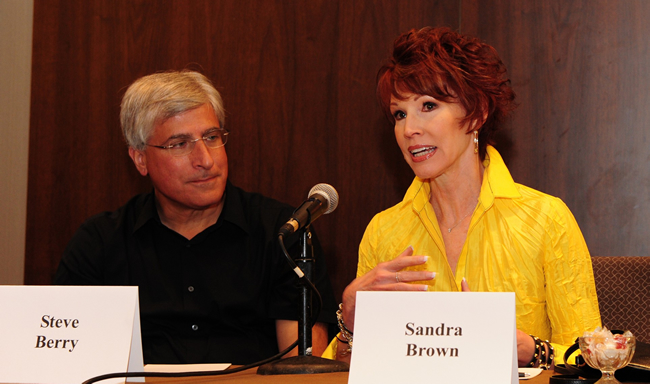 Steve with Sandra Brown at Thrillerfest

What brought you to the story of Martin Luther King’s assassination as a narrative for this book?

When l listened to the “I’ve Been to the Mountaintop” speech, it sounded to me like a man who knew he was going to die. He’s talking about mortality. He gave the speech the night before he died, and I got the idea for the book.

And this could not be more relevant. The FBI is in the news every day now with stories about possible political involvements.

Yes, well, the FBI was heavily, heavily involved in politics in the ‘60s, even though Hoover would have been the first to have said, “I don’t have anything to do with politics. I stay out of politics. I don’t deal with politics.” Well, that’s not true. Yes, you do. He also dealt with his own personal prejudices and biases and he created the counter intelligence unit that was the most corrupt organization ever created by the United States government. All of those people today, Hoover included, would go to prison for what they did. But it was a different time. You didn’t have 24-hour news. You didn’t have the Internet. It was a whole different world. You can’t get away with anything now, there’s so much attention on you now, so many spotlights. Back then there was almost no spotlight.

What I learned in this book about J. Edgar Hoover shocked me.

How did you uncover some of these controversial actions of the FBI during this time?

There are books that have all of the memos and all of the internal reports, everything is published now. In fact, the problem with this novel was that there was so, so much information you had to go through. The FBI reports you read in the novel, I’d say 75 percent of the language I took from actual reports. It’s their language. I even formatted it the way FBI reports were formatted. I tried to keep it as close to reality as I could.

It’s disturbing how much attention is paid to Lee Harvey Oswald’s murder of President John F. Kennedy, and far less to James Earl Ray and the murder of Dr. Martin Luther King, Jr.

We will never know why King was murdered. That question will go unanswered for all eternity. The novel attempts to answer that question in a new and different way. That’s really what this book deals with. Why was Dr. Martin Luther King killed. We don’t know. Ray never said. And it’s not enough to say, “Well, he was a bigot and King was black and he killed him for that.” Yes, Ray was a bigot, but there was no indication that he had such a hatred that he was ready to kill. In fact, Ray never harmed anybody until he shot Martin Luther King. 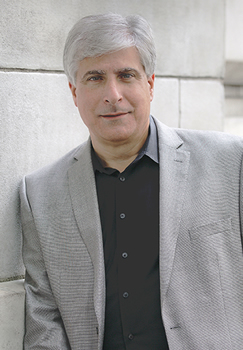 While Lee Harvey Oswald was quite violent and in fact tried to kill someone six months before President Kennedy came to Dallas.

Oswald was a violent man. Ray was not; he was a thief, a petty thief, and he really wasn’t very good at it. He got caught all the time. But yet this petty thief somehow stalks Martin Luther King, ends up in the right spot at the right moment, loads one bullet into his rifle, fires one shot—from 200 feet away in the light of dusk, dangling in a bathtub with the gun hanging out a window—and then manages to leave Memphis, get to Atlanta, get a fake passport in Canada, go from Canada to England, England to Portugal, Portugal to England, all during the largest manhunt in American history. How did he do all of that? We will never have the answers to those questions.

I respect the fact that you took on a historical mystery that is so important to people today and fairly sensitive.

Going forward, will you write another first person novel?

First person was very different for me. It was an experience. I did like writing it and I’ll probably do it again. I wanted to keep it the same but different. Every book in the series has to be that. Everyone who writes a long term series has an origin story at some point, and this was mine.

What’s next for Cotton Malone?

He’s going back overseas. I’ve had him in America for the last six books and now he’s heading back overseas. Back to international adventures. The next book is finished, it’s about the Knights of Malta, and it’s set there. Malta is one of my favorite places.

Did you travel there to research for this book?