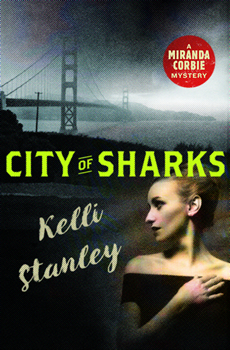 Miranda isn’t sure of anything at first except that Louise Crowley, the blonde who works as an assistant to Niles Alexander, San Francisco publisher, is in trouble. Despite her own preparations for an imminent voyage to a blitzkrieged Britain and a painful farewell to the city she loves, Miranda decides to help Louise and takes on her last case as a private detective in San Francisco…investigating her client, surveying the publishing world of 1940, and stumbling into murder with a trail that leads straight to Alcatraz…an island city of sharks.

Along the way, Miranda explores her beloved San Francisco once more, from Playland-at-the-Beach to Chinatown to Nob Hill and Treasure Island. She encounters John Steinbeck and C.S. Forester, and is aided and abetted by the charming and dapper San Francisco Chronicle columnist Herb Caen. And she also discovers personal truths she’s long denied…

The Big Thrill caught up to award-wining author Kelli Stanley to discuss her latest mystery, CITY OF SHARKS:

Entertainment, education and the realization that there always must be someone who watches the watchman.

I like to feel that my entire series has made and is making a tremendous contribution to literary noir, particularly in tackling the misogyny that has traditionally been a defining characteristic of the genre.

Kelli Stanley is the Macavity Award-winning creator of the Miranda Corbie series (City of Dragons, City of Secrets, City of Ghosts), literary noir novels set in 1940 San Francisco and featuring “one of crime’s most arresting heroines” (Library Journal). She is also a Bruce Alexander Award and Golden Nugget Award winner, and a Shamus Award and Los Angeles Times Book Prize finalist.

Critics have compared her work to her icons Dashiell Hammett, Raymond Chandler, Norman Corwin, and Herb Caen. She was awarded a Certificate of Merit from the City and County of San Francisco for her contributions to literature.

Kelli has also published numerous short stories and essays, holds a Master’s Degree in Classics, and prefers her bourbon neat.

To learn more about Kelli, please visit her website.