A Mystery in the African Bush 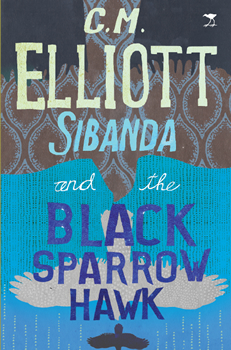 C. M. Elliott (everyone calls her Scotty, but she says the reason why makes too long of a story) writes a series of mystery/thrillers set in Zimbabwe near the Hwange National Park. She certainly has the perfect background for it, having spent 40 years in Zimbabwe with her game-ranger husband pioneering a tourism business based in and around the national park. She says she lived in the park continuously for 20 years “in an assortment of tents, tree-houses and bush dwellings, dodging a hodgepodge of charging elephants, rhino, buffalo and a rather angry spitting cobra” before moving to Bulawayo.  Along the way, she has won literary prizes and awards, and the books have just been optioned for a TV series.

The first novel, Sibanda and the Rainbird, featuring the redoubtable Detective Inspector Jabulani Sibanda, was published in 2013 to an enthusiastic reception.  It was followed two years later by Sibanda and the Death’s Head Moth, and last year SIBANDA AND THE BLACK SPARROWHAWK was released. The books have a wonderful sense of place as a backdrop for the gritty crimes and action.

It’s clear from your writing that you have a deep knowledge of, and affection for, the people of Matabeleland in Zimbabwe. How did you come to know the area and the people there so well?

I’ve lived in Matabeleland for 40 years and most of that time has been in rural locations. I’m fascinated by people and culture and the Ndebele are a particularly warm and welcoming nation, always smiling despite recent adversities. It’s hard not to admire and store away instances of such stoicism, good humor, ingenuity, and tradition.

What motivated you to write a series of detective novels set in Gubu, a fictitious small town close to the national park?

When I started this creative journey, I hadn’t a clue what to write about, but I knew the setting was going to be the African bush. It’s no secret that Gubu is the nom de plume for Dete, a village near the park that I know really well.

Sitting in front of a blank computer screen, I set myself the exercise of writing short stories in as many different genres as I could think of.  My first attempt was crime, a serendipitous pick. I never progressed to sci fi, romance, or historical et al, because I became completely engaged by my characters.  They wouldn’t let go and led me on a merry dance through an entire novel!

While I was reading the book, President Mugabe was deposed after 37 years ruling Zimbabwe.  Where do you think the country is going in the future under the new president?

Onwards and upwards.  Anyone who watched the peaceful transition in Zimbabwe, where up to a million people took to the streets with no incidence of looting or violence and no arrests, could not fail to be moved by the determination and unfettered joy of the people. With a ground swell like that behind him our new president must succeed.

Your detective, Jabulani Sibanda, is smart and dedicated, but he doesn’t have much to work with.  His boss is self-serving and uninterested in anything but his own advancement, his assistant, Sergeant Ncube, is not the brightest and has his mind mostly focused on his stomach and his three wives (in that order), and his transport is an ancient Land Rover, lovingly cared for by Ncube and rejoicing in the name of Miss. Daisy.  All of them are fascinating and enjoyable characters.  Where did they all come from? Your neighborhood police station?

Detective Sibanda, Sgt. Ncube, and their workmates are complete figments of my imagination. I look out for them all the time to see if they are real, but so far, I’ve never met them. Some of my friends have though, and they reassure me they are accurate depictions! But my novels are far from “police procedurals.” I don’t think I’ve ever been inside a police station!  Miss Daisy, the Land Rover, on the other hand, is a very familiar face and I know her and her ilk rather too well… I’m in complete sympathy with Detective Sibanda and his exasperation, having frequently pushed, towed, kicked, and berated similar temperamental madams. 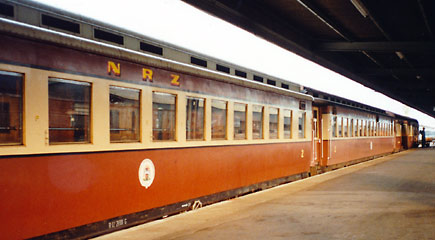 In SIBANDA AND THE BLACK SPARROWHAWK, Sibanda is faced with a vicious serial killer (the Black Sparrowhawk of the title), an unusual case for his quiet, backwater town.  It’s often the hardest sort of case for the police because of the lack of connection between the victims and the killer.  Sibanda has to take it on without causing panic, and although a number of people have opportunity, none seems quite right. Would you comment?

Half the fun of writing a whodunnit is to keep the reader guessing, and you are right, a serial killer gives great scope for keeping Sibanda on his intuitive toes. I do worry that the murderers in my narratives may be too obvious, so I sprinkle clues, create dead-ends, and plant red herrings aplenty.  I enjoy following the trail myself, hard on the footsteps of Sibanda. Sometimes I have no idea how he’s going to solve the murders. I’m glad he’s in charge!

The heart of the mystery is the railway that runs through Gubu between Bulawayo and the Victoria Falls. Built at the beginning of the last century to open up the coalfields, it provides a tool for the murderer, a different perspective of the Hwange game reserve, and links the different stories of the book spanning both the present and the past. Was it the railway that caught your imagination as the theme of the novel?

I took friends to visit the Railway Museum in Bulawayo (a must-visit if you are in the vicinity) and could immediately see the beginnings of a structure for the murders. The railway line hugs the boundary of the park, making the setting perfect.  I had heard of the Russian serial killer Andrei Chikatilo and his use of the railway system to locate victims, and so the narrative for SIBANDA AND THE BLACK SPARROWHAWK took shape.

Many of the exhibits at the Railway Museum are quite early and that set my imagination racing too. What about a cold case to muddy the waters, I thought? Perhaps I did progress to the historical genre after all! 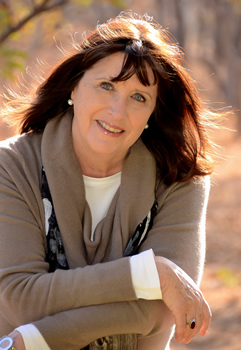 Gubu is situated very near the national park, and part of the enjoyment of the book is the wildlife stories. Not only does it add a strong sense of place, but you weave it into the plot as well. The Black Sparrowhawk escapes on one occasion as a result of a visit from an elephant. Sibanda himself is a naturalist and loves the African bush. Does this theme run through all your writing?

I have written short stories set in other parts of the world with no mention of lions and elephants, not even a tweet from a bird, but as far as the Sibanda series is concerned, the detective is staying put and the deeper into the wilderness and the more wildlife encounters the better. The African bush is Sibanda’s passion.  If the murders ever ease up in Gubu then, like Officer-in-charge Stalin Mfumu, I have every intention of moving on, writing a different narrative in a town with tar roads and double story buildings!

Finally, what can you tell us about Sibanda’s next adventure?

All I can tell you is that Sibanda has inadvertently enmeshed himself in a diamond cartel and bloody retribution. His life is in terrible danger. This time, it looks like Sgt. Ncube is going down with him.