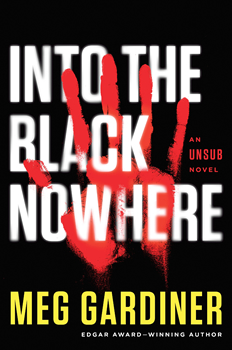 When Meg Gardiner launched her new series last summer, she didn’t have to look beyond her own past for the spark of an idea. UNSUB was inspired by the California native’s childhood fear of the still-unidentified Zodiac Killer, who taunted police with riddles as he terrorized the Bay Area in the 1960s and ’70s. The novel introduced readers to Caitlin Hendrix, a young detective suddenly thrust into the hunt for a Zodiac-inspired serial killer known as the Prophet. By the final pages, Caitlin had traded her Alameda County Sheriff’s Department badge for a spot in the FBI’s Behavioral Analysis Unit—a move that freed her from her West Coast moorings and set her up to pursue killers all over the country.

The second installment of the series, INTO THE BLACK NOWHERE, makes good on that promise, transporting Caitlin to Central Texas to track a killer whose methodology will be familiar to readers with even the most casual interest in true crime.

“I was reading about the real cases that cops and the FBI investigate, and I started reading about Ted Bundy,” says Gardiner, who was, of course, already somewhat familiar with Bundy’s infamous crimes. “It was both chilling and gripping to realize not only the extent of what he did, but that there are other people out there who probably have the same personality and the same charismatic ability to pull the wool over people’s eyes.”

Pop culture has a long tradition of building fictional serial killers from the bones of real ones. Thomas Harris, for instance, stitched together The Silence of the Lambs’ “Buffalo Bill” from a list of convicted murderers that included Jerry Brudos, Edmund Kemper, and Ed Gein—a killer who had already been referenced directly by Robert Bloch in Psycho and obliquely by filmmaker Tobe Hooper in The Texas Chainsaw Massacre. But Gardiner’s UNSUB thrillers are driven less by a ghoulish fascination with the crimes and more by an abiding interest in the manhunts that spring up in their wakes. 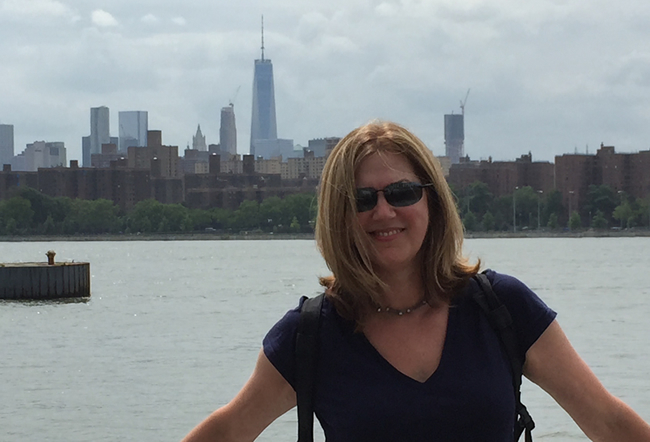 “The heroine of the series, Caitlin, is a hunter, so the stories that I write about her need to have an antagonist that she’s hunting,” says Gardiner. “It fascinated me that someone can put on what they call ‘the mask of sanity’ and convince the world for years, for decades, that they really are what they appear to be: clean-cut, aspirational. Bundy worked for the governor of Washington. He was a volunteer—apparently a very competent volunteer—on a suicide hotline. And nobody expected that this bright, handsome, well-dressed young man was the one who was, late at night, kidnapping and murdering college students or hitchhikers. I was so intrigued and horrified by the idea that these people are out there that I thought Caitlin should go after somebody like that. She could bring him down.”

Almost three decades after Bundy’s death—he was executed in 1989, at the age of 42—he remains the personification of that chilling archetype: the handsome, charming stranger capable of the most hideous acts we can imagine (and a few so awful that most of us can’t). Bundy even inspired a particularly bizarre chapter of true-crime history when he befriended crime writer Ann Rule while the two worked side-by-side at the suicide prevention hotline—a strange footnote in Bundy’s life that Gardiner mines to chilling effect in INTO THE BLACK NOWHERE. 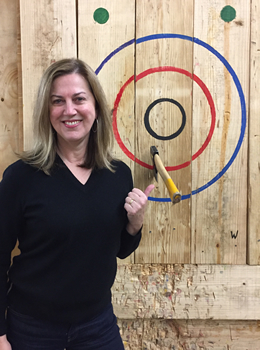 “There were facets of Bundy’s career, if you want to call it that, that just seemed ripe for fictionalization, like the idea that he had worked at this crisis hotline,” says Gardiner. “It’s a very stressful form of volunteering, because people who call in are in crisis, and a normal, compassionate person is going to be distressed by that. And I thought, what would happen if there’s a volunteer who seems to be the exemplar of everything you could dream about—he doesn’t let it get to him, he seems to always maintain an even strain throughout his calls—and that’s why people love him. But Caitlin starts to think, maybe there’s another reason that he doesn’t seem to get upset by these calls, and that’s because he’s a psychopath who doesn’t feel anxiety when other people are distressed. I was intrigued by that and thought, okay, this would be a nightmare in real life, but on the page, how do you determine what is a genuine desire to help versus what is an extremely effective form of camouflage that also lets him get his jollies listening to people who are suffering?”

While Gardiner hewed close to Bundy’s psychological profile for Caitlin’s latest target, she’s quick to point out that her UNSUB novels are only loosely based on the cases that inspire them, and she’s happy to take considerable liberties with every aspect of the story. Besides the obvious fact that her investigators (and her killers) have the tools of modern technology at their disposal, she also trades Bundy’s Pacific Northwest hunting ground for the urban sprawl and sun-baked open highways of Texas.

“I wanted to write about Austin because that’s where I’m living,” she says. “I don’t know whether it changed the dynamics [of the story], but it changed the landscape quite a bit. Putting it in Texas means that there are these massive cities and huge developments, but the state is so vast that there are still small towns and huge swaths of countryside where anything could happen—especially under the cover of darkness, and especially when you’ve got an interstate that lets people get away at 75 miles an hour. So I just thought, well, let’s see what we can do with this.”

Gardiner says there was only one convention of serial killer fiction that she was determined to avoid: the subgenre’s tendency to use murdered women as props to move the plot along.

“I wanted to avoid having women as disposable victims,” she says. “The killer may regard them as that, but certainly the investigators don’t see them that way, and I didn’t want me or the readers to think of them that way.”

Though Gardiner authored 13 thrillers before she wrote UNSUB, the series marks a turning point for her: it’s the first time she’s written about criminal investigations from the point of view of a frontline investigator.

“I’ve written about a lawyer and a forensic psychiatrist and a skip tracer and a former thief, but never a cop,” she says. “Maybe I was trying to avoid the research [laughs]. But it puts the heroine at the heart of the investigation, and these books are about investigations—they’re about hunting a bad guy. It gives Caitlin the opportunity and also the responsibility to be the one who does this job.”

Gardiner admits that the research wasn’t as demanding as she’d feared it might be. As a former attorney, she was already familiar with criminal procedure and the inner workings of the justice system. “But I didn’t know the legal system from the street up,” she explains, “so it was just a matter of going on a ride-along, talking to cops, and going to the ITW FBI event at ThrillerFest in New York, which was absolutely amazing. I know the FBI is eager for writers to get it right and portray them in a positive light, but they were really very generous to bring in the heads of several departments in their New York division to speak to us. I was grateful, and it was fascinating.”

Gardiner is currently at work on the third installment in the UNSUB series, tentatively titled The Dark Corners of the Night. She’s unable to provide details at this point, but she does offer a couple of small breadcrumbs.

“It’s set in Los Angeles, and it involves a home invader who’s just appearing and disappearing,” she says. “And other elements from previous books will pop up again.”