Embracing the Darkest of Fears 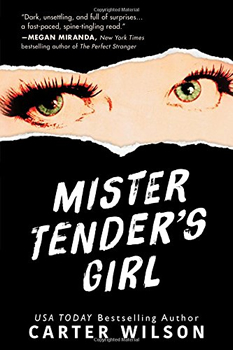 That’s all Carter Wilson had read about the infamous Slender Man case before deciding that it would become the foundation for his latest thriller, MISTER TENDER’S GIRL. Or perhaps, more accurately, the knowledge that the victim of that horrible crime had survived.

The real story is well known—two 12-year-old girls in Wisconsin invited their classmate for a game of hide-and-seek in the forest, where they planned to murder her. They later claimed they were forced to act by the mythical Slender Man, an impossibly tall and pale fairy-tale monster, born out of imagination.

If that’s all you know about the case, you’re not alone. Wilson made the deliberate decision to read nothing further about the Slender Man, a vow that remains intact even with the book’s impending release and an option from Legendary Television on the table. Instead, Wilson imagined the life of that victim a decade into the future—and his protagonist, Alice Hill, was born.

“I had this idea about this poor woman, and wondered what it would be like to live as someone who is as physically strong as they are emotionally weak,” he says.

That “what if” drew him deep into Alice Hill’s psyche, resulting in his first attempt at first-person point of view, and perhaps the most suspenseful book in his catalogue of dark thrillers.

“I got lost in Alice,” he says, noting that she has emerged as one of his favorite characters to write. “And that resulted in a genuinely damaged and frightened voice.”

Alice has reason to be vulnerable. Like the victim after which her character is fashioned, she was attacked by two of her classmates and left to die. The teens claim she was a sacrifice for a man called Mister Tender—but of course, that can’t be true. Mister Tender is just pop culture fiction, a character created by Alice’s father for his series of graphic novels. 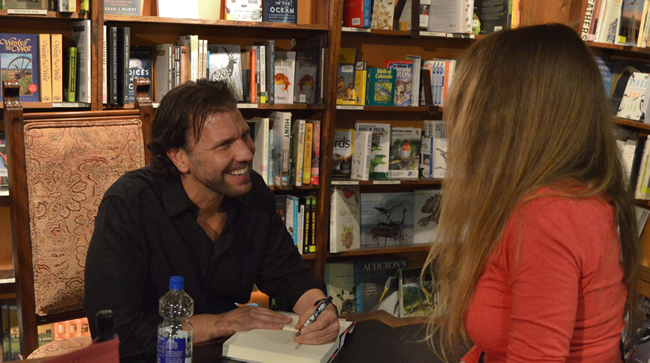 MISTER TENDER’S GIRL picks up a decade later, after Alice has changed her name in an attempt to put the past behind her. Trouble is, Mister Tender is never far behind.

The novel churns at break-neck pace, both riveting and terrifying as you move through the unexpected twists and turns for which Wilson has become known—perhaps, in part, because not even Wilson himself knows what to expect.

An unabashed pantser, Wilson steers clear of outlines, and simply starts to write. One word. One sentence. One paragraph at a time.

“I didn’t know what was going to happen at the end of MISTER TENDER’S GIRL until it happened,” he says.

It’s a creative process that has well served Wilson for each of his novels, allowing him to truly immerse himself in the story. It’s a dark place, perhaps, but it’s not especially foreign territory for an author known to hang out at haunted hotels or for creating Halloween displays that entice screams from even the bravest trick-or-treaters. 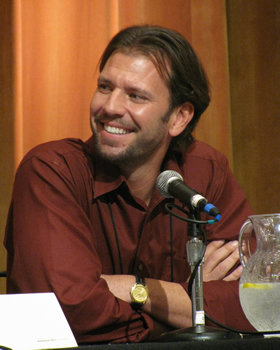 Despite this, Wilson admits his tolerance for real-life violence is low. “I took my daughter to see IT, but I don’t gravitate to true crime. MISTER TENDER’S GIRL is described as being a creepier suspense read, rather than horror.”

That didn’t stop Wilson from reaching out to his idols—horror, thriller, and otherwise—for endorsements. He created personalized videos for each person he asked to blurb MISTER TENDER’S GIRL, including Stephen King. Though that didn’t quite pan out, the effort is a testament to not only how important this book is to Wilson, but also what’s needed to stand out in today’s saturated market.

“I would love to be able to write full time, but the numbers are hard to crunch,” he says. “And I think I’m on the successful side of most novelists.”

In addition to all of the publicity support from his publisher, Sourcebooks, Wilson is going the extra mile — including having commissioned a former DC Comics artist to create a panel from the graphic novel mentioned in the book. To see it, you’ll have to visit a special website, and for that URL, you’ll have to…read the book.

Just maybe not at night.