When Writers Find Their Resilience 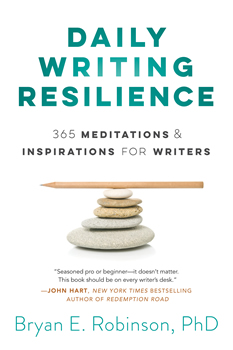 Most authors are familiar with the feelings of self-doubt, frustration, and even hopelessness that can accompany a writing career. Award-winning crime author and psychotherapist Bryan Robinson is familiar with those feelings, too, but he also understands how important it is for writers to persevere in the face of adversity if they want to be successful. In fact, Bryan’s latest book, DAILY WRITING RESILIENCE: 365 MEDITATIONS & INSPIRATIONS FOR WRITERS, is a wonderful salve for those dealing with the ups and downs of the writing life.

Recently The Big Thrill had the opportunity to talk with Robinson. He shared some important insights about cultivating the right mindset as well as the inspiring story behind what he believes is the first and only guide on the craft of writing resiliency.

According to Robinson, resilience is the key to success in all fields of endeavor. “Every A-list writer I know of has faced writing’s hard knocks, including my good friend, singer/songwriter Alanis Morissette, whose barnburner album Jagged Little Pill was rejected by every major Hollywood music label before it hit number one on the charts and garnered an armful of Grammy Awards, skyrocketing her career. When I read or heard about the early writing trajectories of writers like Steve Berry, J.K. Rowling, Stephen King, the Beatles, Janet Evanovich, and John Lescroart, and stories from my writing buddy Sara Gruen (author of Water for Elephants) to name a few, the tales of disappointment, rejection, defeat, and hopelessness are pervasive. But all of them had one thing in common: resilience — the ability to bounce back despite constant, painful, and tumultuous discouragements.”

Developing resilience isn’t a once-and-done endeavor; it means cultivating a daily resilient mindset. “Resilient writers think of success and rejection as a package deal. They expect rejection and are ready for it when it inevitably comes. They know rejection doesn’t occur only early in their literary careers but is a constant, pervading possibility even with the most seasoned and talented scribes. They are able to turn writing roadblocks into stepping-stones to reach their writing dreams.”

The need to turn setbacks into successes is what inspired Robinson to write DAILY WRITING RESILIENCE. “My very survival as a writer depended on it. I hit a wall while revising a novel, so, discouraged and frustrated after futile searches for answers, I decided to throw in the towel. Just before giving up, I attended a workshop by a literary agent on the eight requirements for successful writing. She listed the number one most essential quality — even more important than good writing — as resilience and perseverance. I thought, ‘Okay, that sounds cool. Now, how do I cultivate it and where do I find the practical steps?’” 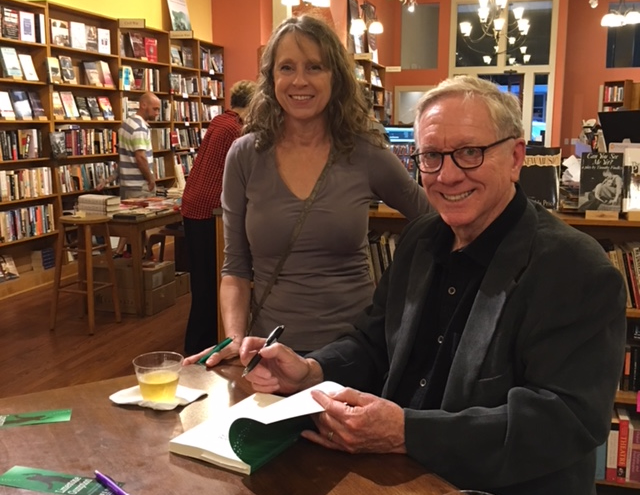 While Robinson was able to find plenty of books about the craft of writing, he found few practical books about the writing mindset. He decided to stop writing the novel he was working on and instead, he focused on a daily meditation book for writers, one that teaches writers how to free themselves from the many obstacles authors face: disappointments, rejections, impossible deadlines, setbacks, failures, delays, writer’s block, and self-doubt. “I pulled together everything I knew about what psychologists call ‘the growth mindset’ and the neuroscience of how our minds function in the face of threat and defeat. Having just faced some of these issues myself, I wrote from that personal experience as well as from a veteran history of close to 40 books and numerous magazine and journal articles. By the time I finished the first draft, I had enough of my creative mojo back to complete the novel.”

It’s not a surprise that Robinson used psychology and neuroscience as the basis for DAILY WRITING RESILIENCE. As a licensed psychotherapist and former professor at the University of North Carolina, Robinson is a researcher who stays abreast of the latest findings in neuroscience, body/mind issues, and other psychological studies, and he translates this research along with his clinical training into practical tips for writers.  “My background as a psychotherapist has given me deeper insights into how our internal infrastructure affects our outward lives. Just as grass grows through concrete, we have within us something called ‘the resilient zone’ that is frequently unrecognized and untapped: dogged determination in the face of defeat. From years of experience and training, I have learned that it’s not what happens to us that determines our resilience; it’s what we do with what happens to us.”

Bryan acknowledges that this concept isn’t new. “The Buddha called negative life events such as writing setbacks ‘the arrows of life’ but cautioned that it isn’t the first arrow (life event) that causes our suffering — it’s the second arrow we impale ourselves with. In my clinical work, I see it all the time: clients who react to first zingers (my updated term for arrows) with defeat and suffering, which eclipses the second zingers with which they unknowingly impale themselves. Hence, defeat and misery (second zingers) are often the consequence of our reactions to writing woes (first zingers) instead of the writing woes themselves.”

The excellent advice in DAILY WRITING RESILIENCE is written for authors of all genres — and, indeed, it has something to offer everyone — but imbedded within is some special inspiration for crime writers. “We write about strong and courageous protagonists who take risks and save the day. But what about us as writers? Do we practice our careers in that vein? How many of us have the greatest courage of all: to stick our necks out and stay the course defeat after defeat? Statistics say more people have the stamina to continue taking safety risks after a car crash than to continue after a series of psychological defeats. When writing knocks us to the ground, it’s important to remember that failure is not final. We can muster the courage to pick ourselves up, brush ourselves off, and continue pushing through the daily daggers of relentless steel until we reach the finish line.”

Robinson practices what he preaches. A prolific non-fiction author, Robinson is dogged about completing projects — whatever the obstacles. He just wrapped up a self-help podcast on work/life balance with singer/songwriter Alanis Morissette, which can be found on her website (Alanis.com), and he is partnering with Morissette on another project. And that’s not all. “My agent has two of my completed manuscripts that he’s pitching, one non-fiction titled #Chill: 365 Daily Meditations for Work/Life Balance, the other a novel, Bloody Bones. I’m currently working on a short story about my recent trip to Ecuador, titled ‘Death on Orchid Safari,’ a memoir titled Crazy Papers: A Southern Memoir and a novel, Michael Rowed the Body Ashore. In my spare time, I’m writing a series of articles for Psychology Today and Southern Writers Magazine.”

Robinson considers writing a business, a job, and he conducts himself in accordance with that belief. “I have ink in my blood and can’t not write. Writing saved me as a child when everything around me was falling apart, and I don’t think I could survive without it in my life today.”