Writing a Novel That Defies Categorization 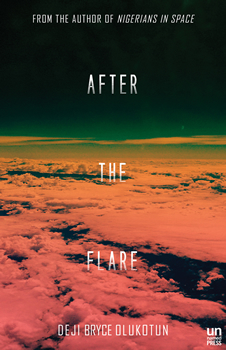 This month, I had the pleasure of interviewing a talented author named Deji Bryce Olukotun. The novel is a globe-hopping thriller called Nigerians in Space that I loved and, well, let me just say, I have never read anything quite like it before. Which I consider high praise indeed.

The novel concerns the participation of Dr. Wale Olufunmi, a Nigerian immigrant working for NASA, in a clandestine plan to steal a piece of the moon and return to Nigeria to help jump-start the country’s own space program. I mean, what a premise! While questions of exile and identity are deftly handled, the novel is a rollicking story of international intrigue that touches on topics as diverse as lunar rock geology, Zimbabwean freedom fighters, and the abalone mafia in South Africa.

The sequel to Nigerians in Space, AFTER THE FLARE, was published in September 2017 and chosen as one of the best books of 2017 by The Guardian, The Washington Post, Syfy.com, Tor.com, and Kirkus Reviews, among others. Deji graduated from the MA in Creative Writing program at the University of Cape Town, and also holds degrees from Yale University and Stanford Law School. He is currently the Head of Social Impact at the audio technology company Sonos and a Future Tense Fellow at New America.

Thanks for taking the time to chat, Deji, and for creating such a fine novel. You have a really impressive academic background, including Stanford Law School — can you tell us why you decided to become a writer?

I’ve loved reading for as long as I can remember. As I grew older, I found that writing helped me explore questions and frustrations about life. I was able to sharpen these explorations in a graduate program at the University of Cape Town with the help of some great authors. I was never taught by a science fiction writer, but I found the tools to try writing it myself.

How hard was it to publish your first novel?

Very difficult. In Nigerians in Space, I was writing about educated black people, and Africans, in a thriller-noir genre that included elements of fantasy. To my knowledge, this had never been done before but I felt it was special if I could find the right publisher. And it showed in the responses I received from publishers — many young editors were excited about it, but it would be killed in meetings with senior editors. This happened 10 times at major publishing houses — a junior editor loved the novel and brought the book to an editorial meeting, and then a senior editor killed it. If it had been two times or three times, I might have understood — but 10 times is a lot and made me wonder about discrimination or whether established editors were ready for a book like this. Thankfully, my agent Gary Heidt and my publisher Unnamed Press understood what I was trying to do, and stuck with me.

Nigerians in Space is a genre-bending work that could fit in a number of sections at the bookstore: mystery, spy thriller, modern literature. With all of those elements represented, I’m curious as to which writers have inspired you?

The list is long. I love reading and literature. My influences range from Chinua Achebe, to Haruki Murakami, to J.K. Rowling, to Wole Soyinka, to Virginia Woolf, to Michael Crichton and John le Carré. I also read a lot of non-fiction, especially history and biographies.

The main characters in Nigerians in Space are Nigerian-American, South African, and Zimbabwean. What spurred you to choose these three countries? Was there a deeper reason beyond how the plot comes together?

I was living in South Africa when I wrote Nigerians in Space, so these characters reflected the place and context I was living in. I’m Nigerian-American, so the character of Wale came easily, mostly because I grew up surrounded by Nigerian scientists, and Wale is a lunar geologist. Early on in the writing process, I decided to try writing a thriller instead of a literary novel, which was what my writing program trained people to do. That’s why the plot has a lot of pace and noir elements to it.

One of the main characters, Dr. Wale Olufunmi, is a geologist at NASA who steals a lunar rock sample from the moon, abandons his career, and begins a harrowing journey to Nigeria to join the “Brain Gain” and establish a new space program. How did you come up with such a fantastically original idea?

As I mentioned, I grew up around Nigerian scientists, so the idea of an educated protagonist came naturally. There are Nigerians working at NASA, and in major hospitals and academic institutions around the world. Originally, I had thought it would be a fun thought exercise to imagine a Nigerian space program, but it turned out to be a very real phenomenon. Nigeria, and many developing countries, suffer from brain drain — in which its talent can’t find opportunities at home, and ends up in Europe, the U.S., Canada, or — now — China. I thought it would be interesting to see what would happen if a country ambitiously tried to reverse that trend in exploring outer space — the ultimate expression of human ingenuity.

Wale is a very complex character, someone who is extremely smart and educated yet who often makes questionable decisions based on ambition or emotion. I found him fascinating. Do you feel like you achieved what you set out to accomplish with his character?

I hope so! He’s at once a brilliant scientist who hits a glass ceiling at NASA because he can’t seem to get promoted, and someone who is governed by his emotions and his cultural ties to his homeland. In the U.S., he learns to play basketball, when soccer is the preferred sport of Nigerians. My hope was to show the complex demands on immigrants who still harbor ambitions. 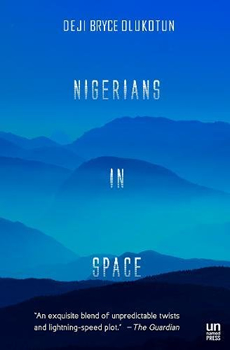 I’m curious about Bello, the mysterious Nigerian minister who organizes the “Brain Gain”— was there an inspiration (both in literature or real life) for his role?

In my visits to Nigeria, I’ve met Nigerians like Bello with unbelievable charisma and ambition. People who are natural showmen in a country that requires unbounded resourcefulness for survival. I thought it would be interesting to combine these qualities with the cultural heritage of the Yoruba, which includes a praise-singing tradition. Praise-singers accompany tribal leaders and record the family history through praise songs, sort of like European court jesters with the added responsibility of memorizing the history of family dynasties and making it sound nice.

The moon overshadows all in the novel: the lunar rock sample that is stolen, the tides in the ocean, the “lunar glow” of the Zimbabwean supermodel’s skin. Do you care to comment on the lunar theme?

The focus on the moon came when I was sitting in my room in Cape Town, looking at Table Mountain. The moonlight bathed the mountain in a beautiful light, and it had its usual tuft of clouds sitting on top. I wondered what it would be like if instead of bright incandescent and fluorescent light we used electrified moonlight to navigate after darkness — how would it shape us? How would we behave?

Abalone smuggling is prevalent in South Africa — poachers trade these tasty ocean mollusks for drugs (typically crystal meth, which is locally called “tik”) and money. They’re eventually sold in East Asia, and particularly China, where abalone is considered a delicacy. I visited with police and abalone farmers to get a better understanding of the trade when I was there.

With Melle’s skin, I was drawn to the question of skin pigmentation, which leads to racism on the continent. Namely, how would she be valued if her skin lacked pigment? And if that skin turned out to have magical properties?

This is a great quote. I do believe guidelines and rules-of-thumb can be helpful to my own writing. But it’s also possible to be trapped by them. I’ve found that parameters — whether related to plot or character — can spur new ideas. Limitations can inspire innovation and creative solutions. Some people may be better off sitting down and writing a book based on their instincts. I tend to respect those who came before me, so I like to hear how people have tried things before and use their insights in my writing.

While you’re writing, read as much as you can. But be selective about what you read. I think good writing is a feast of writing, editing, and reading. It’s all consuming.

I would also hone your craft to the best of your ability. I’d ask yourself: can you express your ideas on the page? Does your writing reflect what you’re actually trying to say? If not, it’s probably good to work on your craft some more. It’s worth learning to write in the first, second, and third person. Write across tenses. And if it suits you, write across gender, ethnicity, or language. These tools will help you when you’re in a jam.

What’s next on your plate?

Too much! I was honored to be nominated for the Philip K. Dick Award for After the Flare, the sequel to Nigerians in Space. I’ve got some short stories and non-fiction in the works as a fellow at Future Tense, a collaboration between New America, Slate, and Arizona State University. And I’ve got my day job working for a music technology company called Sonos on its social impact initiative. We’ll be supporting artists, STEAM programs, and technology non-profits. 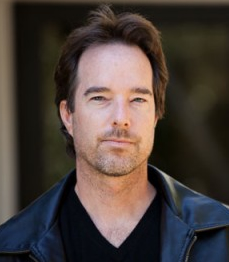 Layton Green is a bestselling author who writes across multiple genres, including mystery, thriller, suspense, horror, and fantasy. He is the author of the popular Dominic Grey series, as well as other works of fiction. His novels have been nominated for several awards (including a finalist for a prestigious International Thriller Award) and have topped numerous genre lists.  The Shadow Cartel reached #2 overall on Amazon UK. Layton is also the co-editor of International Thrills, the online magazine of ITW (International Thriller Writers).

In addition to writing, Layton attended law school in New Orleans and was a practicing attorney for the better part of a decade (even though he still resents having cut his hair for that first interview). He has also been an intern for the United Nations, an ESL teacher in Central America, a bartender in London, a seller of cheap knives on the streets of Brixton, a door-to-door phone book deliverer in Florida, and the list goes downhill from there. Currently based in Durham, North Carolina, Layton has traveled to more than sixty countries, lived in a number of them, and has a burning desire to see every country, city, beach, moor, castle, cemetery, twisted street and far flung dot on the map.

To learn more about Layton, please visit his website.