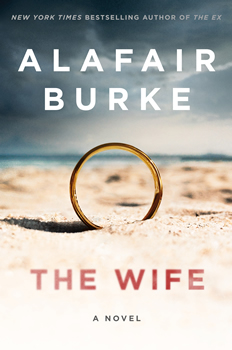 It’s a scenario that has played out again and again in recent months: a prominent man is accused of sexual misconduct, and the floodgates open to reveal years or even decades of alleged abuse. The potential for heated conflict is baked in as revelations play out on social media, but the conversation is guaranteed to intensify if the allegations are in stark contrast to the perpetrator’s public image — say, a comedian renowned for championing progressive causes, or a politician who pays lip service to conservative values.

Novelists and screenwriters will surely dissect this moment at length in the months and years to come, but the bar is already high thanks to Alafair Burke’s latest thriller, THE WIFE. The issues that led to the current reckoning — and the difficult questions that have arisen in its wake — are writ large in Burke’s new standalone, which seems eerily prescient in the age of #MeToo.

Of course, it’s a long journey from a blank page to the new-release table, and Burke’s manuscript was finished before the hashtag went viral last October.

“Even before people were talking about #MeToo or Harvey Weinstein, there were already headlines of beloved public figures, usually men, doing things that seemed inconsistent with their public persona,” Burke says. “I guess I can name names — from Bill Clinton to Bill Cosby to even Donald Trump, I suppose. There’s the face that we see in public, and some of those men, at least, were known for good works, including ones that benefit women. And then behind closed doors, they apparently become somebody else.”

The idea of a powerful man who isn’t what he seems has long been fertile ground for writers of genre fiction, but Burke found inspiration in another factor that hasn’t been as widely explored — one that led her headlong into the territory of domestic suspense. 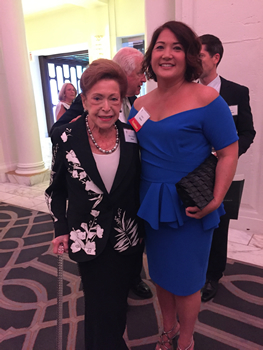 Alafair Burke with Mary Higgins Clark at the Edgar Awards in 2017.

“What I kept noticing is how the wife becomes scrutinized,” she says. “It can’t just be about what the man did and what his penalty should be; the wife becomes part of the narrative. [People insist] she must’ve known, that she’s complicit. Every decision she makes becomes scrutinized to the point that when the first woman nominated to be a presidential candidate for a major party shows up to a debate, her husband’s accusers are sitting in the audience, brought by her opponent. Every time the woman gets dragged into the story, I thought, what’s it like to be that woman?”

In THE WIFE, that woman is Angela Powell, whose carefully constructed life is upended when her husband, Jason — a high-profile advocate of socially and environmentally responsible economic practices—is accused of sexual harassment. The scandal metastasizes when another woman comes forward with a more disturbing accusation, leaving Angela to question how well she really knows her spouse. But the most sinister turn is yet to come when one of Jason’s accusers vanishes, leaving the police, the public, and Angela to wonder if Jason is something even more dangerous than a serial abuser.

Anyone who’s read Burke’s famously twisty thrillers might suspect that there’s even more at stake for Angela than battling the fallout of her husband’s behavior. They’d be right, of course; she has a hell of a backstory that is parsed out slowly as the narrative hurtles forward. Details are best left unspoiled, but suffice it to say that her traumatic past, along with her determination to escape its shadow at any cost, emerges as THE WIFE’s driving force. 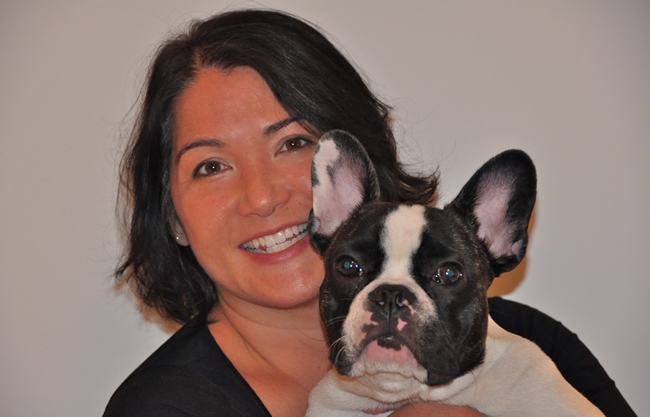 “I knew her backstory before I knew anything — before I was even sure exactly what Jason would be accused of, let alone whether he was guilty,” Burke says. “There’s no way someone could experience what Angela experienced and not have it echo throughout her life, no matter how hard they tried. And so that helped me know her. I knew she would be a person who followed routines. She would be a person who didn’t want any drama, who told herself constantly she was fine, who wouldn’t go to therapy. And a person who’s trying so desperately to keep control over her present life would look cold to someone else, right? She’d look like a Stepford Wife. So one of the challenges was writing Angela in a way that didn’t sound overly flat. Even when she tells the most horrible details of her past, she says it in this sort of journalistic way, and I thought that it would come across as bad writing, frankly, unless people really understood that that’s what Angela would be like.”

Like her 2016 standalone The Ex, THE WIFE represents a stylistic shift for Burke, whose backlist includes the Samantha Kincaid legal thrillers, the Ellie Hatcher police procedurals, and an ongoing string of collaborations with suspense legend Mary Higgins Clark.

“There’s a reason THE WIFE took me a long time to write, and so did The Ex, actually,” says Burke. “I think what was different about them is that they’re not procedurals—they weren’t following the flow of an investigation from the perspective of the investigator. They were more personal stories. Especially in THE WIFE, the quickest chapters for me to write were the ones where you get to see what the police know. Those chapters, for me, felt sort of like my earlier books. I know exactly what a police investigation looks like. I know exactly how those people talk, how they think.” 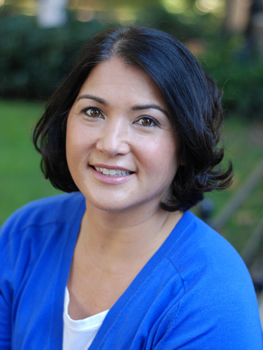 Angela’s scenes, though, were considerably more difficult. While “write what you know” is a frequent (though dubious) maxim, part of the challenge for Burke — a former prosecutor who now teaches criminal law — was to put aside what she knew and write from a layman’s perspective.

“Angela knows very little about the law, and she’s not in a position to even know the facts,” she says. “People assume the wife knows the most about her husband, but in some ways she may know the least. He shows her his best side, his kindest side. She doesn’t see this other side. And she’s not part of the case. She’s not an investigator. Having to put myself in the dark that way to write her perspective really was challenging, so it took me a little longer.”

Burke says she didn’t necessarily set out to write a domestic thriller and doesn’t think much about genre as she writes, though she’s always interested to see how her novels are categorized by reviewers and readers.

“I joke sometimes that I’m subversive with my publisher,” she says. “Whatever trend they want, I’m like, ‘Yeah, if you want to call it that, that’s what it is’. When no one wanted to read legal thrillers for a while, I turned in The Ex and I just didn’t call it a legal thriller. It seemed like a domestic thriller because it’s about a woman who’s trying to figure out if her ex is a good guy or a bad guy. But in my mind, that woman’s a really good lawyer and went about it in a very lawyerly way. So when The Ex came out, there were some lists, like Top 15 Legal Thrillers You Need to Read, or Top 15 Domestic Thrillers You Need to Read, and it was interesting to see it cross those lines and be called psychological suspense or domestic thriller or legal thriller. I always enjoy seeing my books cross those subgenre lines.”