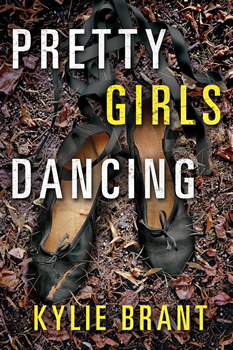 Years ago, in the town of Saxon Falls, young Kelsey Willard disappeared and was presumed dead. The tragedy left her family with a fractured life—a mother out to numb the pain, a father losing a battle with his own private demons, and a sister desperate for closure. But now another teenage girl has gone missing. It’s ripping open old wounds for the Willards, dragging them back into a painful past, and leaving them unprepared for where it will take them next.

Bureau of Criminal Investigation agent Mark Foster has stumbled on uncanny parallels in the lives of the two missing girls that could unlock clues to a serial killer’s identity. That means breaking down the walls of the Willards’ long-guarded secrets and getting to a truth that is darker than he bargained for. Now, to rescue one missing girl, he must first solve the riddles that disappeared with another: Kelsey Willard herself. Dead or alive, she is his last hope.

I hope readers find a thrilling suspense and a message of hope that comes after years of grieving over the loss of a family member.

PRETTY GIRLS DANCING is a genre-straddling suspense with elements of domestic thriller and dark suspense. With five revolving viewpoints, each character close to the plot contributes their own uniquely personal perspective to the loss of Kelsey Willard seven years earlier and the new hunt for the most recent disappearance of a girl from a neighboring town.

Favorite writers include Karin Slaughter, Tami Hoag, Lee Child and Robert Crais. Books by Child and Crais give valuable lessons on the fast-paced plots that typify thrillers. Slaughter and Hoag incorporate the sort of deep point of view and emotional depth that make their thrillers compelling reads. 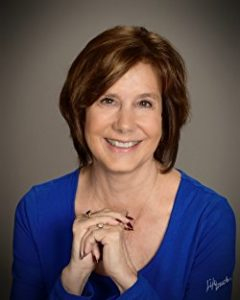 Kylie Brant is a native Midwesterner and resides in Iowa. She has the distinction of selling the first book she ever wrote. That began a career that has spanned nearly forty novels. She’s garnered numerous nominations and awards, including twice winning the overall Daphne Award for excellence in mystery and suspense, and a Career Achievement Award by Romantic Times. She’s a three-time RITA nominee and has been nominated for five RT awards. She’s a mother of five, a former elementary special education teacher and an accomplished multi-tasker. Her books have been published in twenty-nine countries and translated into eighteen languages.

To learn more about Kylie and her work, please visit her website.