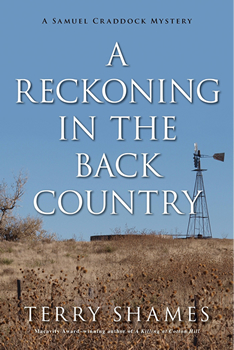 Acting Police Chief Samuel Craddock investigates the murder of a visiting physician whose mangled body is found in the woods.

When Lewis Wilkins, a physician with a vacation home in Jarrett Creek, is attacked by vicious dogs, and several pet dogs in the area around Jarrett Creek disappear, Police Chief Samuel Craddock suspects that a dog fighting ring is operating in his territory. He has to tread carefully in his investigation, since lawmen who meddle in dog fighting put their lives at risk. The investigation is hampered because Wilkins is not a local.

Craddock’s focus on the investigation is thrown off by the appearance of a new woman in his life, as well as his accidental acquisition of a puppy.

Digging deeper, Craddock discovers that the public face Wilkins presented was at odds with his private actions. A terrible mistake led to his disgrace as a physician, and, far from being a stranger, he has ongoing acquaintances with a number of county residents who play fast and loose with the law.

The Big Thrill caught up to Terry Shames to discuss the latest installment in her Samuel Craddock mystery series, A RECKONING IN THE BACK COUNTRY:

All my books in the Samuel Craddock series have addressed serious subjects, but they come with a good dose of humor. Samuel Craddock is a methodical and serious lawman, but his observations also reflect his ability to empathize and understand desperate people. In A RECKONING IN THE BACK COUNTRY, I found it harder to make light of the subjects I address. I’m writing about a doctor who broke faith with his patients, forgetting the pledge to “do no harm.” The secondary subject is dog fighting, a “sport” which is alive and well in many southern states. Neither lends itself to a light touch.

What I want readers to take away from this book, and in all my books, is that ordinary people commit horrible crimes for all the basic reasons—greed, jealousy, fury, and fear of losing position. Even if I have a dithering, chirpy Loretta to ease the pain, and even if Craddock is the moral center of the books, the behavior of some people, even in small towns, can be appalling.

When I started writing the Samuel Craddock series, I knew that I had a protagonist who did not fit into the usual mold. He was an older, retired man who in his youth had been chief of police of Jarrett Creek, but he had not been a lawman for many years. I chose to use an older protagonist because it seemed to me that in crime fiction, wisdom and quiet deliberation are sometimes not given enough credit. Also, in crime fiction older people are often dismissed as irrelevant, gaga, and physically unfit. I wanted to poke that perception with a man who knows how to use his skills to best effect—mentally and physically.

When Craddock steps back into the role as chief of police, his skills are not current with state-of-the-art police practice. Initially he has to use skills intrinsic to himself to solve crimes—his ability to observe, to listen, and to think clearly and logically. He knows his town intimately and knows when things don’t quite make sense. As the series has evolved, he has learned from his counterparts in other law enforcement organizations, such as the Texas Rangers. In book five, The Necessary Murder of Nonie Blake, Craddock has to deal with Maria Trevino, a feisty new deputy fresh out of police academy, who views his skills as irrelevant and outdated. It’s my job to help Craddock and Trevino learn from each other, which lent a wonderful new way of highlighting what Craddock knows and also that he is willing to learn.

That’s the perfect question to ask about this book in particular. Usually my Craddock mysteries come to me smoothly and with complete stories. I love writing them. It’s almost spooky. The stories seem to be like movies I’m observing in my head. This one was really different. I struggled with it every day. Sitting down to write felt like having to take some kind of awful medicine. Halfway through, I asked myself why I was having so much trouble. I’m very political, and thought maybe it was my despair at the current state of politics in this country (don’t get me started).

There was more to it than that. Two years ago I had surgery on my shoulder and the surgeon botched the job. I was in a lot of pain for a long time from a damaged radial nerve and I am told it will never really be right. People urged me to bring a lawsuit. I simply didn’t want to put that kind of energy into it. I knew it would be a long, drawn-out process and I didn’t want to go there. My solution: kill the doctor in a book.

I learned that that was a bad idea! Getting revenge through my victim meant I had to continually focus on this man. In fact, I despised him so much that in the first round of the book I made him so awful that I realized people would read it and say, “Who cares who killed him?” So I had to go back and make him human. I learned that getting revenge on people in books is not all it’s cracked up to be.

I really love that the characters in my books seem to be living real lives. They move on from one book to the next. I’m actually surprised sometimes when I start the next book to realize that while I’ve been busy doing other things, the characters moved on. At first, Loretta was a gossip with romantic designs on Samuel. She gradually let go of that and eventually she discovered an artistic talent. It gave her a new dimension that I never guessed was there. Sometimes Samuel grumbles that she doesn’t bake as often as she did because of her new passion.

Likewise, Samuel’s love interest, Ellen Forester, is due for change. I’m not about to reveal anything about it, but Ellen has a secret.

And in this book, which has a lot of brutality in it, the story is softened by Samuel getting a puppy. How he gets it is more interesting than the fact that he gets it.

And there’s one more big surprise that has to do with the lives of the characters rather than the plot of the book. That’s too big a spoiler, and to find out what it is you’ll have to read the book!

My biggest influence as a writer was always Eudora Welty. People who know she was a southern maiden lady who wrote a lot of short stories and a few books may believe that she wrote nice little stories, often humorous, about small town life. But if you read her stories closely, you realize that under the surface there is often a feeling of dread and sense of imminent violence. It’s often said of sex in movies or books that the “hint” of sexuality is sexier than overt nudity and vigorous sex play. I can think of one movie in particular, Lone Star, which has a scene on a dance floor with no vulgar moves and modest clothing, but that is one of the sexiest scenes ever. I believe the same is true of violence. The suggestion of violence, the hint of potential harm, is often more effective than great, galloping scenes where the hero is yet again kicking butt. One of the most fascinating stories Eudora Welty ever wrote is set in a beauty parlor. By the end the reader feels uneasy. If you go back and find out how she accomplished that, you see that there is no overt violence, but in every paragraph there is language that implies the threat of harm.

That’s what I aim to do—write stories that are entertaining and interesting on the surface, but leave the reader with an understanding of the potential for violence in even a small town. 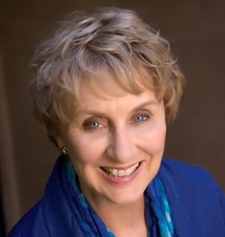 Terry Shames is the author of A Killing at Cotton Hill, The Last Death of Jack Harbin, Dead Broke in Jarrett Creek, A Deadly Affair at Bobtail Ridge, The Necessary Murder of Nonie Black, and An Unsettling Crime for Samuel Craddock, the first six Samuel Craddock mysteries. She is the coeditor of Fire in the Hills, a book of stories, poems, and photographs about the 1991 Oakland Hills Fire. She grew up in Texas and continues to be fascinated by the convoluted loyalties and betrayals of the small town where her grandfather was the mayor. Terry is a member of the Mystery Writers of America and Sisters in Crime.

To learn more about Terry and her work, please visit her website.