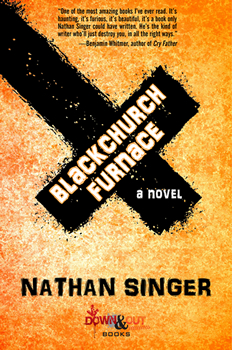 Blackchurch is not the sort of place where folks are inclined to be up in each other’s business, and strange house guests at a neighbor’s pad are not likely to be noticed, let alone remarked upon. So on a day in early October, when two beat-up-looking crackers, a pregnant teenage whore, and a small, androgynous Japanese woman in a large-brimmed sombrero, sunglasses, and wrapped in a patchwork down comforter came to call on D’antre Philips with heads full of prophetic visions and tales of the apocalypse already in progress, nary an eye was blinked. When the end times do come to Blackchurch, it’ll be a day like any other day. And the next day will be too.

BLACKCHURCH FURNACE is a scathing satire of faith, family, and all that we hold dear, where the only thing you can believe in are the voices in your own head…and they are every bit as crazy as you are.

This is what I said about A Prayer for Dawn way back in 2004—“In a nutshell, I am attempting to deal with the notion of art and culture in our current, post-September 11th climate. What purpose does art serve, particularly in times of war? Surely we know that art can heal, but what about art that is not meant to heal? What responsibility does the artist have to his/her society? Is there a limit to what a society should tolerate from its artists, and what is that limit? These are some of the issues I am attempting to address in this book, all with a bent toward the satirical, the absurd, and at times, the surreal. Present day America feels very surreal to me, so that is certainly a presence in my work. The common thread throughout all of my work—my fiction, my music, my poetry, my spoken word performances—is the concept of ‘prison’. Physical prisons, economic prisons, social, spiritual, sexual, emotional, etc. For this reason I have placed some of my characters in A Prayer for Dawn in actual, state-operated prisons. But all of the characters are in prison in one form or another.” As BLACKCHURCH FURNACE is at least a “spiritual sequel” to A Prayer for Dawn (if not a strictly narrative one) a lot of this holds true for the new book as well. It is certainly a dark satire in the same vein, focusing less on “art” (such as it is) in society and more on “faith” (ditto) and community as constructs within the society. I hope readers will find BLACKCHURCH FURNACE engaging and thought-provoking enough to have heated, hours-long arguments about it at their local tavern. That’s my measure of success.

As with all of my other books, I hope BLACKCHURCH FURNACE pushes the boundaries of what readers expect from the very concept of “genre.”

I wrote much of A Prayer for Dawn in front of live audiences during solo spoken word performances. Continuing and expanding on that technique for BLACKCHURCH FURNACE (which is a more complex work overall) I worked out a lot of this material both in live solo performance, but even more importantly, with live ensembles. I was surprised that it worked as well as it did.

The two writers that I most admire are William Burroughs and Kurt Vonnegut. The aspect of both of their writing that most appeals to me is their appreciation for relativity. The idea at work here is that nothing is intrinsically “good or evil,” “sacred or profane,” “moral or immoral,” except that with which we have collectively (and perhaps arbitrarily) decided is such. “Nothing matters” and “everything matters” are essentially the same argument. And to further that idea: imagination has no morality. An artist may very well be an extremely scrupulous and ethical individual, but his or her imagination, if said artist is anything of an artist at all, has no morals. A moral imagination is a stifled imagination. 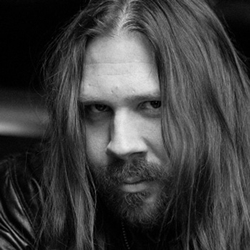 Nathan Singer is a novelist, playwright, composer, and experimental performing artist. He is also the lead vocalist and guitarist for award-winning “ultra-blues” band The Whiskey Shambles. His published novels are the controversial and critically-acclaimed A Prayer for Dawn, Chasing the Wolf, In the Light of You, The Song in the Squall, and Transorbital. He currently lives in Cincinnati, Ohio, where he is working on a multitude of new projects.