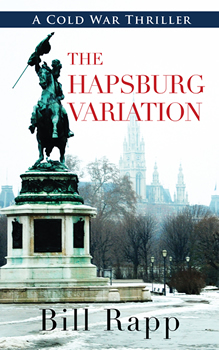 Eight years into his career with the CIA, Karl Baier once again finds himself on the front line of the Cold War. He is stationed in Vienna in the spring of 1955 as Austria and the four Allied Powers are set to sign the State Treaty, which will return Austria’s independence, end the country’s post-war occupation, and hopefully reduce tensions in the heart of Europe. But the Treaty will also establish Austrian neutrality, and many in the West fear it will secure Soviet hegemony in Eastern Europe and create a permanent division.

Asked to help investigate the death of an Austrian aristocrat and Wehrmacht veteran, Baier discovers an ambitious plan not only to block the State Treaty, but also to subvert Soviet rule in lands of the old Hapsburg Empire. Then Baier’s wife is kidnapped, and the mission becomes intensely personal. Many of his basic assumptions are challenged, and he discovers that he cannot count on loyalties, even back home in Washington, D.C.

At each maddening turn in the investigation, another layer must be peeled away. Even if Baier succeeds in rescuing his wife, he faces the unenviable task of unraveling an intricate web of intrigue that reaches far back into the complicated history of Central Europe.

The Big Thrill caught up with Bill Rapp to discuss his latest novel, THE HAPSBURG VARIATION:

I hope readers will recognize that in the world of intelligence and espionage–as in so many other professions–one can never escape the importance of history. It pervades the world of the intelligence officer, as well as the policymaker and diplomat, all three of which are intertwined. I hope readers will also acquire a more realistic sense of the work itself, the challenges it presents, and the rewards it can provide.

One thing missing from so many books in the genre, in my view, is the nexus between policy and intelligence, as well as the link between the past and present. Too many stories take place within a vacuum that is divorced from the real world of intelligence. One of my goals in THE HAPSBURG VARIATION, and the Cold War Spy Series more broadly, is to let the readers see just why intelligence officers do the work they do, and why it so important to policymakers and diplomats.

I consider Raymond Chandler and Ross MacDonald as the two paragons of American detective fiction for their superb prose, their ability to place their stories within the social context of their times, and their capacity to understand the dark underside that exists within all of us. In spy fiction, my model is Charles McCarry for his understanding of the nature and challenges of the work, the importance of history, and the depth of his characters. 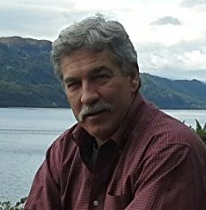 Bill Rapp recently retired from the CIA after 35 years as an analyst, diplomat, and senior executive. He began his professional life as a historian and taught for a year at Iowa State University before heading to Washington, D.C. He received his PH.D. in European History from Vanderbilt University, an M.A. from the University of Toronto, and a B.A. from the University of Notre Dame. THE HAPSBURG VARIATION is the second book in the Cold War Spy Series, featuring Karl Baier. The first book in the series, Tears of Innocence, appeared under the Five Star/Cengage label. Bill also has a three-book P.I. mystery series set outside Chicago, Illinois. He lives and writes in Northern Virginia with his wife, two daughters, two schnauzers, and a cat.