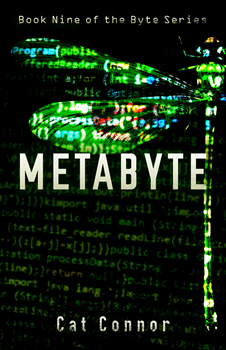 Her niece is abducted and her in-laws disappear. Long-deceased agents turn up in garages across the city – dead again. No wonder SSA Ellie Iverson’s internal alert goes off the scale.

Enigmatic clues and codes from a missing colleague and brother-in-law about the seepage of sensitive FBI data lead to the sudden death of a team member and leave Delta A spinning. Two new agents, with special talents akin to Ellie’s, join the team and ramp her alarm sensors even higher. Her niece’s social media life offers clues to a horrifying network and its activities.

Working under a directive from the Director of the FBI and with the Wayward Son Protocol, Ellie and Delta A work to disentangle leads from the darknet, stem the flow of death, and bring her family home.

METABYTE author Cat Conner spent some time with The Big Thrill discussing the ninth installment of The Byte series:

A sense of enjoyment.

This is the 9th book in The Byte Series – as always tough subjects are broached and a platform for discussion is provided.

I discovered a lot of new things. I was most surprised by the reaction of my main character to certain events within the book.

If I told you it would be a spoiler …

Jeffrey Deaver had an influence early on, as did Alexandre Dumas. One offered timely advice; the other gave me a love of action. 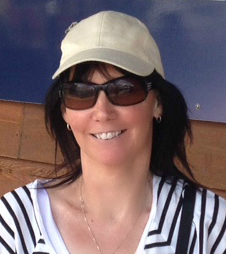 Cat Connor is a Cantabrian who has spent most of her life in the Wellington Region. She’s not overly fond of earthquakes but they are a part of New Zealand life – she’s yet to figure out how to explain that to her retired greyhound.

A coffee addict, lover of Whittaker’s chocolate, and tequila aficionado, Cat has been described as irresistible, infectious, and addictive. She believes music is as essential to life as breathing. Cat can often be found by following the sounds of Bon Jovi flying through the air. When she’s not writing Cat enjoys Netflix, reading, hanging out with friends, and travel.

She is the co-director of Writers Plot bookshop: A unique independent bookshop for Indie publishers, authors, and discerning readers. Cat is the current President of Writers Plot Readers Read Incorporated Society. She’s a member of International Thriller Writers, Backspace, Masters of Horror and Kiwi Writers and many groups she’s forgotten to mention.