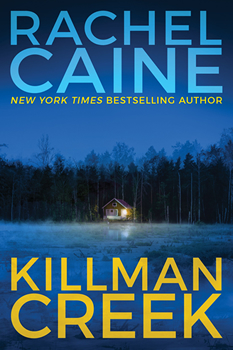 Gwen Proctor won the battle to save her kids from her ex-husband, serial killer Melvin Royal, and his league of psychotic accomplices. But the war isn’t over. Not since Melvin broke out of prison. Not since she received a chilling text…

As trust beyond her small circle of friends begins to vanish, Gwen has only fury and vengeance to believe in as she closes in on her prey. And sure as the night, one of them will die.

Bestselling author Rachel Caine took time out of her busy schedule to discuss her latest, KILLMAN CREEK, with The Big Thrill:

This is the sequel to Stillhouse Lake, and I hope KILLMAN CREEK keeps readers guessing, and on the edge of their seats, as the battle between Gwen and her serial killer husband reaches its peak.

This series (Stillhouse Lake, KILLMAN CREEK) examines the shattering consequences of being related to a heinous killer, and combines it with the toxic environment so prevalent in Internet culture of instant karma and vigilante justice. I hope it provides a useful insight into the nightmare that can overcome anyone in today’s connected world.

In researching the dark web and the underbelly of Internet troll groups, the accessibility of truly shocking (and sometimes entirely faked) videos, Bitcoin blackmail, and the existence of a very real trade in “performance” murder was truly a disturbing to me.

I’ve always been fascinated with true crime, but what truly drew me to write these books was the absence of discussion of the consequences to killers’ families … of what their lives were like in the aftermath, particularly in today’s constant-contact culture.

I’ll always go back to Stephen King’s Misery and Thomas Harris’s Red Dragon as huge influences, but also outstanding suspense novelists like Tess Gerritsen, Lisa Unger, Lauren Beukes, and Chelsea Cain… All are masters of character and craft, and greatly inspired me to reach for something unexpected. 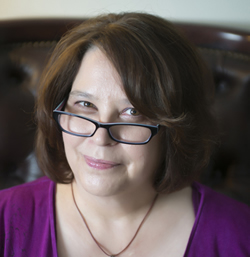 Rachel Caine is the New York Times and USA Today bestselling author of more than 50 novels, including the smash hit suspense novel Stillhouse Lake, and the bestselling Morganville Vampires series and Great Library series in young adult. She lives and works in Fort Worth, Texas.