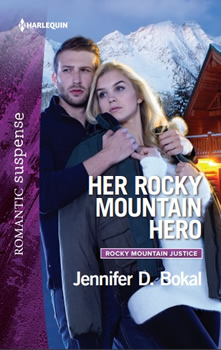 When security expert Cody Samuels finds fugitive Viktoria Mateev in hiding, he can’t believe his luck. Turning her in will be the perfect revenge on the crime family who destroyed Cody’s DEA career. But to his surprise, Cody is just in time to rescue Viktoria from assassins. He soon finds himself tracking her son’s kidnappers.
To keep her son from ruthless in-laws, Viktoria went on the run. Now she’s teaming up with a man she can’t trust. Cody’s courage and bold gambits are a temptation Viktoria can’t resist– even as the risky sacrifice guarantees they might not survive to see another holiday.

My goal isn’t to change anyone’s life, but their afternoon. I hope that readers can settle down with this book and a cup of tea and escape for a few hours. HRMH is also a holiday story, so I hope that this book adds to their delight of the holiday season.

I am a self-described romance author and HRMH is my first book for Harlequin Romantic Suspense. I had written Ancient World Romance before– gladiators, specifically– and had a sense that suspense and action/adventure were almost the same thing. There are fight scenes. People die. The good guys. Now, while that’s true, there was much more to a suspense and a thriller than a good car chase. It’s like really good dialog isn’t what’s being said, but the silence between words. A thriller isn’t about everything coming out on the page at first; it’s about what’s not there. Or a mundane detail that means everything. Once I figured that out, the book came together. And I even got to keep the great fight scenes!

Lee Child was a huge influence for this book. HRMH is my first romantic suspense and, while I knew how to write romance, the suspense was more action/adventure in earlier drafts. But, I found that re-reading some Childs’ books helped–especially the attention to details and then later why and how those details were important to the story.
The first authors I loved as a teen were Victoria Holt and Daphne DuMaurier. I always find myself trying to capture the atmosphere of a book like they did. I play with light and shadows a lot. 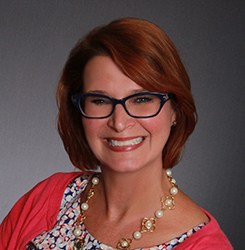 Winner of the Sexy Scribbler for 2015, Jennifer D. Bokal is the author of the best-selling Ancient World Historical Romance, The Gladiator’s Mistress and the second book in the Champions of Rome series, The Gladiator’s Temptation. Jen holds a master of arts in creative writing from Wilkes University and is a member of the Romance Writers of America and International Thriller Writers. Happily married to her own Alpha Male for twenty years, she enjoys writing stories that explore the wonders of love. Jen and her manly husband live in upstate New York with their three beautiful daughters, two aloof cats, and two very spoiled dogs.