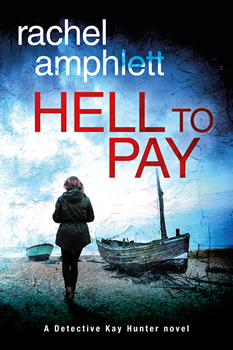 With her enemies unmasked and her career spiralling out of control, Kay’s determination to seek vengeance for the victims brings her dangerously close to those who want to silence her.

Undeterred, she uncovers the real reason behind a plot to destroy her career and sets in motion a terrifying chain of events.

Could Kay’s need for revenge be her undoing, or will she survive to see justice served?

A sense of closure in the sub-plot that has been boiling under the surface of the earlier books in the Kay Hunter series, and a need to find out what’s next in store for this detective!

HELL TO PAY provides a fast-paced alternative to the police procedural aspects of the genre by incorporating thriller elements and solid research.

I tend to have a basic outline of a story before I start to write, but I always give myself a bit of wiggle room to let the characters develop – you never know what’s going to emerge out of some dialogue or an action they take, after all. In HELL TO PAY, I really loved the way the supporting cast gelled together to solve the mystery and the divisions that grew between them and the other team they viewed as imposters. There’s lots of tension in the story, even when the bad guys aren’t in the scene!

HELL TO PAY will have readers staying up late to find out if Detective Kay Hunter will survive this next investigation – I really do throw everything at her!

I felt very lucky to have met Peter Robinson and Ann Cleeves while at Bouchercon earlier this year. They’re two writers who I very much look up to, both for the quality of their writing and their kindness towards other writers and their readers. Meeting them both within moments of each other was a real highlight of the conference for me. 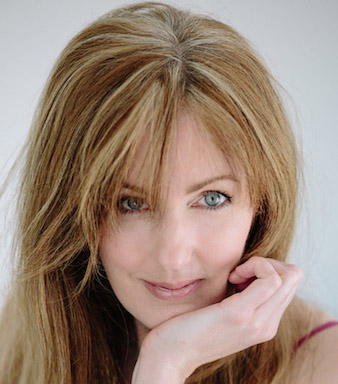 Originally from the UK and currently based in Brisbane, Australia, Rachel’s novels appeal to a worldwide audience, and have been compared to Robert Ludlum, Lee Child and Michael Crichton.